Previous Next
The New NBA 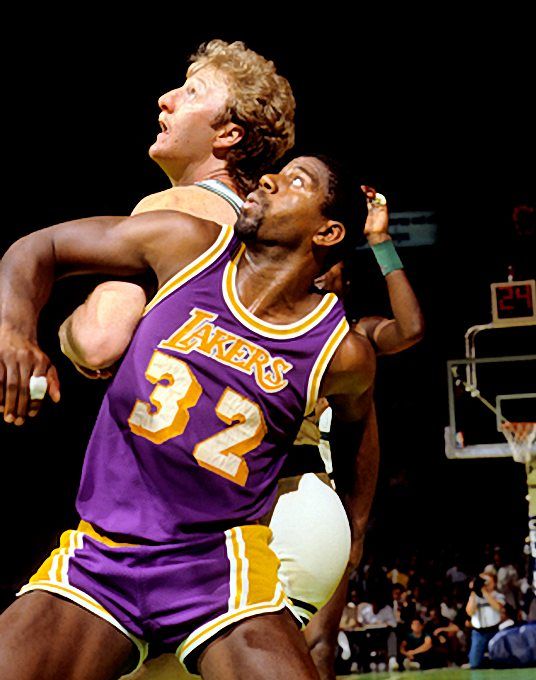 The NBA has been around now for more than 60 years and the Boston Celtics dynasty of the 1950’s and 1960’s was the league’s bedrock. The NBA’s popularity took off during the 1980’s as the rivalry between Larry Bird and his Celtics against Magic Johnson and the Los Angeles Lakers made the league a box office attraction. And we darn sure cannot overlook what Michael Jeffery Jordan and his Chicago Bulls did during the 1990’s which resulted in six NBA Titles for the franchise. But whereas those respective eras of basketball were decided on the hardwood, today’s version of the edition has been more defined by “buddy ball”.

The new trend of “player empowerment” in the NBA has resulted in star players consistently looking to leave teams in order to meet up with their buddies with one team in order to form their version of “the big three”, or in some cases a quartet of players.

This trend ascended to new heights when small forward LeBron James had his infamous “decision” in 2010 when he decided to leave the Cleveland Cavaliers in order to join the Miami Heat. James signed a seven-year deal with the Heat, but he opted out after the fourth year. And in spite of winning a pair of NBA Titles in four finals appearances with the Heat, James decided to return to the Cavs. James’ second stint was highlighted by him only taking one-year deals in order to keep the team’s front office on notice that he could spurn them which more often than not resulted in them giving into his roster demands. James’ pressure did help the Cavaliers win their only NBA Title in 2016, but a butting of heads between him and team owner Dan Gilbert led the superstar to leave in free agency last summer to join the Los Angeles Lakers.

In Los Angeles, James has attempted to play the role of player/general manager once more which resulted in him alienating the majority of the Lakers young roster last season which also paved the way for the franchise to acquire power forward Anthony Davis from the New Orleans Pelicans this summer. James is attempting to establish another super team, but the proposed center piece of the team said no thanks to LBJ.

Ever since the Toronto Raptors claimed their first NBA Championship last month, the rumors were rampant in regards to small forward Kawhi Leonard joining James with the Lakers as a free agent. And during this past week, darn near every nationally televised sports show in had their “experts” telling us which team that Leonard was going to sign with. But in the end Leonard decided to spurn James as well as the Raptors in order to join the Los Angeles Clippers. And in doing so, Leonard convinced the Clippers brain trust to strike a deal to acquire small forward Paul George from the Oklahoma City Thunder to give him a running mate in L.A. as the Clips hope that this duo will lead them to an NBA Championship.

So this is the new era of the NBA as player empowerment has led to players showing that they are going not going to be loyal to the owners just as the owners are to them. But at what point is it too much?

Generally when you hear about players being unhappy with their current team heading into free agency, it comes down to the player either not being happy with his money, or being disappointed with his current team’s ability to win. However in the case of Leonard, it was neither as the Raptors could offer him more money than any other team, while they clearly proved that they are committed to winning. But it was too enticing for him to go home and try to win a third NBA Title with a third different franchise, while also returning to his native Southern California.

Yes, the Raptors finally got their NBA Championship that they had steadily been building towards for 24 years, but like the Dallas Mavericks of 2011, they won’t get the opportunity to repeat as champs due to the fact that their team has been dismantled. The Raptors knew that they were taking a chance when they acquired Leonard from the San Antonio Spurs last summer, as the possibility of him leaving this summer in free agency this summer was there, and now they have to deal with that reality.

So as the Raptors have to start over in order to become a championship team, when will enough be enough in regards to players and management being on the same page in regards to winning? Yes James was not the first superstar to flex him muscles in order to get his way, nor was he a part of the first super team in the NBA, but he has changed the dynamic due to the fact that we’ve never seen a player of his caliber consistently leave teams willingly. And because of this you can make the argument that James’ constant team shuffling has cost him some opportunities to win due to the fact that it takes time to build championship chemistry.

And like the old saying goes, you take your cue from the top of your organization as in the case of the players it is James who publicly wants these guys to take control of their own destiny which is a partial cover up for his propensity to be a bandwagon jumper.

Free agency brings a wealth of ratings for the NBA as fans are excited to see who is going where, but it is also a bad precedent when a star player leaves a championship team in order to play with his friend. This is not the playground where you’re playing pickup games with your boys, but today’s NBA players tend to think that way as they’ve turned the All-Star Game into their own G20 summit.

Say what you want, but dynasties are good for sports as you always need that team that you love to hate. In recent history it was the Golden State Warriors who’ve won three of the last five NBA Championships, and for all we know the Raptors could have been the squad to replace them. However we will never know as more than ever the NBA has become a year-to-year league.