The Grass Is Not Always Greener

Previous
The Grass Is Not Always Greener

15 months ago small forward Kawhi Leonard was sitting on top of the world. Leonard had just helped the Toronto Raptors win their first NBA Championship, and in the process he had an entire nation on his back as the country of Canada embraced the native of Southern California as if he was one of their own.

But the Raptors championship celebration was short lived as they headed into the summer well aware of the possibility that Leonard could leave Toronto as a free agent. The Raptors pulled out all of the stops to maintain the services of Leonard which included offering him a max contract. But the royal treatment did not stop there for Leonard as one real estate mogul in the Toronto region was willing to allow the All-Star the ability to live rent free in one of the penthouses in a building that he owned. However the allure of going home was too much for Leonard as he decided to leave Toronto in the summer of 2019 to join the Los Angeles Clippers.

Leonard’s arrival to the Clippers was supposed to be the final piece in turning around one of the NBA’s worst franchises historically as they now had their superstar who was going to be coached by Doc Rivers for a team that is owned by billionaire Steve Ballmer.

Leonard’s arrival did help the Clippers live up to the hype in the regular season as they were able to defeat the Los Angeles Lakers twice, while finishing second in the Western Conference. However when things shifted to the bubble in Orlando this summer as the NBA sought to finish their season which had been stopped for four months due to Covid-19, the issues that were on display for the Clippers pre-Covid, showed up for the basketball world to see.

This season the Clippers had a bad habit of playing down to the level of their competition. And in the NBA Playoffs, that showed up again as the Clippers had to work to defeat the Dallas Mavericks in the first round in six games. Los Angeles appeared to have gotten over that hump when they built a 3-1 series lead over the Denver Nuggets in the Western Conference Semifinals, only to blow double-digit losses in each of the final three games of the series to be sent home.

The loss to the Nuggets sent shockwaves throughout NBA and when the dust had settled, Rivers was no longer the head coach of the Clippers. And instead of the Clippers meeting the Lakers in the Western Conference Finals, they are home now licking their wounds.

Yes, you could see the writing on the wall that Rivers was going to lose his job following the collapse by the Clippers, but this is a situation where we cannot allow Leonard to skate away and not receive any criticism for this. 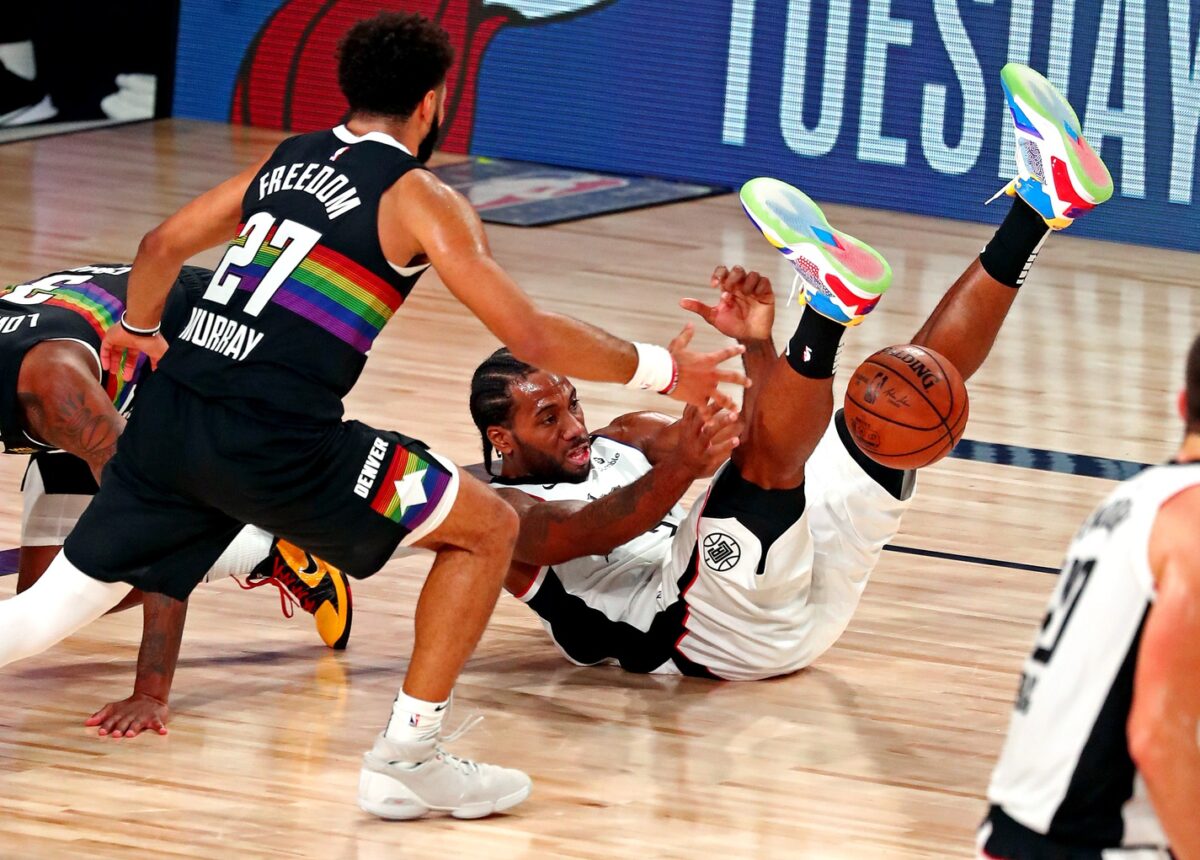 For the series against the Nuggets, Leonard did average 24.3 points per game. However in Game 7, Leonard only managed to score 14 points on just 6-of-22 shooting as the man who could do no wrong for the Raptors last year now has to deal with something that he unaccustomed to which is to be front and center to receiver criticism.

In 2011, Leonard was a first-round pick of the Indiana Pacers who immediately traded him to the San Antonio Spurs. And it was in San Antonio where Leonard would become a household name as he helped the Spurs win the NBA Title in 2014 which included him being chosen as Finals MVP. In San Antonio, Leonard would emerge from the shadow of legendary Spurs players Tim Duncan, Tony Parker, and Manu Ginobili to become the new face of the franchise. However a lingering thigh injury in 2018 would be the beginning of the end for Leonard in San Antonio as he nor the franchise were on the same page in regards to his injury.

This would result in Leonard being traded to the Raptors in the summer of 2018 as Toronto knew that they were rolling the dice in regards to trading for a player who could leave after just one season there. And when Leonard led the Raptors to their first NBA Championship in 2019, it appears he was ready to stay in Canada long-term.

However Leonard now has to deal with the harsh dose of reality as he walked away from the perfect scenario, but his ego would not allow him to see that.

Had Leonard stayed in Toronto, and if he had never won another NBA Title there, his legacy would have been cemented being that he won a championship as he now had an entire nation behind him. But Leonard instead opted to be a follower and hop on board with the latest fad in the NBA which is to see what other All-Star caliber players that you can team up with in order to form a “super team”.

Leonard was the center piece of a Raptors team that was built to contend for the NBA Championship for the next few years, but he instead decided to rub elbows with small forward Paul George in Los Angeles. And instead of contending for another title in Toronto, Leonard had himself a front row seat to watch George execute one of the greatest disappearing acts in NBA Playoff history as he simply forgot how to play basketball at a high level. And without Leonard, the Raptors were still the top team in the Atlantic Division as it took the Boston Celtics seven games in the Eastern Conference Semifinals before they could eliminate them: so I will let you fill in the blanks in regards to what the Raptors could still being doing had Leonard decided to stay there.

But now unlike it was for Leonard in San Antonio or Toronto, the pressure is on him now to deliver in Los Angeles; especially since Rivers got fired, and he (Leonard) has players such as George that he wanted to play alongside, but failed to deliver. Ballmer will use all of his resources to find a head coach that he feels can get this team to that championship level. But it won’t mean a thing if Ballmer cannot get a quality point guard which is something that Leonard had both in San Antonio and Toronto, or perimeter shooters as aside from guard Lou Williams, the Clips don’t have a player (Leonard included) who puts fear into opponents from behind the three-point arc.

Leonard walked away from a Spurs organization which has won five NBA Championships since 1999, while he also bid farewell to the defending league champs last summer. And Leonard did this in order to join a Clippers franchise which has never made it past the conference semifinals which dates back to their days as the Buffalo Braves.

Leonard is quiet and unassuming which he was able to get away with in San Antonio and Toronto due to his being in strong locker rooms which gave him the ability to fly under the radar. But now in Los Angeles with a huge contract attached to him, he is the guy. And it is hard to be the guy in a big market like Los Angeles when you’re quiet.

The Clippers are that pretty girl who cannot cook and doesn’t work, but they make for good eye candy. And in choosing her, you ignore that woman that works, cooks, and helps you raise a family. The grass is not always greener on the other side which is something that the quiet Leonard has now found out as he and the Clippers must figure out what it’s going to take in order to bring an NBA Title to the other basketball team in Los Angeles.