It was not a shock so see quarterback Jordan Love be selected late in the first round of the 2020 National Football League Draft, but the surprise came when he was picked by the Green Bay Packers. After the New England Patriots passed up on Love, the Packers would make a trade with the Miami Dolphins to move up to the 26th overall slot to select Love.

Love is a versatile quarterback whom the Packers deem as their future at the position. And luckily for Love, he won’t have to worry about being thrust into the starting position immediately as he can sit back and learn from Aaron Rodgers.

Green Bay would get a steal in the sixth round when they selected guard Jon Runyan Jr. who will definitely get some reps on the Packers offensive line as a rookie, and once he cracks the starting lineup, he will not be taken out of it.

Other than the additions of Love and Runyan, it was a pedestrian like affair for the Packers at the draft as overall this draft class will be a work in progress.

The Minnesota Vikings were very busy last week during the National Football League Draft. In total the Vikings made 15 selections during the draft as after making the playoffs last season, they are looking to build off of that and get to the Super Bowl.

After trading wide receiver Stefon Diggs to the Buffalo Bills this off-season, I expected the Vikings make a play on getting a new deep threat for their passing game early on in the draft. And Minnesota wasted no time in doing so they would use a first selection of the draft on wide receiver Justin Jefferson. 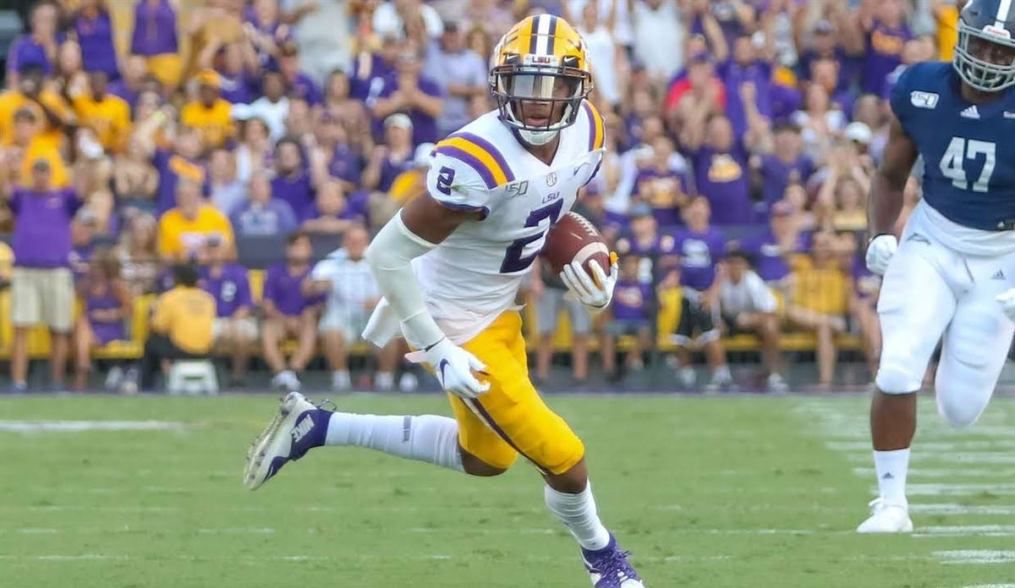 This draft was deep at the receiver position, but the play making ability of Jefferson was too good for the Vikes to pass on. Jefferson helped the LSU Tigers win the national title last year as he is a talented receiver who can stretch the field, while he is not afraid to go over the middle as well.

After selecting Jefferson, 9 of Minnesota’s remaining 14 picks would be used on defense as after being 14th in the NFL in total defense last season, they are looking to improve on that side of the football.

The biggest defensive standout that the Vikings drafted was defensive tackle James Lynch. Last year Lynch was the Big 12 Conference’s Defensive Player of the Year as the result of his 13.5 sacks for the Baylor Bears. Lynch is a disruptor on the interior of the defensive line, and he joins a franchise that is known for producing tremendous talent on the defensive line.

Most of the players drafted by the Vikings this year will be development projects, but expect Jefferson and Lynch to have immediate impacts.

As the result of acquiring outside linebacker Khalil Mack from the Oakland Raiders in 2018, the Chicago Bears entered the NFL Draft for the second consecutive year without a first-round choice. The Bears would have to the 43rd overall selection of the draft before they were able to get involved in the process as they would select tight end Cole Kmet. Make no mistake about it that Kmet is a wide receiver in a tight end’s body, but the biggest issue is that the Bears already had nine tight ends on the roster prior to drafting Kmet.

In recent years the Bears have lacked explosiveness from the wide receiver position as their offense is vertically challenged. And as the Bears failed to address their needs at wide receiver until the fifth round after they allowed so many talented players at the position pass them by, it really won’t matter who will be under center in Chicago this year because he will be fighting an uphill battle.

The 2020 draft class of the Detroit Lions has the potential to be feast or famine for the National Football League’s franchise that calls the Motor City home. After finishing the 2019 NFL season with a record of 3-12-1, the Lions entered the draft with a chance to change the fortunes of their club as they would be picking early on in each round.

Detroit would use the third overall pick on cornerback Jeff Okudah whom they are hopeful will be able to come in and be an immediate starter after they traded cornerback Darius Slay to the Philadelphia Eagles this off-season. For the longest time the Lions have struggled to run the football, and they are hopeful that the addition of running back D’Andre Swift in the second round will remedy that as he is a very elusive runner.

The Lions would use their first selection of third round of outside linebacker Julian Okwara whom they are hopeful will be able to bolster their rush. And after selecting Okwara, the Lions would use four of their remaining seven choices on either offensive lineman or defensive lineman as their head coach Matt Patricia understands the need for this  team to get tougher in the trenches if they are going to be able to compete in the NFC North.