For the first time as a member of the National Football League, the Kansas City entered the NFL Draft in the catbird’s seat as Super Bowl Champions. The Chiefs didn’t have an overall glaring need like some teams did, but they still found another playmaker for one of the most explosive offenses in the NFL as they selected running back Clyde Edwards-Helaire.

At 5’7″, 207 lbs., Edwards-Helaire is built very low to the ground, and his thick frame allows him to fight off tacklers. And as Chiefs head coach Andy Reid is an innovator on offense, he will find a way to incorporate Edwards-Helaire into the Kansas City offense this year as both a receiver and runner.

It would have been nice to see the Chiefs to pick up another quality pass rusher in the draft, but they still have a deep team as they’ll head into the new season looking to repeat as Super Bowl Champions. 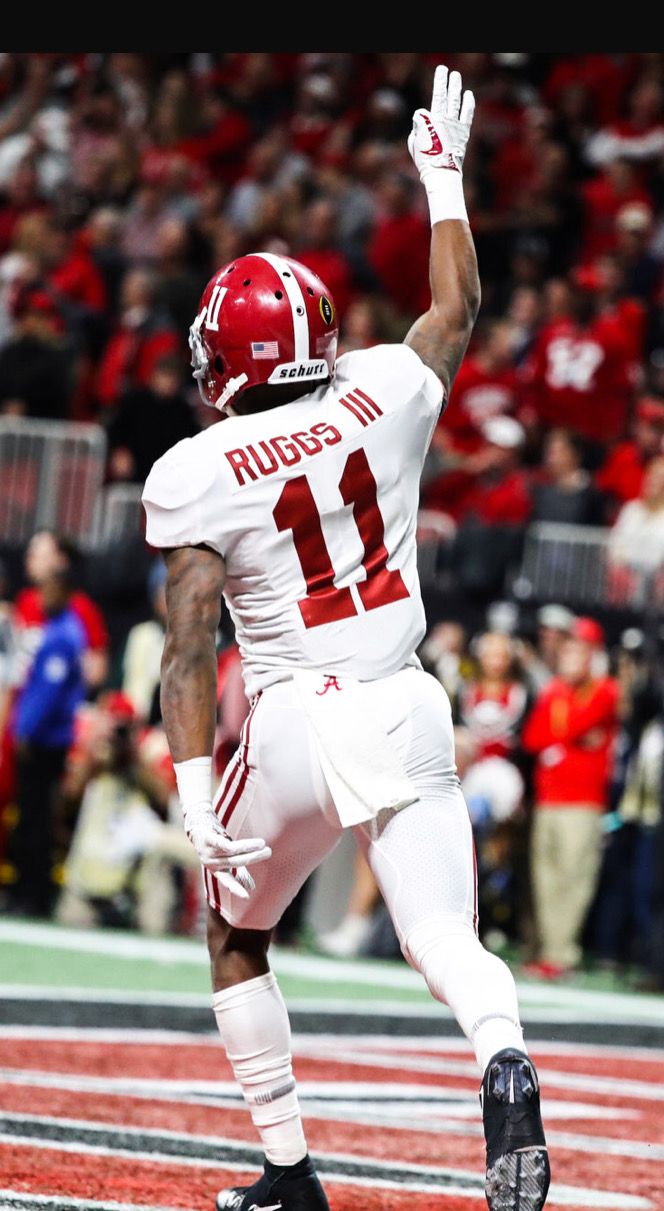 The Las Vegas Raiders came into the 2020 National Football League Draft looking for a much needed infusion of speed and they got it. The Raiders used their first pick of the draft on wide receiver Henry Ruggs who can flat out fly. Ruggs was one of the fastest players in this draft, but he also has a solid pair of hands on him that will make him a dependable pass catcher for Raiders quarterback Derek Carr.

The Raiders also needed to get more athletic in the secondary, and they addressed that with their second pick of the first round as they selected cornerback Damon Arnette. And the Raiders need all of the help that they can get in the secondary if they are going to be able to compete with the Kansas City Chiefs in the AFC West.

The Raiders continued to upgrade their speed in the third round when they selected wide receiver Lynn Bowden Jr. At times Bowden played quarterback collegiately for the Kentucky Wildcats, while he is also a dangerous player in space, and this is an attribute that you can anticipate Raiders head coach Jon Gruden to consistently use in 2020.

Since Gruden has been back with the Raiders, he has had an affinity for selecting players who played for the Clemson Tigers, and he added two more later in this draft in safety Tanner Muse and guard John Simpson as Las Vegas is looking to make some waves this year in the AFC West.

Last season the Denver Broncos were ranked 29th in the National Football League in passing yardage which is not going to get it done in the current league. Broncos executive vice president of football operations John Elway headed into the 2020 NFL Draft looking to remedy that as he knows that his team needs to be more vertical, and he used his first two picks on wide receivers.

This arguably could be the deepest draft for wide receivers in NFL history, and Elway found a quality pass catcher in round one in the form of Jerry Jeudy. As the Broncos are looking to build around quarterback Drew Lock, they are in the business of getting him players to get the football to. Jeudy is a solid route runner, while he also has some of the best hands of any wide receiver in this draft class. And the dependability of Jeudy will make him a favorite of Lock from his first day in Denver.

Elway would find another quality pass catcher in the second round in the form of wide receiver KJ Hamler. Unlike Jeudy, Hamler is not as polished, but his athleticism was too much for Elway to pass up on. Hamler’s biggest attribute that he brings to the table is speed as the combination of him and Jeudy will result in the Broncos passing game being one of the most improved in football this year.

The Broncos lost longtime cornerback Chris Harris in free agency, and although that they acquired cornerback A.J. Bouye from the Jacksonville Jaguars this off-season, they didn’t stop there in regards to upgrading the secondary. Denver would use a third-round choice on cornerback Michael Ojemudia who gives them another athlete in the secondary.

Aside from upgrading the offensive tackle position, the Broncos did a solid job in regards to addressing needs this past weekend as they look to once again be a contender in the AFC West.

Publicly the Los Angeles Chargers said that they were committed to Tyrod Taylor as their starting quarterback, but picking so early in the 2020 National Football League led me to not believe that statement. The Chargers entered the draft in possession of the sixth overall pick, and with two quarterbacks already gone, Los Angeles decided to select Justin Herbert.

At 6’6″, 236 lbs., Herbert has the prototypical size needed at the quarterback position in the NFL, but will he be able to consistently put it together? Herbert is mobile and he also has a solid arm, but his decision making with the football can be questioned at times which must change if he plans to have long-term success in the NFL.

The Chargers then surprised many people when they traded back into the first round as they selected linebacker Kenneth Murray. In selecting Murray, the Chargers wanted to jump ahead of several teams that were interested in him due to his versatility. Murray can cover sideline to sideline and that is an important on defense under Chargers head coach Anthony Lynn.

In moving up to take Murray, the Chargers gave up several picks to the New England Patriots and with the remainder of this picks in the draft, they didn’t find a player who will be able to come in and have an immediate impact.