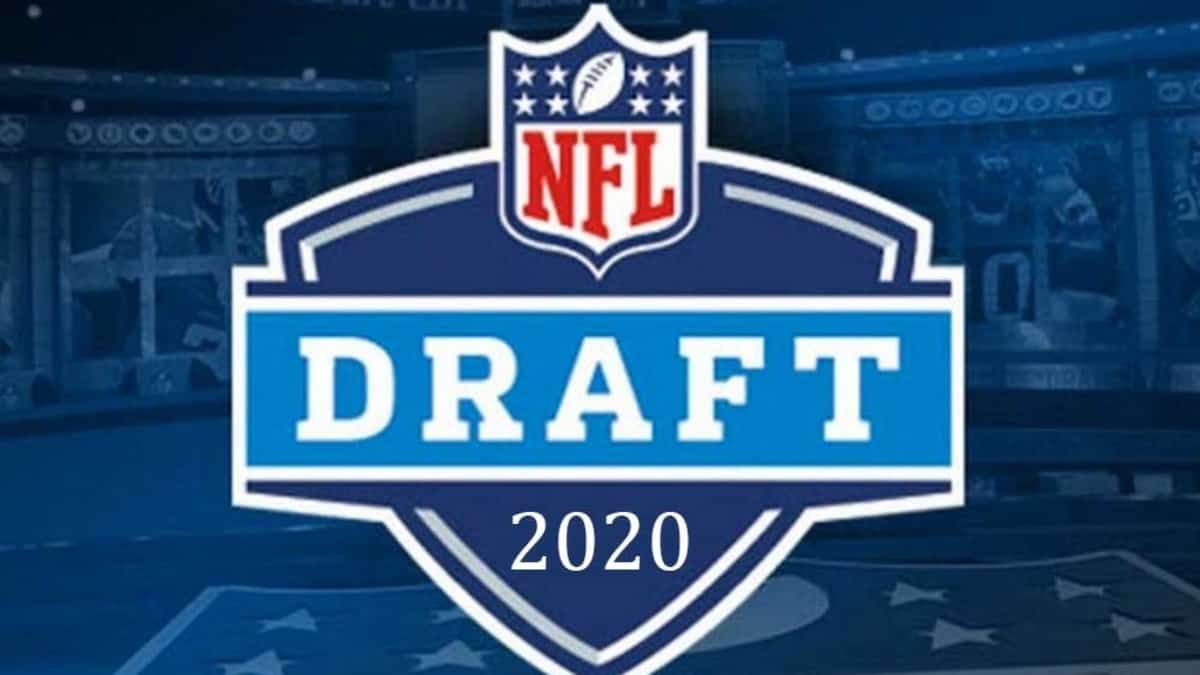 Post Tom Brady life has begun for the New England Patriots, but that didn’t mean that they were ready to shy away from how they conduct business at the National Football League Draft. Most people expected the Patriots to select a quarterback in the first round of the NFL Draft, but in typical Patriots fashion under head coach Bill Belichick, they would trade the pick to move out of the first round; and in the process would pass up an opportunity to select quarterback Jordan Love.

New England would not address their need for a quarterback in this draft as they would instead focus on retooling their defense. The Patriots were decimated on that side of the football in free agency, and this draft was all about finding new players for their system. 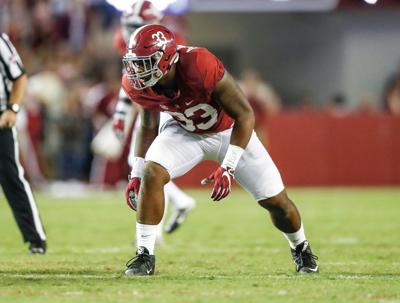 The best of those players drafted was linebacker Anfernee Jennings. During Belichick’s time with the Patriots, he has had success in going to the University of Alabama to find quality defensive players, and he gets another one in Jennings. Jennings is a versatile defender which is something that Belichick covets as he will be a Pro Bowl selection in the early stages of his career in New England.

It was a typical draft for New England under Belichick as it appeared to be no-frills on the surface, but it will pay dividends in the near future for them.

In the eyes of many people the Buffalo Bills will be the team to beat in the AFC East in 2020, and they were able to add to that belief with a strong showing over the weekend during the National Football League Draft.

As the result of acquiring wide receiver Stefon Diggs from the Minnesota Vikings this off-season, the Bills didn’t have a first-round pick in this year’s draft, but they still found themselves an impact player in round two in the form of defensive end AJ Epenesa.

Many observers projected Epenesa to go in the first round of the draft, but he slipped to the Bills late in the second, and they got themselves a steal.

At 6’6″ 280 lbs., Epenesa is a stud who can flourish into a quality pass rusher. Epenesa may never be a superstar, but he will be a good contributor from day one for a Bills defense that is already one of the best in the NFL.

The remainder of the draft would see Buffalo add depth with the likes of running back Zack Moss, while taking quarterback Jake Fromm in the fifth round was a safe pick for them being that they didn’t reach for him as he’ll be developing, and can also add depth at the position behind Josh Allen.

When the Bills went to four consecutive Super Bowls during the 1990’s, they did it through their ability to build through the NFL Draft, and the pieces are beginning to form for what could once again be a dangerous team in Buffalo.

Don’t look now, but the New York Jets put in a good three days of work at this year’s National Football League Draft. Two years ago the Jets drafted their franchise quarterback in Sam Darnold, and they used this draft to put some talent around him.

The first round would see the Jets draft offensive tackle Mekhi Becton as he will be responsible for protecting Darnold’s blindside. At 6’7″, Becton is a load of a man, and his freakish strength and athleticism will make him the anchor on the Jets offensive line for the next decade.

The second round would see the Jets select wide receiver Denzel Mims. At 6’3″, Mims is a big receiver, but he also has speed and athleticism to boot as he will help to fill the void for the Jets after they lost wide receiver Robby Anderson in free agency.

New York would spend the remainder of the draft building depth on each side of the football as this draft class will improve their fortunes in 2020 as well as the coming years.

The Miami Dolphins entered the 2020 National Football League Draft in a prime position to change the fortunes of their franchise as they had three first-round draft picks. Miami didn’t waste anytime in going to work as they used the first of their three choices on quarterback Tua Tagovailoa. 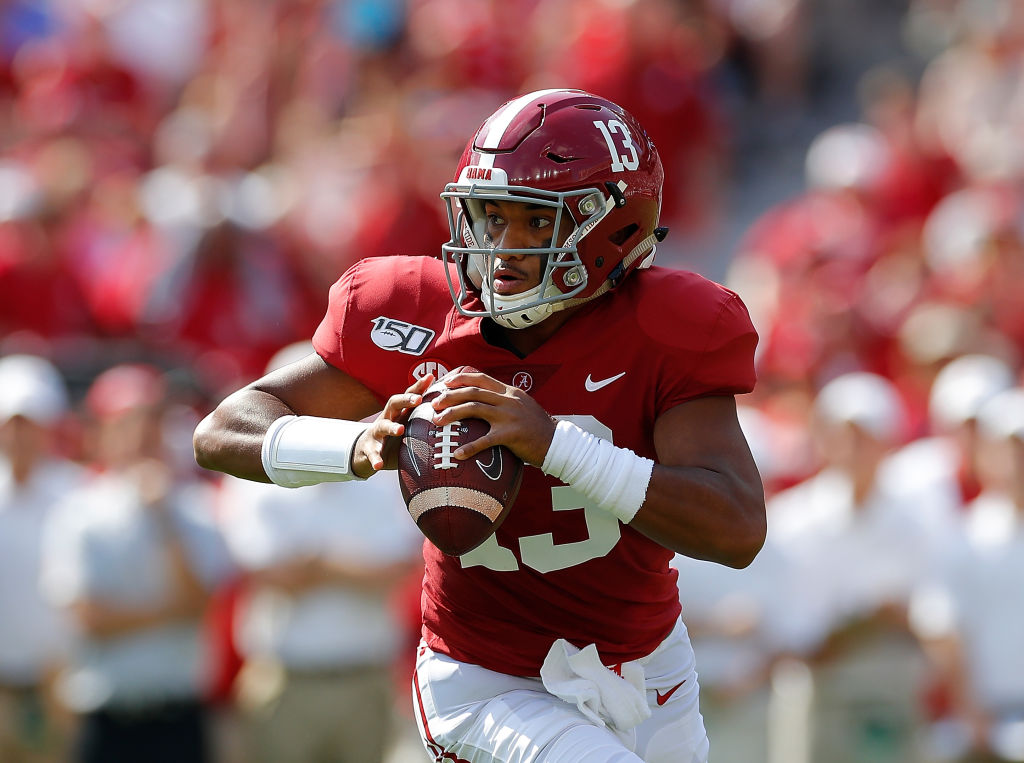 Tagovailoa is a solid quarterback with good arm strength, but he has questions about his durability as he dealt with a slew of injuries during his college career which included suffering a dislocated hip last year. Tagovailoa will also have to work on his mechanics in the pocket, and it will serve the Dolphins best if they don’t look to throw him to the lions immediately in Week One as their starting quarterback.

And as the Dolphins see Tagovailoa as their long-term answer at quarterback, they know that he must be protected which led to them using their next selection on offensive tackle Austin Jackson. There was a run on offensive tackles in the first round of the draft, and Miami wanted to get in on the fun before it was too late. In taking Jackson, the Dolphins will be getting a solid player who they are hopeful can protect the blindside of Tagovailoa for the next decade.

Miami would use their final pick in the first round of cornerback Noah Igbinoghene. If you followed the Dolphins this off-season you’ve noticed that they’ve been hard at work in regards to upgrading their secondary, and the athletic Igbinoghene gives them more depth.

The Fins would use the rest of the draft attempted to plug holes on their roster with biggest standout being defensive end Curtis Weaver. Weaver joins the Dolphins as the reigning Mountain West Conference Defensive Player as he recorded 13.5 sacks in 2019 for the Boise State Broncos. Weaver had the talent to be taken in the second round, but he fell to the fifth where Miami got a steal.

Weaver is relentless in his pursuit of the quarterback, while he plays with tremendous energy that’ll give him a chance to come in and contribute immediately for the Dolphins.

We’ve heard this before about the Dolphins building something, but for the first time in a long time, good things could be on the horizon for them.