Previous Next
Still Feeling The Effect On February 1, 2015, the Seattle Seahawks took the field at the University of Phoenix Stadium for Super Bowl 49 in what was set to be their crowning moment. The Seahawks were attempting to be the first National Football League team since the New England Patriots in 2004 to win consecutive Super Bowl Championships as it would have been just the seventh time in the Super Bowl era that the champ from the previous year would be able to repeat. The Seahawks won the Super Bowl in the previous season by being a brash and cocky team that could intimidate opponents with their sheer athleticism that was topped off with bravado. Seahawks head coach Pete Carroll had constructed his team in the same mode that he had previously done during his time collegiately with the USC Trojans as he employed athletes and depth at nearly every position which made Seattle the envy of the NFL.

The Seahawks entered the Super Bowl needing to get past the Patriots and their quarterback Tom Brady who was already a three-time Super Bowl Champion. Because of this the oddsmakers in Las Vegas had the contest as a pick ’em, and they were very accurate in their assessment as the game was a toss up throughout.

The strength of both teams was on display early as Brady was able to lead the Patriots down the field into scoring position. But in the red zone Brady was picked off by Seahawks cornerback Jeremy Lane. Brady would recover and lead the Pats on a pair of touchdown drives. However each time that New England scored, the Seahawks were able to answer and thus the contest was tied at 14 heading to halftime.

The Seahawks would then take control of the game in the third quarter which saw Brady picked off by Seattle middle linebacker Bobby Wagner. The Seahawks would take a 24-14 lead into the fourth quarter and their second consecutive Super Bowl Title seemed to be right around the bend.

But somebody forgot to mention that to Brady who took over in the fourth quarter as he picked apart the best secondary in the National Football League. Brady was as accurate as could be with crisp passes, while the Seahawks pass rush could not get to him. And with just over two minutes left in the game, Brady found wide receiver Julien Edelman for the go-ahead score to give New England the 28-24 lead.

However Seattle was not ready to mail it in, and led by quarterback Russell Wilson, they charged down the field. On the drive Wilson connected with wide receiver Jermaine Kearse on a deflected pass that netted 33 yards and it got Seattle to the New England five-yard line with 65 seconds remaining. But this is where the Seahawks began to outsmart themselves.

From there the Seahawks would give the football to running back Marshawn Lynch who gained four yards on the next play and got down to the Patriots one-yard line.The Seahawks were expected to keep feeding Lynch the football as his nickname is “Beast Mode”. However the Seahawks would allow the clock to tick in order to deprive the Patriots an opportunity to get the football again. But on the next play Seahawks offensive coordinator Darrell Bevell called a pass play that was intended for wide receiver Ricardo Lockette. It was quick slant that was expected to be a simple pitch and catch until Patriots cornerback Malcolm Butler jumped the route sealed the win for the Patriots with an interception. Carroll and Bevell faced intense scrutiny from the media and public alike for the play call as instead of giving the football to Lynch who was one of the better goal line running backs in the National Football League, they decided to pass.

The Seahawks left the field that night as a dejected team and rightfully so as the game was there for the taking. But instead of the Seahawks losing the game because they weren’t good enough to defeat the Patriots, they had to deal with the notion that their demise came as the result of one of, if not the worst play calls in Super Bowl history. And that public scrutiny only paled in comparison to the issues that the Seahawks have had to deal with ever since.

Whereas the Seahawks are an outspoken team when things are going well, the same can be said when things aren’t going according to plan for them. The following off-season saw Wilson seeking more money and he got it when he and the Seahawks came to an agreement on a four-year deal for $87.6 million with him. But the way that the cookie crumbles in the National Football League is that if the franchise quarterback wants to be handsomely compensated, then he must also expect to see the talent around him decimate.

With the Seahawks paying Wilson, the talent around him on offense regressed as players began to be released, while others were allowed to walk in free agency. During that off-season Seahawks strong safety Kam Chancellor was seeking more money which saw him sit out the first two games of the 2015 National Football League season. The Seahawks would then subsequently lose those two games. And after Seattle began the season with a record of 0-2, it put them in a hole as they would rebound to make the playoffs, but they couldn’t win the NFC West and get a much needed first-round bye. Subsequently the Seahawks would fall to the Carolina Panthers in the NFC Divisional Playoffs. The loss to the Panthers would be more than just a simple defeat as Lynch who wasn’t the same running back in 2015, decided to retire from the NFL at the age of 29.

Without the services of Lynch, the Seahawks would make it back to the playoffs this past season for the fifth consecutive year. However in the NFC Divisional Playoffs they were unceremoniously shown the door by the Atlanta Falcons by the score of 36-20 as the magic simply wasn’t there.

Since then Lynch expressed interest in returning to the National Football after a year away. Lynch didn’t have any desire to play for the Seahawks anymore, but since he was still under contract with them, his next employer had to find a way to work out a deal with Seattle. Lynch would be traded to the Oakland Raiders who worked out a deal with the Seahawks that would send a sixth-round pick to Seattle in 2018, while Oakland would receive a fifth-round pick. 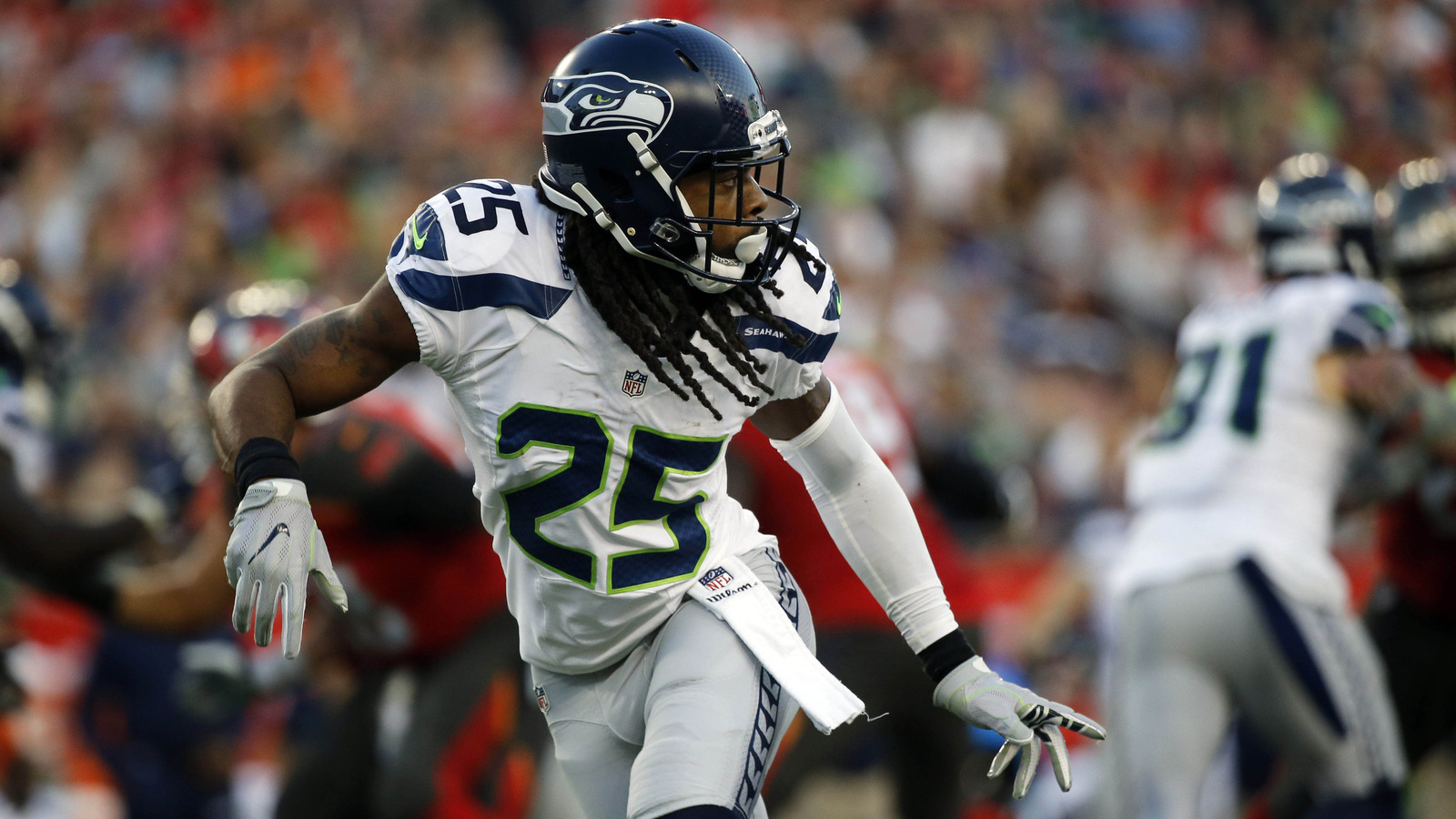 This off-season saw the Seahawks put cornerback Richard Sherman on the trading block. Sherman is a four-time Pro Bowl selection while he is also one of the top cornerbacks currently in the National Football League. But Sherman is never afraid to speak his mind and there are reports that he is still upset with Carroll and Wilson over the Super Bowl. Wilson has denied those reports, but where there is smoke, there is fire. 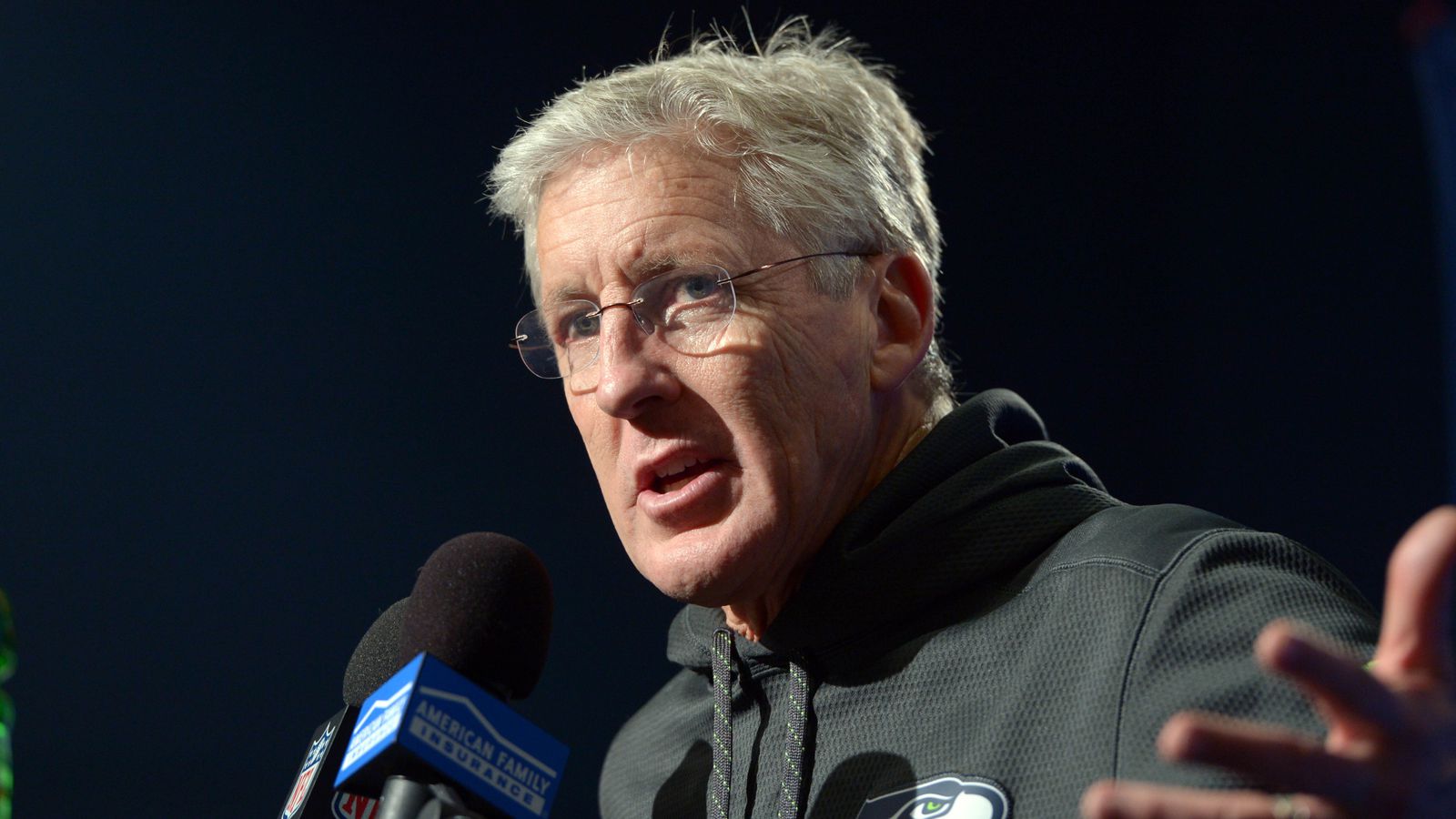 Greed cost the Seahawks a chance to repeat as Super Bowl Champions as Carroll forgot what made him successful in the first place. When the Seahawks defeated the Denver Broncos to win Super Bowl 48, it was a total team effort as they cruised to a 43-8 win. On the first play of the game Seattle scored on a safety after the Broncos botched a snap that went out of the end zone. The Seahawks got a kickoff return from Percy Harvin, while linebacker Malcolm Smith returned an interception for a touchdown. Wilson will go down as the winning quarterback for that game,but he was simply a cog in the wheel.

Wilson’s career regular season record is 56-23-1, while he is 8-4 in the playoffs. But the Seahawks are a team in the truest form of the word.

During the Seahawks championship run, they ran the football effectively with Lynch, while they got timely and accurate passing from Wilson. And when Carroll turned things over to his defense, it was a matter of picking your poison with the likes of Sherman, Chancellor, free safety Earl Thomas, defensive end Michael Bennett, and middle linebacker Bobby Wagner. The Seahawks put Wilson in the unique position of not needing to win the game as it more about him not losing it. And going back to Super Bowl 49, it was the latter that happened. 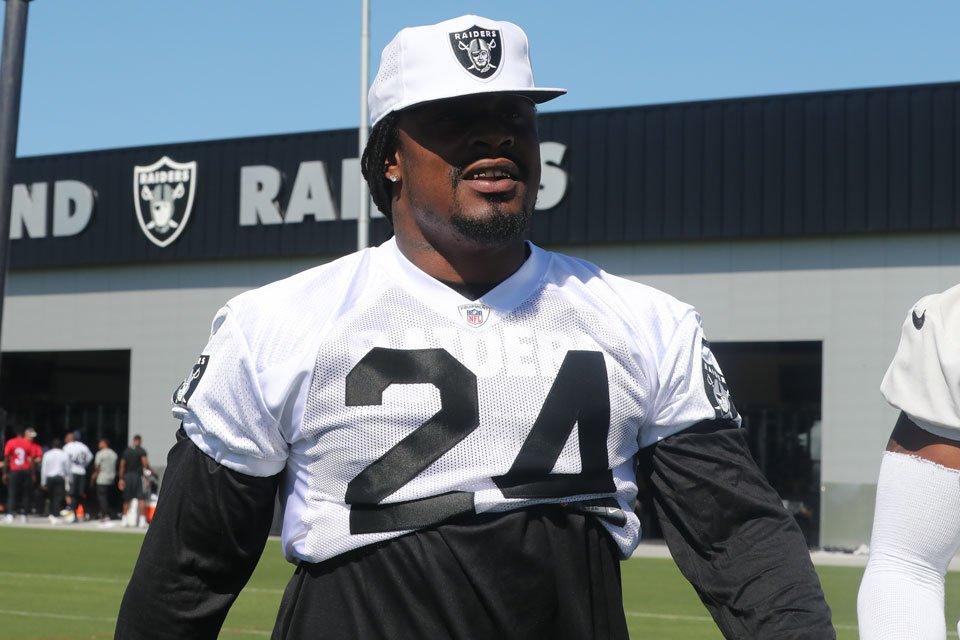 So now as Lynch is with the Raiders, the other key players that remain with the Seahawks following that eventful night in 2015 only can sit back and ask what could have been? Championship windows close very quickly in the National Football League as you must strike while the iron is hot. Since then Thomas and Sherman have had to deal with injuries while they are also getting older. And as teams are always attempting to upgrade to enhance their chances of winning, other teams have caught up to the Seahawks, while in some cases they have passed them altogether.

A few years ago the Seahawks were as close to invincible as a team could be in the National Football League. Opposing teams feared going to CenturyLink Field as their chances of winning were slim at best. But now that isn’t the case as the Seahawks have lost four games at home over the last two seasons as compared to just two in the previous two campaigns. And whereas the Seahawks still have a team which is capable of making the postseason, they aren’t good enough to once again hoist the Vince Lombardi Trophy as Super Bowl Champions.

This smells of Carroll’s time at USC where after blowing a 12-point lead against the Texas Longhorns in the 2006 Rose Bowl for the national championship, his teams there continued to be good, but never good enough to win another national title. But whereas Carroll’s guys would graduate after four years at USC, he still has to look the likes of Sherman in the face after blowing a chance to be mentioned amongst the greatest teams in National Football League history.

Time has already proven that the Seahawks will never be the same that they once were as this team of alpha males can only sit back and merely ask what could have been if Lynch had gotten the football on the one-yard line on that fateful night in February.