Previous Next
Nashville Stand Up

The early 1990’s saw the National Hockey League expand to the Southeast Region of the United States. In 1992, the Tampa Bay Lightning joined the NHL, while the Florida Panthers would follow suit in 1993. And in 1997, the Hartford Whalers would relocate to Raleigh, North Carolina to become the Carolina Hurricanes. The Panthers would enjoy some early success as they appeared in the Stanley Cup Final in 1996 as Floridians came out to support them. The NHL would continue to expand in the Southeast which saw the Nashville Predators join the league in 1998 which was followed by the Atlanta Thrashers beginning play in 1999.

It took the Predators some time as they were attempting to build a fan base in Music City. And by 2004, the Preds reached the Stanley Cup Playoffs for the first time in franchise history. Six of the next seven years would see the Predators reach the playoffs, and they were able to win their first playoff series in 2011. But after Nashville missed the postseason in 2013 and 2014, Barry Trotz who up to that point had been the only head coach of the Predators was let go. 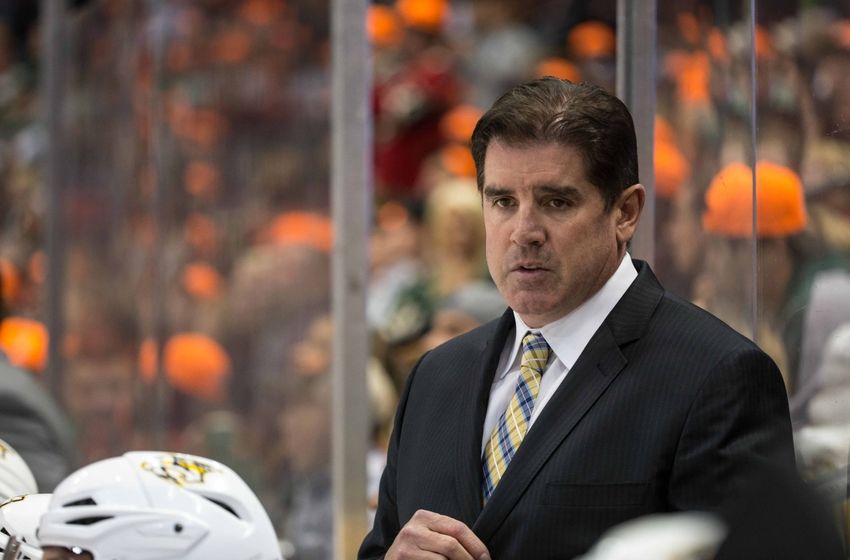 After a 41-29-12 regular season, the Preds entered the Stanley Playoffs as the eighth seed in the Western Conference where they would earn a date with the Chicago Blackhawks in the first round. The Blackhawks have been the gold standard in the National Hockey League this decade as they’ve won three Stanley Cup Championships. However when the Predators faced the Blackhawks, it was Nashville who appeared to be the perennial Stanley Cup Champ.

The Preds would sweep the Blackahawks and in the process they would outscore them 13-3 in the series. Nashville wasn’t done there as they would take down the St. Louis Blues in six games in the Western Conference Semifinals which set the stage for a meeting with the Anaheim Ducks. And although that the Ducks became the favorite to win the Western Conference Title when the Blackhawks were eliminated, don’t count the Predators among those who were impressed.

After Nashville went on the road to win Game 1 against the Ducks, they dictated the pace throughout the remainder of the series. The Preds never trailed in the series as far as victories went, in spite of the fact that they lost center Ryan Johansen to a leg injury after he led them in points (61) and assists (47) during the regular season.

But after blowing a lead in Game 4 which allowed the Ducks to tie the series at 2-2, Nashville responded by going to Anaheim and securing a 3-1 victory which put the Predators on the cusp of heading to the Stanley Cup Final for the first time in franchise history. And with the electricity being so thick at the Bridgestone Arena in Nashville for Game 6 that you could cut it with a knife, the Preds were up for the challenge.

Left winger Austin Watson and center Colton Sissons got the scoring going for the Predators in the first period as they each scored a goal to give Nashville the 2-0 advantage.

After Ducks right winger Ondrej Kase scored a goal in the second period to cut the Preds lead in half, they would respond when Sissons scored his second goal of the game early in the third period to make it 3-1 in favor of the home team as the miracle appeared ready to happen.

However the Ducks are a resilient team as they would scored a pair of goals in less than four minutes to tie the score at 3-3 while quieting the crowd at the Bridgestone Arena.

But this Predators team simply would not be denied as Sissons sealed the deal by scoring his third goal of the game. And once the Ducks pulled goalie Jonathan Bernier late in the game in order to have an extra skater on the ice, Nashville was able to take advantage by scoring a pair of empty net goals which secured the Western Conference Title as they brought it home in front of their home fans. 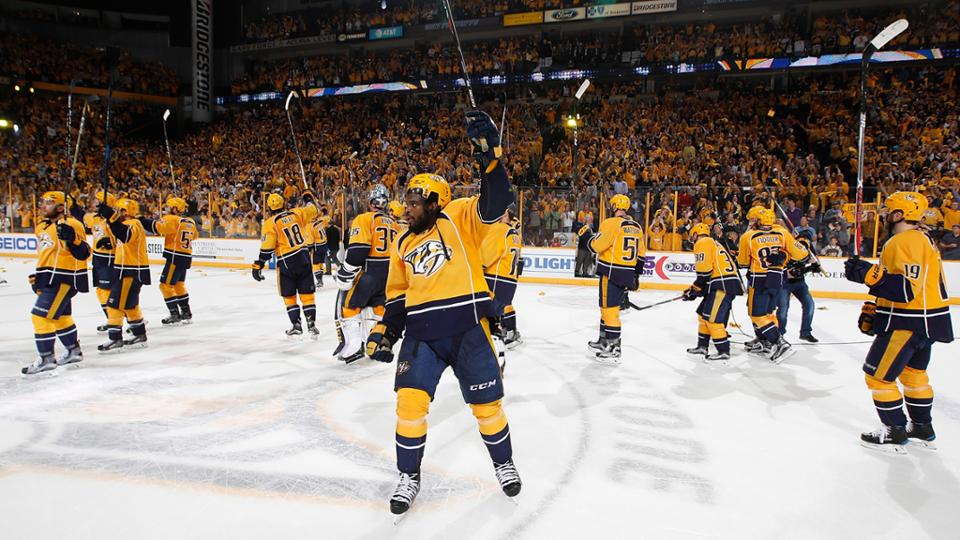 The Preds weren’t given much of a chance against the Blackhawks whom they swept. They were written off again versus Blues and the same could be said about their encounter with the Ducks. But that is why you have to step on the ice and play as there is no such thing as paper champions.

The Predators are led by a head coach in Laviolette who now joins Dick Irvin, Scotty Bowman, and Mike Keenan as the only head coaches in the illustrious history of the National Hockey League to lead three different franchises to the Stanley Cup Final. Laviolette knows how to do it in a non-traditional hockey market which can be traced back to his time with the Hurricanes. And if anyone thinks that Laviolette is going to let his team slow down in the Stanley Cup Final because Johansen is not there, think again. The Predators have a solid team which includes a goalie in Pekka Rinne who is hot right now. Rinne is averaging 1.70 goals against during the postseason as it always important to have a net minder between the pipes. For years P.K. Subban has been one of the top defensemen in the National Hockey League. But surprisingly after seven years with the Montreal Canadiens, Subban was traded to the Predators last summer in exchange for defenseman Shea Weber who had become an icon during his 11 years in Nashville. And as good as Weber was for the Preds, Subban has helped give Nashville a new lease on defensive intensity. Players such as Sissons and center Filip Forsberg have been providing the scoring for the Predators in the playoffs as it has been a total team effort.

So now as we’re set to embark on Memorial Day Weekend, the folks in Nashville who are best known for their barbecue and country music will have a front row seat for the National Hockey League’s biggest spectacle. The Predators were born into existence in 1998 after the Tennessee Titans of the National Football League paved the way in Music City in 1997 after nearly four decades as the Houston Oilers. And now the Preds are just four victories away from having the hockey world eating out of the palm of their hands. And even though that a Predators Stanley Cup Championship wouldn’t be a first in the Southeast Region as both the Hurricanes and Tampa Bay Lightning have hoisted Lord Stanley’s Cup, it would still be special as this band of brothers has come out of nowhere to shock the hockey world.