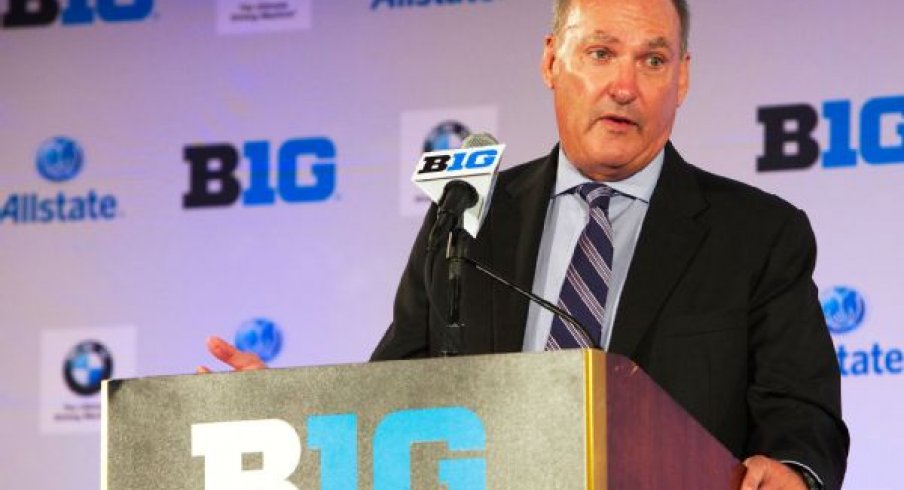 A few months ago Big Ten Conference commissioner Jim Delany sent shock waves when he suggested that freshman should be ineligible to participate in football and men’s basketball. Delany called for a “year of readiness” to the college lifestyle for incoming freshman. Delany was attempting to get other conference commissioners from the Power Five Conferences to come on board with his idea, but he was unable to get overwhelming support for his plan as freshman ineligibility looks to be a thing of the past in collegiate athletics.

Prior to 1971, freshman were ineligible to participate in varsity athletics, but now that the NCAA nearly generates $1 billion annually, it is all hands on deck as far as participation. Head coaches are paid more money and more than ever they cannot afford to have a bad season as they are basically on a year-to-year basis as the pressure to win is so immense which has paved the way for underclassmen to do big things in competition.

In 1991, it was unheard of for five freshman to start for a major college basketball program. But former Michigan Wolverines head basketball coach Steve Fisher defied the odds and by the mid-point of 1991-1992 college basketball season, he had inserted five true freshman into his starting lineup. And the combination of Chris Webber, Jalen Rose, Jimmy King, Ray Jackson, and Juwan Howard would lead Michigan to the Final Four in 1992. Underclassmen have also contributed immensely on the gridiron as well, where in 2007, Florida Gators quarterback Tim Tebow became the first sophomore in history to win the Heisman Trophy as the nation’s top college football player. And since Tebow won the Heisman in 2007, two sophomores along with a pair of redshirt freshman have won the award and you know that the idea of a true freshman winning the award is not that far fetched.

Delany’s proposition of sitting freshman down is just a way to prolong their time in college; especially for men’s basketball. Delany is worried about the readiness of freshman, but he is only concerned about it as far as men’s basketball and football which happen to be the two sports that generate the most money for college athletics. In 2005, the NBA implemented a rule that in order the be eligible for the NBA Draft, a player must be out of high school for a year and be at least 19-years of age. This rule was put in place to prevent players from making the jump straight from high school to the NBA and all that it has done is turn men’s college basketball into a joke as there is a constant flow of players that only spend one year in college before they decide to turn pro. And if a player is a one-and-done player in men’s basketball, he theoretically only has to attend class for one semester.

In football, a player must be out of high school for at least three years in order to be eligible for the National Football League Draft. But being that football is such a violent sport, players want to get their as quickly as possible in order to earn a paycheck and you cannot blame them as they are left out in the cold financially in college.

The name of the game is money and with all of the revenue that is generated, the folks that work the hardest (the student-athletes) are the ones that are left out. The NCAA can attempt to come off as a non-profit all that they want to, but make no mistake about it that they are a business just like everything else.

With the expansion of large cable networks such as ESPN and the overwhelming access that is available on the internet, high school players are able to become household names like never before and as soon as they arrive on college campuses, they can become the big man on campus as they are building their own brands. From 7-on-7 football camps to the McDonald’s All-American Game in boy’s and girl’s basketball, the exposure for high schoolers has become unprecedented. Recruiting has become so intense that some football players graduate a semester early in order to enroll in college to take summer classes so that they can participate in football immediately.

If Delany were so concerned about student-athletes getting accustomed to the college lifestyle, he would have attempted to push it across the board that all freshman would be deemed ineligible to participate in varsity athletics as opposed to just in the case of men’s basketball and football. The purpose to attend college is to get further educated in order to increase your earning power in the workforce. But we’re talking about young people that play men’s basketball and football who possess tremendous athletic talents that are able to earn them a living right now. So why should they be punished and not allowed to draw a paycheck while the fat cats at college institutions continue to fill their wallets off of their blood, sweat, and tears? Student-athletes in men’s basketball and football are forced to attend autograph sessions with fans where they don’t get a dollar for their services and the NCAA continuously makes money off of their likeness through jerseys and video games; not to mention the revenue that comes in to respective universities for their football team making a big bowl game or participation in the NCAA Men’s Basketball Tournament.

Delany’s greed has already allowed the Big Ten to expand as they are now no longer just a Midwestern conference as they have expanded to the East Coast and into even bigger media markets with the addition of the Rutgers Scarlet Knight and the Maryland Terrapins. In the movie Wall Street, Gordon Gekko famously said that “greed is good” and that can be attributed to collegiate athletics as well as the NCAA and its institutions due to the fact that they are cash cows. But just like the film and everything else in life, what goes up, must surely come down.