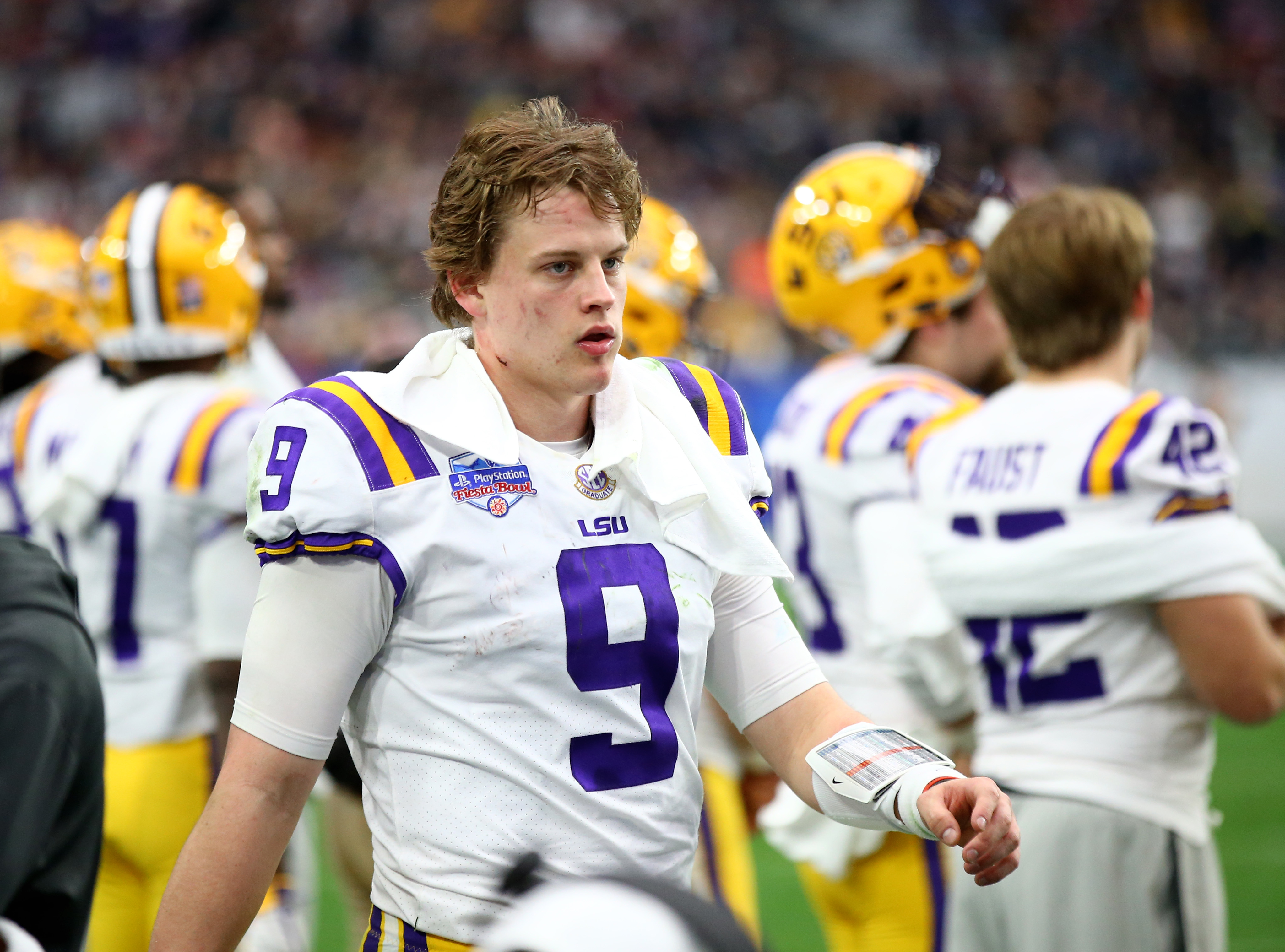 It’s safe to say that most mock drafts have the Bengals taking Joe Burrow first overall.

Washington gets the best athlete available in the draft as Chase Young will have an immediate impact on their defense.

The Lions could go in multiple directions with this pick, but they need to upgrade their offensive line.

The Giants won’t get Chase Young, but they’ll get the second best defensive player in the draft.

With three first-round picks, the Dolphins don’t waste anytime in finding a quarterback.

Publicly the Chargers are saying that Tyrod Taylor is their starting quarterback, but he is not the long-term answer at the position.

The Panthers have made some solid additions on offense this off-season, but they get a chance to beef up their defensive line here.

The Cards have their franchise quarterback in Kyler Murray, but now they must protect him.

Jacksonville could go offense here, but the talent of Javon Kinlaw is too good to pass on.

If you watched the Browns last year you saw how abysmal that their offensive line was , as they must do a better job in protecting Baker Mayfield. 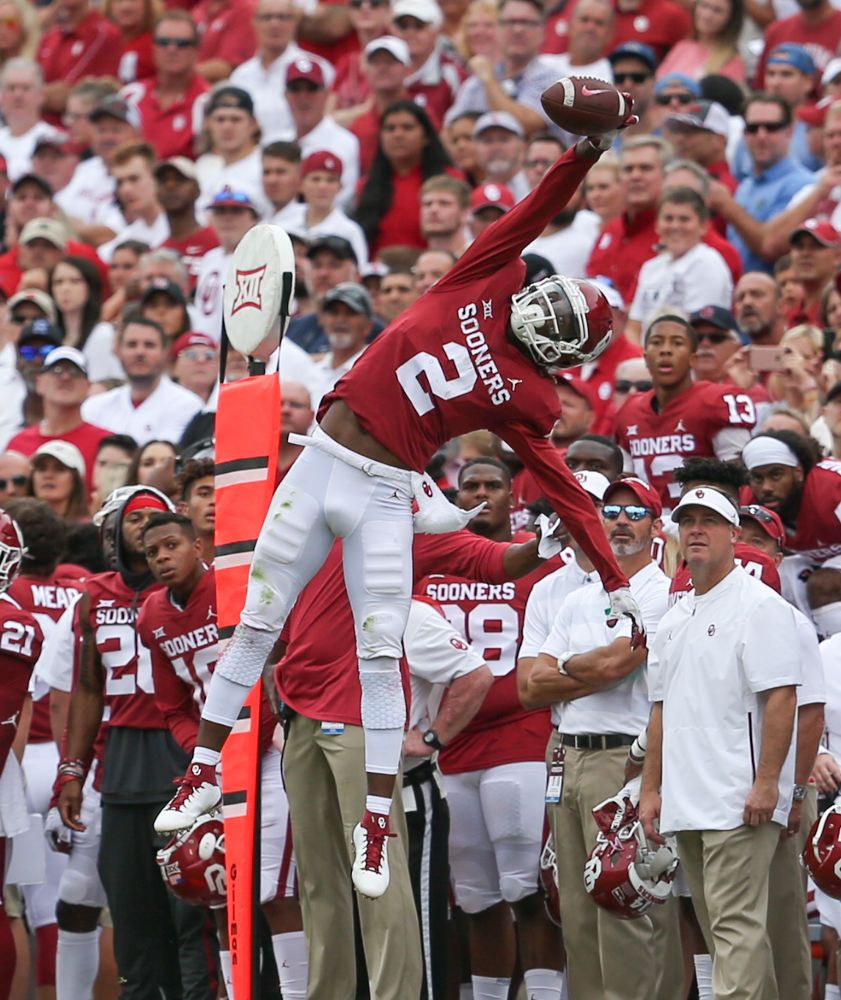 After losing Robby Anderson in free agency, the Jets must give quarterback Sam Darnold a deep threat in the passing game.

By hook or by crook, Jon Gruden will fix the Raiders defense.

The Niners could go defense here, but the talent of Jerry Jeudy will be too much for general manager John Lynch to pass on.

The Bucs now have one of the oldest quarterbacks in the NFL on their roster in Tom Brady who is not very mobile, and he needs his blindside to be protected. 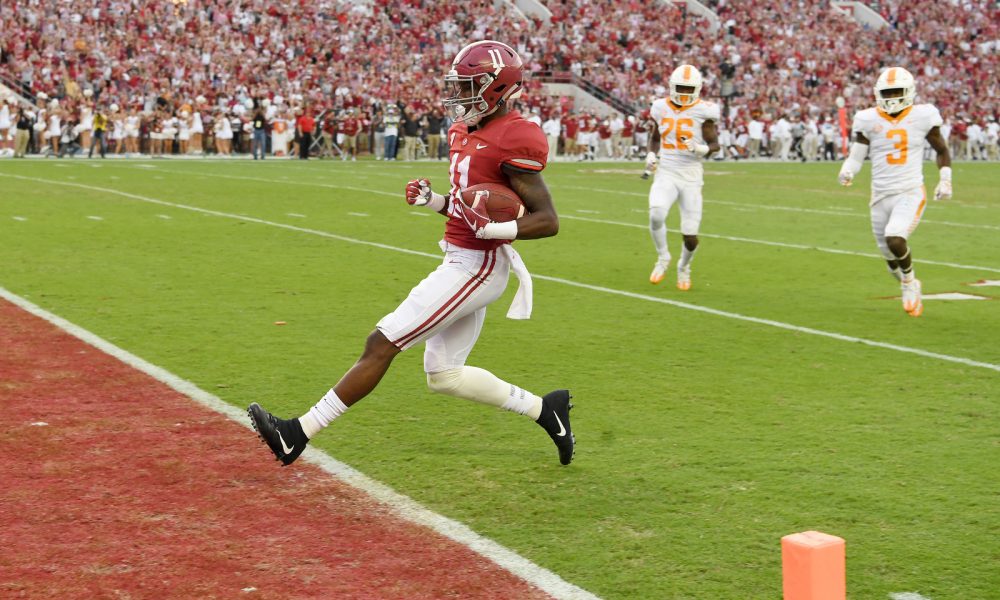 John Elway believes that Drew Lock will be the Broncos franchise quarterback, and if that is the case, it’s time to put more talent around him at the skill positions.

After letting Vic Beasley walk in free agency, the Falcons are in the market for another pass rusher.

I foresee the Dolphins taking a quarterback in this draft, and thus they might as well get an anchor for their offensive line.

If Al Davis were alive, he would love this pick.

After the Jags traded cornerback Jalen Ramsey to the Rams last year, they have to start rebuilding their secondary.

The Eagles need to get younger on defense, and the athleticism of Kenneth Murray is too much for them to pass on.

Xavier McKinney could team with Harrison Smith to give the Vikings the best safety combo in the NFL.

Life after Tom Brady begins for the New England Patriots.

The Saints get a chance to beef up their defense as they gear up for another run at the Super Bowl.

The Vikings just traded wide receiver Stefon Diggs to the Bills, but their passing game won’t skip a beat.

The Fins traded safety Minkah Fitzpatrick to the Pittsburgh Steelers last year, and they find his replacement in round one.

The rich get richer as the Seahawks get one of the most athletic pass rushers in this draft.

When you think of the Ravens, you think defense, and they get a quality edge rusher here in A.J. Epenesa.

The Titans traded defensive tackle Jurell Casey to the Broncos this off-season which leaves a void on their defensive line.

Zack Baun is a quality edge rusher who will contribute from his first day in Green Bay.

In watching the 49ers lose the Super Bowl to the Chiefs, their secondary got cooked in the fourth quarter.

Yes the Chiefs are the defending Super Bowl Champs who possess one of the best offenses in the NFL, but they also need to keep adding to their defense.