Previous Next
Toronto’s System Is Second-To-None

Last June, the Toronto Raptors were sitting on top of the world when they defeated the Golden State Warriors to claim their first NBA Title in franchise history. And as the Raptors are the only NBA franchise that operates inside the country of Canada, they were greeted with a hero’s welcome when they returned home in possession of the Larry O’Brien Trophy that recognized them as league champions.

But Toronto’s celebration was short lived as not that long after the Raptors celebrated the highest of the highs, they had to accept the fact that their best player was leaving them in free agency.

In spite of the Raptors multiple attempts to maintain the services of swignman Kawhi Leonard, he would decide to leave Toronto in free agency in order to sign with the Los Angeles Clippers.

To some it appeared to be a gut punch for the Raptors as after giving up a pair of first-round picks and swignman DeMar DeRozan in 2018 to acquire Leonard from the San Antonio Spurs, it appeared to be match made in heaven between player and team. And when Leonard left Toronto in free agency without the Raptors receiving anything more than their memories of his leading them to championship glory, this team was not given any chance by the basketball experts to defend their title. But the 2019-2020 Raptors are not only proving their detractors who predicted their demise wrong, they are also showing that they one of the best organizations in professional sports.

Through 54 games this season the Raptors have posted a record of 40-14 which has put them in position to win the Atlantic Division for the sixth time in the last seven years, while only the Milwaukee Bucks have a better record than them currently in the Eastern Conference.

The Raptors are currently riding a wave of momentum as they’ve won their last 15 contests which is a franchise best, and their ability to still rub elbows with the top teams in the Eastern Conference after losing Leonard can be attributed to the system that the front office in Toronto has put in place. 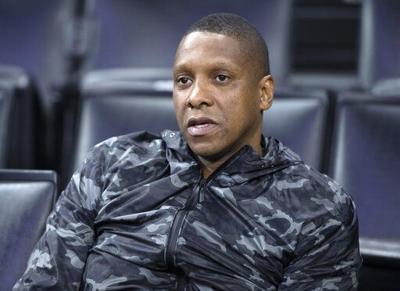 Prior to becoming the president of basketball operations for the Toronto Raptors in 2013, Masai Ujiri was the general manager and executive vice president of basketball operations for the Denver Nuggets. And in four years with the Nuggets, Ujiri oversaw one of the best stretches in franchise history which included three 50-win seasons. But when the propensity of being cheap by Nuggets owner Stan Kroenke once again surfaced, Ujiri was not offered a contract extension to remain in Denver which paved the way for him to move to Canada. And with Ujiri’s guiding hand making the personnel moves for the Raptors, the franchise has made the postseason in each of the last five seasons with a sixth trip on the horizon.

Ujiri understands the importance of developing players as it was this development which allowed the Raptors to trade DeRozan for Leonard in 2018, while the acquisition of center Marc Gasol from the Memphis Grizzlies last season in exchange for center Jonas Valenciunas last year was vital to help the Raptors achieve their quest of winning an NBA Championship.

This focus on scouting and developing talent has allowed the Raptors to not skip a beat with forward Pascal Siakam now becoming their best player. 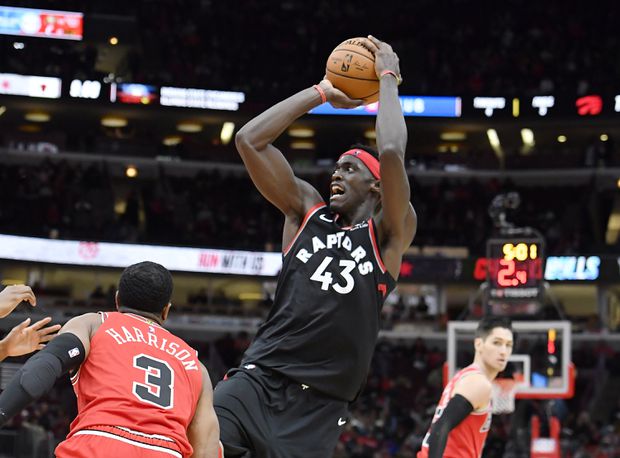 Siakam was taken 27th overall by the Raptors in the 2016 NBA Draft, and his game has continued to improve which included him being acknowledged last year as the league’s Most Improved Player, while he is set to make his first All-Star Game appearance in a matter of days. This season Siakam is the Raptors leading scorer at 23.4 points per game which includes nine contests where he has scored at least 30 points.

The Raptors still have veteran point guard Kyle Lowry who is a calming force as this floor general has quietly become one of the best players in franchise history. And you cannot overlook the contributions of 30-year old Serge Ibaka who has picked the right time to have one of his best NBA seasons as the free-agent-to-be is averaging 15.9 points per game to go along with 8 boards.

After the Raptors continued to come up short versus the LeBron James led Cleveland Cavaliers in the playoffs, Ujiri decided to make a change in 2018 when he fired longtime head coach Dwane Casey and replace him with assistant coach Nick Nurse. Last season Nurse pushed all of the right buttons, and it didn’t hurt that he had Leonard leading the way. But Nurse has always been a strong proponent of defensive basketball which fueled the Raptors win over the Warriors in the NBA Finals, and it is a big reason why they are once again one of the top teams in the Eastern Conference.

So far this season the Raptors are fifth in the NBA in points allowed at 106.4 points per game, and it was this focus at the defensive end of the floor which allowed Toronto to secure a 119-118 victory over the Indiana Pacers last Wednesday as after taking the lead on a three-pointer by Ibaka in the waning moments of the contest, they put the clamps down which led to the Pacers not being able to get off a quality shot.

The Raptors were quiet at the trade deadline last week, but make no mistake about it that this team will be a force to be reckoned with once more when the playoffs roll around. The Raptors enjoy one of the best home-court advantages in the NBA as the 19,800 people who pack the ScotiaBank Arena for every home game in Downtown Toronto don’t make it easy on opponents. And although that the Raptors may not have the talent on paper that the Milwaukee Bucks or Philadelphia 76ers do, they defeated both of them in the postseason last year as aside from having Leonard, Toronto was also the tougher team mentally which is due to the coaching of Nurse. And it is that toughness which has allowed the Raptors to overtake the Boston Celtics for the Atlantic Division lead this season as well.

Siakam has yet to prove that he can be the go-to-guy in the playoffs, but he’ll soon have his chance. And even if the Raptors fall short of repeating as NBA Champions this spring, the system is in place for them to contend over the long haul due to their focus on developing players as well as a concentration on defensive basketball.