The Damage That MLB’s CBA Has Created

Previous Next
The Damage That MLB’s CBA Has Created

Pitchers and catchers are set to report in a few days for spring training around Major League Baseball as all 30 teams have their sights set on claiming the World Series Title for 2020. But in reality we know that only a few teams are the ones that have a legitimate shot to be standing come the end of October. There will be those teams that will try harder than the others to be competitive, and the ones that won’t compete will be doing a disservice to their fan base as it is hard to keep your fans engaged when you’re not putting a quality product onto the field; especially in the big markets. But MLB has allowed this behavior to go on for far too long, and it is giving the game another black eye that it doesn’t need.

In 2016, the Chicago Cubs did the impossible as they won the World Series for the first time since 1908. The Cubs captivated all of baseball as they overcame a 3-1 deficit in the World Series to become victorious. The Cubbies did it with one of the youngest teams in baseball which included third baseman Kris Bryant.

Bryant made his debut with the Cubs in 2015 and he was named as the National League Rookie of the Year as he batted .275 with 26 home runs and 99 runs batted in. Bryant would then go on to be selected as the N.L. MVP in 2016 with a .292 batting average to go along with 39 homers and 102 runs batted in. Bryant followed his MVP season up with a strong season, but a shoulder injury limited his effectiveness in 2018, while the politics of baseball are driving a mammoth wedge between him and the Cubs.

Following the conclusion of the 2018 season, the Cubs did offer Bryant a $200 million extension, but the All-Star third baseman and his agent Scott Boras balked at the deal. Since then the Cubs have begun the process of exploring opportunities to move Bryant via a trade, while Bryant and Boras want to get to free agency as soon as possible.

But that journey for Bryant took a turn recently when his request to have his free agency status expedited by one year was denied as he won’t be able to explore the open market until the conclusion of the 2021 Major League Baseball season which means that he is under the Cubs control for two more seasons.

This is the result of the Cubs calling Bryant up from the minors on April 17 of 2015 as opposed to April 16th. And had the Cubs called up Bryant one day sooner, he would have been granted free agency this coming October which would have given him more leverage to get the long-term contract that he is seeking as he’d be 29 as opposed to being 30 following the 2021 season.

But the Bryant issue with the Cubs is not the only contract issue that is looking bad for Major League Baseball this off-season as the Boston Red Sox traded outfielder Mookie Betts to the Los Angeles Dodgers last night. 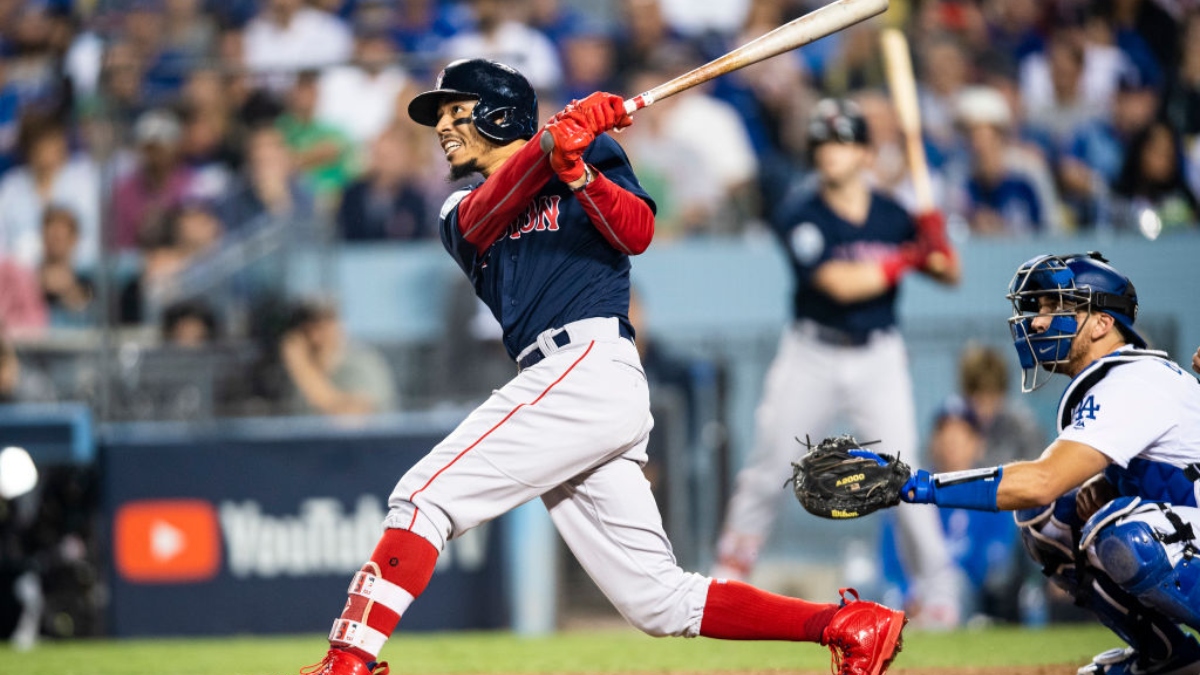 In six years with the Red Sox, Betts became one of the best all-around baseball players which was highlighted by him being named as the American League MVP in 2018 as he batted .346 with 32 homer runs, while driving in 80 runs from the lead-ff position, and also stealing 30 bases. Betts is the last of a dying breed in Major League Baseball as he in the quintessential lead-off hitter who can create offense for the rest of the lineup behind him, while he is also a five-tool player. Betts’ MVP season coincided with the Red Sox winning the World Series in 2018 as all signs pointed towards him being a lifer in Boston. But Betts has now been traded by the Red Sox; not because he is a problem, or that he wants out of Boston. What it comes down to is the penalty being placed on the big market clubs around MLB, and that is the luxury tax.

Major League Baseball first introduced the luxury tax 1997 as a way to preserve some competitive balance. This was due in part to smaller market clubs complaining about not having the finances to keep up with the big market teams in free agency. A shining example of this has been the New York Yankees who since the turn of this millennium have consistently flirted with a payroll in the $200 million area.

The Yankees, like other big-market clubs such as the Red Sox and Cubs would pay their penalty for exceeding the luxury tax threshold as they didn’t skip a beat in their quest for World Series Title. However in recent years Major League Baseball has increased the penalty for teams who exceed the luxury-tax threshold as the big market clubs who would once not be afraid to spend big on talent, are now forced to count their pennies as exceeding the luxury-tax threshold comes with paying a 20% penalty. And it is truly sad that two of MLB’s brightest stars in Bryant and Betts who both play in big markets will be suiting up for new teams real soon due to a dollars and cents issue as the Cubs and Red Sox are now being forced to approach things as if they are small-market teams. 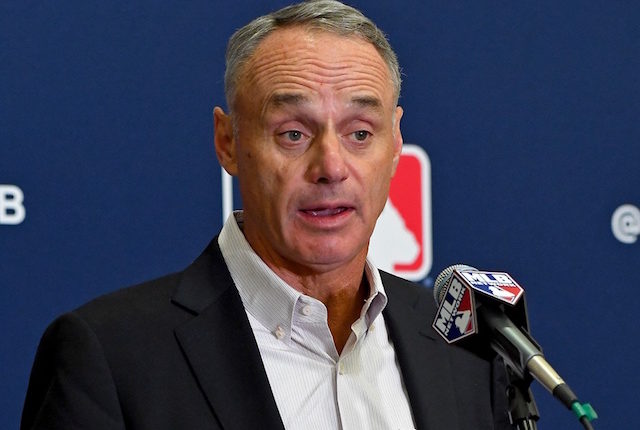 The luxury tax was the brain child of former Major League Baseball commissioner Bud Selig who was attempting to have labor peace by keeping the owners happy. In doing so Selig was looking to put out the baseball fire that was created by the work stoppage in 1994 which led to the cancellation of the World Series that October. But under current MLB commissioner Rob Manfred, a new breed of team owner has emerged; one who wants to spend less, rake in all of the profit, and do damage to the player’s union.

Major League Baseball wanted to get spending under control as the current system has resulted in one or two players getting big salaries from a team while everyone else gets peanuts. Small-market team owners are laughing all the way to the bank as they are pocketing revenue money regardless if they put a winning product on the field or not, and they are doing a huge disservice to the game of baseball.

It’s a sad day when a big-market team such as the Red Sox is forced to trade one of the game’s marquee players because they are being penalized for attempting to be successful. And like I have said before, Major League Baseball needs to install a floor to the salary structure which means that there will be a minimum requirement that teams must spend as it does not make sense for them to rewarded for not trying.

The Players’ Association has made a big mistake in having a former player (Tony Clark) head their union as opposed to someone who is a career legal expert. Team owners may have hated Marvin Miller when he was the head of the MLBPA, but they respected him because he was an ask no quarter, give no quarter kind of guy and he got things done which is why baseball players are compensated in the fashion that they are this very day. But until the union reshapes its structure, the owners will continue to take advantage of them, and laugh all the way to the bank.