The Bears And Mediocre Mitch

Previous Next
The Bears And Mediocre Mitch

In a surprise to no one the Chicago Bears are sticking with Mitchell Trubisky as their starting quarterback which will only frustrate the fan base in the Windy City even more than they already are. The Bears made Trubisky the second overall pick of the 2017 National Football League Draft. And in Trubisky’s time as the starting quarterback of the Bears, he has compiled a record of 23-18 which includes helping Chicago win the NFC North in 2018. But after the Bears made the playoffs last season, the expectations increased for this team heading into this National Football League season which is set to conclude this Sunday night in Miami which will only add to the angst of football fans in Chicago.

Bears general manager Ryan Pace set his sights on Trubisky which resulted in Chicago giving the San Francisco multiple draft picks in order to move up from the third overall selection to the second slot in order to select the former North Carolina Tar Heels signal caller. And in taking Trubisky, the Bears passed on taking a pair of Pro Bowl quarterbacks in Patrick Mahomes of the Kansas City Chiefs and Deshaun Watson of the Houston Texans.

Mahomes was taken tenth overall by the Chiefs after they made a trade with the Buffalo Bills to move up, while Watson was taken two picks later as the Texans made a deal with the Cleveland Browns. Mahomes and Watson have led their respective teams to multiple division titles, while Mahomes is also the reigning National Football League MVP. And to add further fuel to the fire, the Chiefs will be participating in the Super Bowl this Sunday for the first time in 50 years as their opponent will be none other than the 49ers who used the trade with the Bears to build one of the top teams in the NFC.

Pace now has five years under his belt as the Bears general manager, and now he will have to own the fact that he went all in on Trubisky. In three years as the Bears starting quarterback, Trubisky has completed 63.4% of his passes, but he is someone who does not put fear in opposing defenses as the majority of his completions have come on check downs which gives Chicago’s aerial assault the moniker of “one yard and a cloud of dust”. 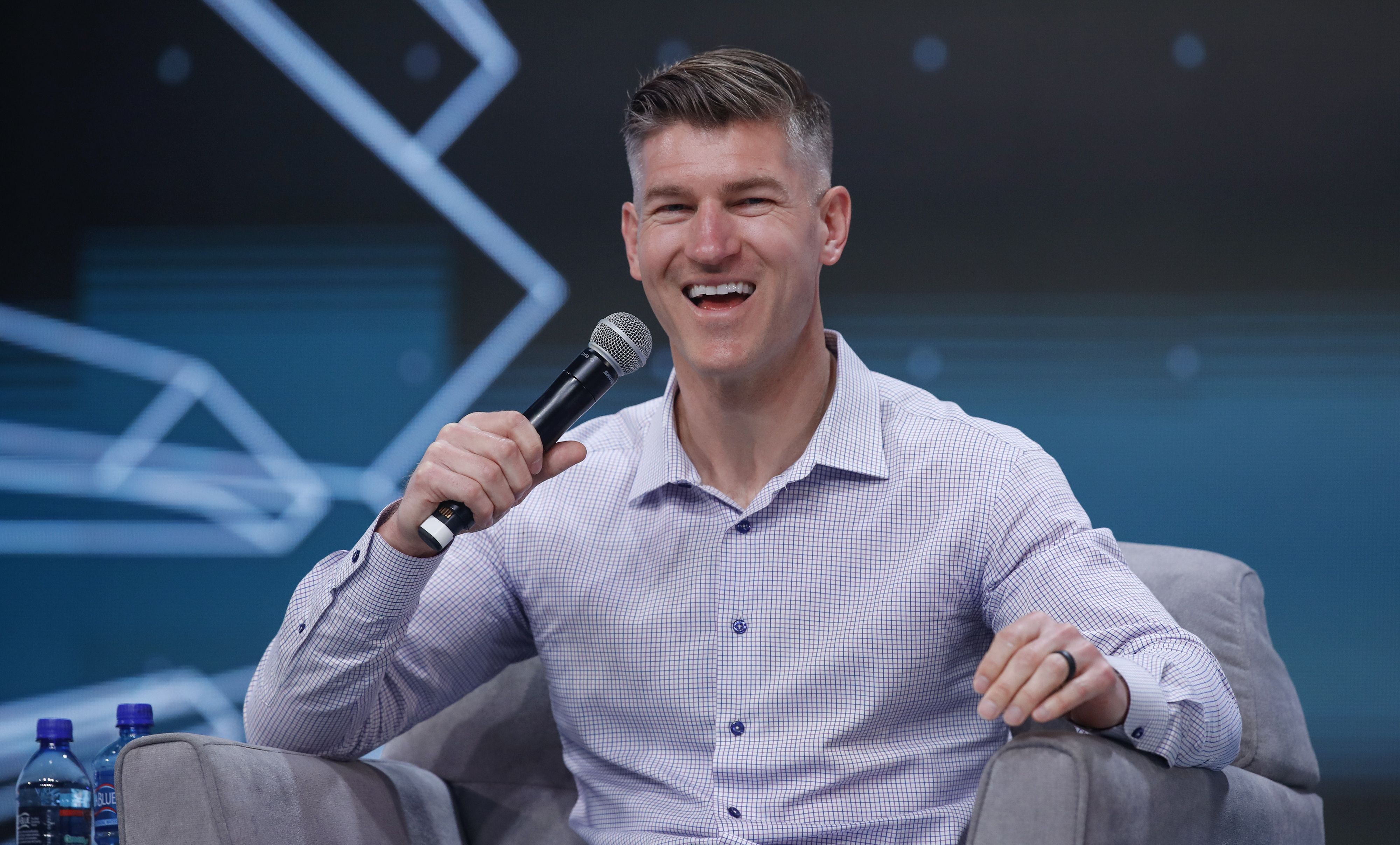 In going all in on Trubisky, Pace made the same mistake that many executives in professional sports are making nowadays which is to push their instincts to the side in favor of analytics. And in the case of Chiefs head coach Andy Reid and Texans head coach Bill O’Brien, they used their instincts to find their franchise quarterbacks as the rest is now history.

Trubisky is a good athlete at the quarterback position, but he has yet to prove himself as a consistent thrower of the football which is hindering his ability to be the play maker that the Bears so sorely need him to be.

And as the off-season officially began for the Bears nearly a month ago, this will be the most important off Trubisky’s young career. First and foremost, the clock is ticking for the Bears to make a championship push now as they not only gave up picks to have the ability to select Trubisky, but Pace also surrendered multiple first-round draft picks to the Oakland Raiders in order to acquire outside linebacker Khalil Mack. This is a very important element because as Trubisky is on his rookie contract, he’ll be looking for an extension soon that would pay him north of $20 million each season which would take away from the Bears salary cap flexibility to put a quality team around him.

But the cherry on top will be that Bears fans will be watching the Super Bowl this weekend, and if Mahomes leads the Chiefs title for the first time in 50 years, or San Francisco can get it done for the first time in 25 years, football fans in the Windy City will be left to scratch their heads and wonder what could have been for their favorite team. And as the Bears have yet to win the Super Bowl since 1985, they won’t be any closer to getting it done with Trubisky as their quarterback if he does not become a better deep thrower of the football.