The history of Oklahoma Sooners football is second to none on the landscape of college football. In 111 years of football at Oklahoma, the program has racked up 900 wins which is good for sixth all-time. And since the inception of the Big 12 Conference in 1996, it’s been the Sooners versus everyone else as they’ve claimed 13 conference titles which includes the last five. Four out of Oklahoma’s last five conference titles have led to them participating in the College Football Playoff, but even their rich football tradition has been unable to help them on college football’s biggest stage.

All but one of Oklahoma’s four trips to the College Football Playoff have seen them lose in the semis by less than 10 points, but the worst came this past Saturday night in Atlanta where the Sooners were taken behind the woodshed courtesy of the LSU Tigers. 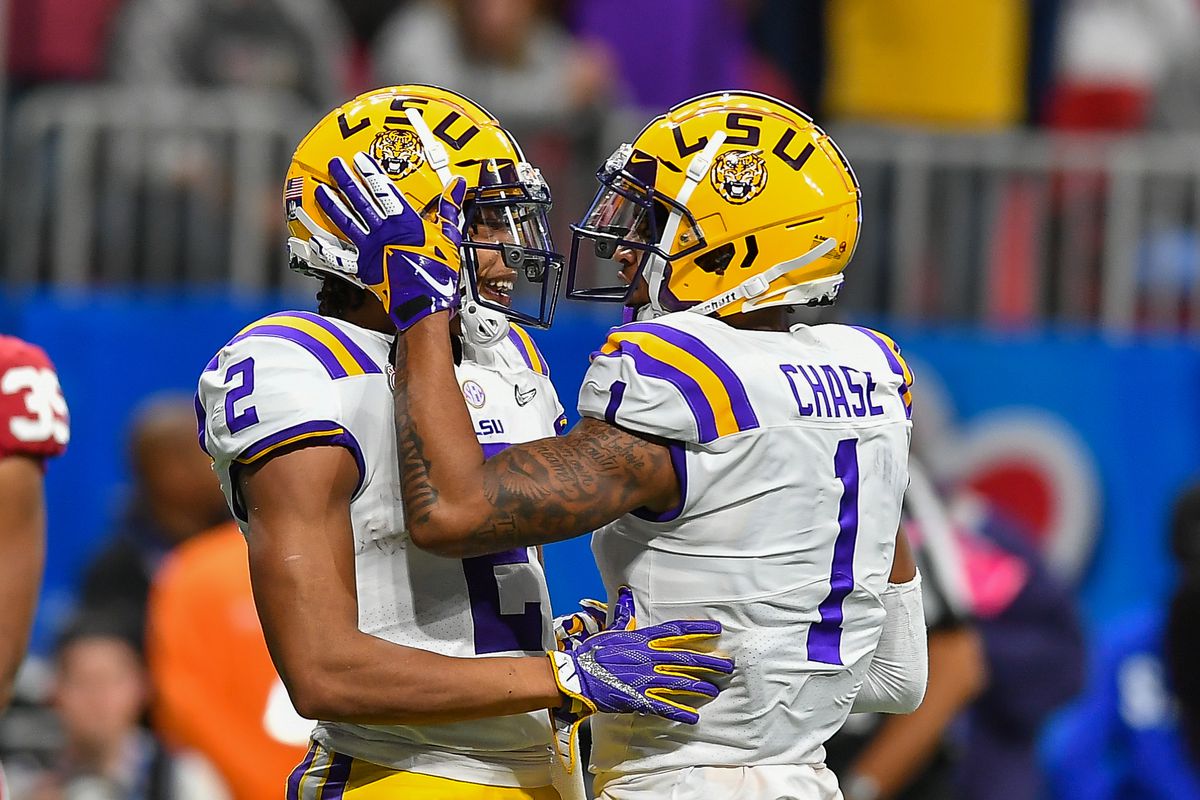 LSU beat the brakes off of the Sooner Schooner on Saturday night to the tune of a 63-28 shellacking as this contest was over before it even started. Led by senior quarterback Joe Burrow, the Bayou Bengals took their first drive of the game and marched down the field for a touchdown which put Oklahoma in chase mode. The Sooners would manage to tie the score midway through the first quarter when sophomore running back Kennedy Brooks scored on a three-yard run. But Oklahoma’s defense could never get it out of neutral in order to keep up with a LSU offense that was the equivalent to a Porsche. And when it was all said and done in Atlanta, LSU had gotten the best of Oklahoma.

If you’re a fan of the Sooners, you have to be dejected as you’ve now seen Oklahoma reach the College Football Playoff four times, but they have never been able to win a game. And it isn’t because of a lack of talent as Oklahoma typically gets a nationally ranked recruiting class to Norman each year. But in three of those trips to the College Football Playoff, Oklahoma was outclassed by a team from the Southeastern Conference which has been the premier league in college football for nearly 15 years.

Before having the thought process of Oklahoma being unable to keep up with the other blue bloods in the big games, the thought process was that the game was beginning to pass then head football coach Bob Stoops by. Stoops led the Sooners to their last national championship in 2000, but following that he was 0-3 in games for the national championships, while also falling to the Clemson Tigers in his only trip to the College Football Playoff.

Following Stoops retirement in 2017, Oklahoma has been led by Lincoln Riley in each of the last three years. Under Riley, the Sooners continue to have one of the top offenses in the nation as they’ve produced a pair of Heisman Trophy winning quarterbacks in Baker Mayfield and Kyler Murray, but it has not been able to get them over the hump against the Southeastern Conference.

In 2017, it was an overtime loss to the Georgia Bulldogs in the Rose Bowl as the Sooners were slightly favored in the contest. In last year’s Orange Bowl, Oklahoma was down 28-0 to the Alabama Crimson Tide before you even blinked as the 45-34 final score was not indicative of how lopsided that the game was. However the icing on the cake for Oklahoma came this past Saturday versus LSU as it is quite evident that the Sooners are good enough to win the Big 12, but they are still a ways away from being a contender for the national title.

The Sooners have been propped up by having to face defenses in the Big 12 on a weekly basis that are among the worst in college football. This year five of the Big 12’s ten football members had defenses that were ranked 75th or worse in the nation, with three of them being out of the top 100 altogether. The speed of the Southeastern Conference gives Oklahoma issues; especially in the trenches as Sooners quarterbacks get little to no time to pass the ball, while their defense has been unable to slow down the offenses of the SEC.

Yes this is a four-team playoff format, but Oklahoma’s saving grace right now is that the Pac-12 Conference has struggled mightily to the tune of only producing two trips to the College Football Playoff, while this current format all but excludes schools from the Group of Five from reaching the playoff as they’ll still be an opportunity for the Sooners to be invited to the party in spite of the fact that we know the eventual outcome.

And as a result what we are left with is watching an Oklahoma squad that will continue to dominate the Big 12 which will keep them in the discussion to make the playoff, but once they get there, they’ll go on to be overwhelmed by the moment, as well as teams from the Southeastern Conference who are simply too much for them to handle.