Previous Next
The Ram Mirage

When the Rams left St. Louis, Missouri in 2016 in favor of returning to Los Angeles, California, the franchise wanted to make a splash as they went back to Southern California. And after the Rams went 4-12 in their first season back in Los Angeles, the splash that they were seeking did indeed happen in 2017. 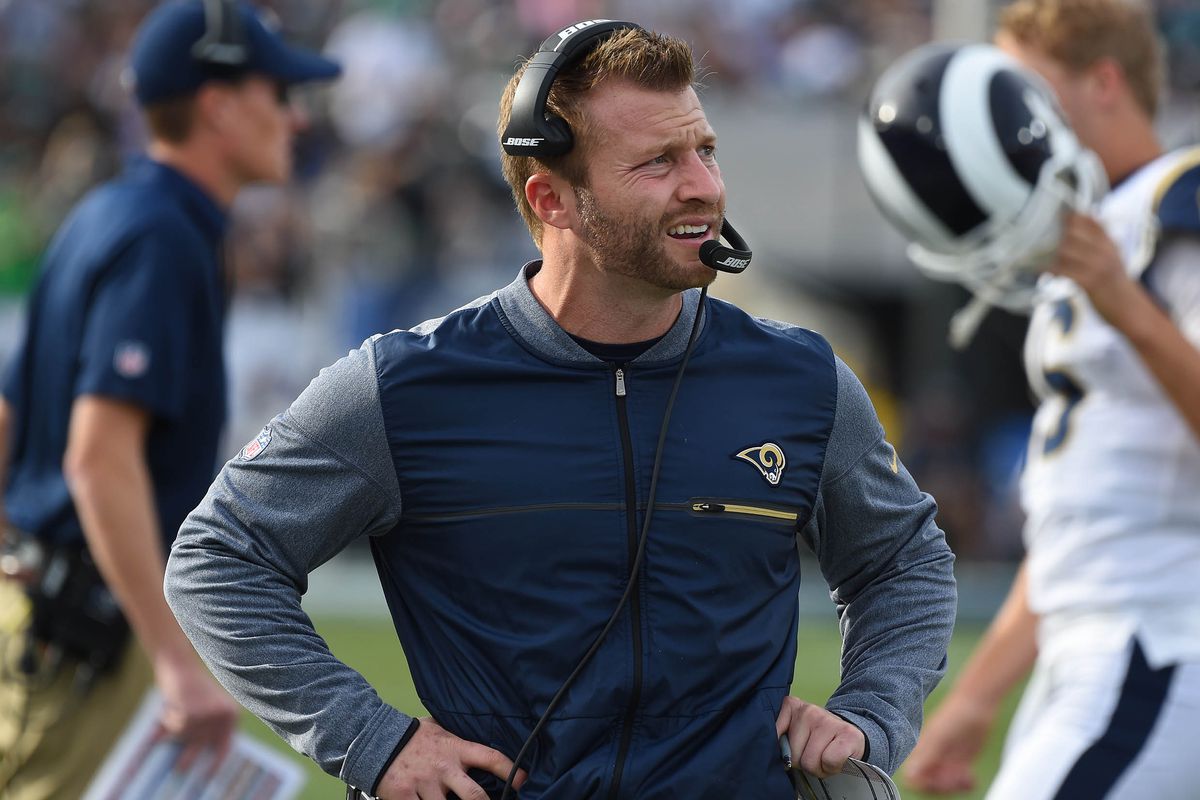 Under the guidance of new head coach Sean McVay, the Rams would go 11-5 that year en route to their first NFC West Title since 2003. Los Angeles would build off of that as they followed up a strong 2017 by going 13-3 last season en route to their first Super Bowl appearance since the 1999 National Football League season. And when the Rams took the field for Super Bowl 53 this past February, there was a huge consensus that they would knock off the veteran New England Patriots en route to starting their own dynasty.

But after four hours of football, it was the Patriots that would claim their sixth Vince Lombardi Trophy since 2001. And even though that the Rams defense was game, they ran out of gas in the fourth quarter, while their offense could never figure out the New England defense all evening. However even in defeat in the Super Bowl, there were plenty of people who felt that the Rams would still be in position to be a contender due to their young talent on both sides of the football, but the 2019 National Football League season is telling us a different story about them.

After the Rams began this season with a record of 3-0, all signs pointed to them once again being one of the top team in the NFC, but a shocking 55-40 home loss to the Tampa Bay Buccaneers in Week 4 sent Los Angeles reeling, and they’ve never recovered from it.

The Rams are currently 6-5 and they are on the outside looking in on the playoff picture in the NFC as the strong play at the top of the conference along with the improved play of the NFC West Division means that it won’t be a slam dunk for Los Angeles to make the playoffs for a third consecutive year; and by the look of things, it could get worse for them. 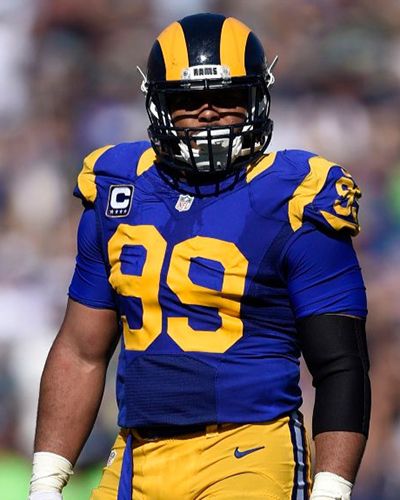 In making a push for the Super Bowl Title last year and this season, the Rams mortgaged their future which will soon come back to hurt them. Recently, Rams general manager Les Snead gave quarterback Jared Goff, running back Todd Gurley, and defensive tackle Aaron Donald huge contract extensions, while they gave up first-round picks in the National Football League Draft for players such as wide receiver Brandin Cooks as well as cornerback Jalen Ramsey. And in the case of Ramsey, the Rams surrendered multiple first-round picks to acquire him from the Jacksonville Jaguars as they cannot afford to let him walk away in free agency when his contract expires in 2020.

With the contracts of Gurley, Goff, Ramsey, Donald, and Cooks for next season, the Rams already have more than $43 million in base salaries that are committed to 2020, and that is without mentioning the cap hit for each player should they release them. The Rams gambled heavy on themselves heavy in 2018 to win it all, and now their balloon payment is due.

The Rams lack the depth on defense that they had a year ago. Defensively the Rams are 16th in the National Football League in total defense this year, but they lack the intimidation factor that they had last year as the likes of defensive tackle Ndamukong Suh and cornerbacks Marcus Peters along with Aqib Talib are no longer with the club. The Rams were the bullies last year, but instead they’ve been the ones who’ve been getting punched in the mouth. 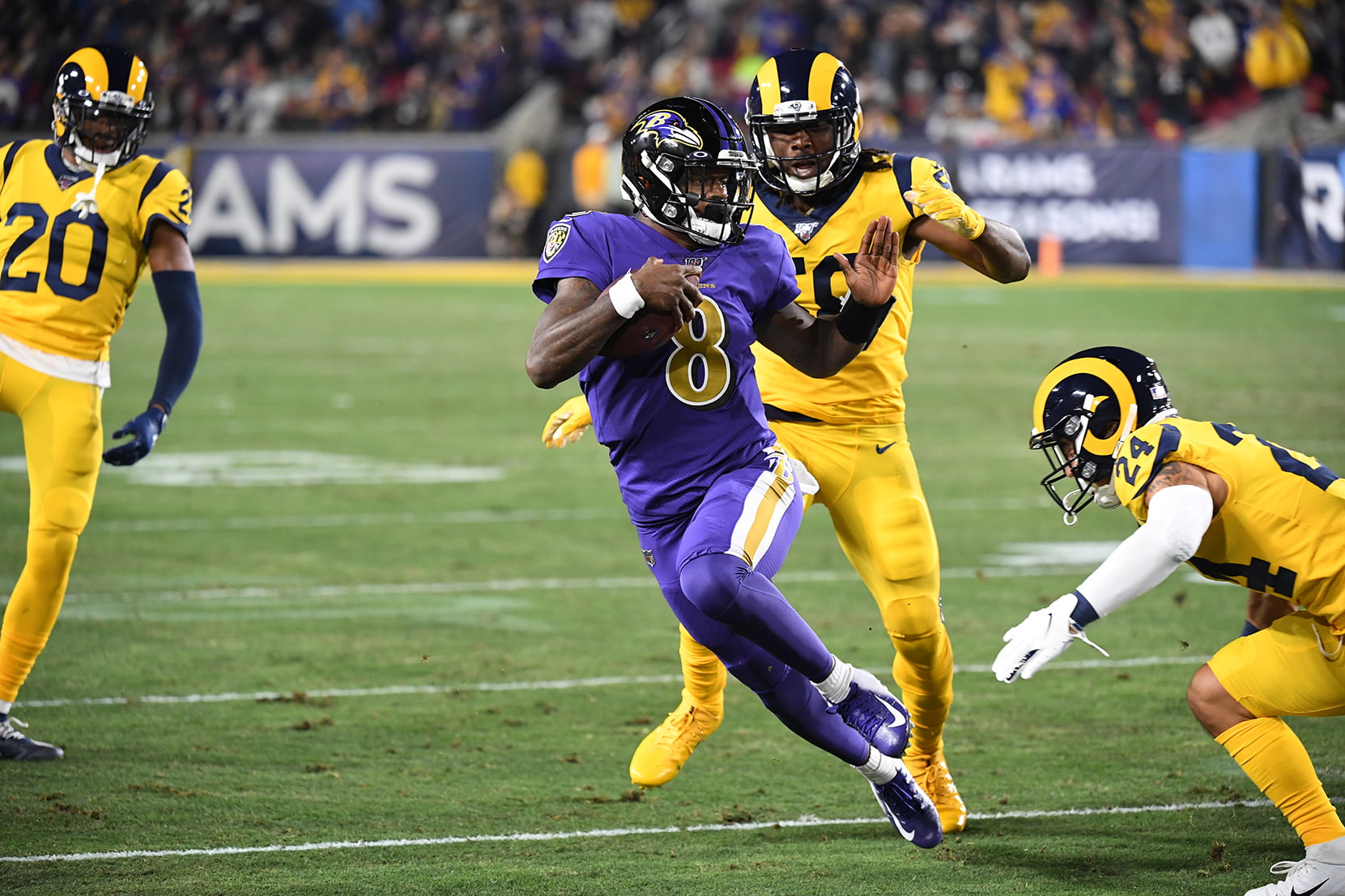 Last year Los Angeles went 6-0 within the NFC West, but this year they are 0-2 as they’ve lost to the Seattle Seahawks and San Francisco 49ers who each were more physical than them. The Rams have also lost two out of their last three games which included a 45-6 beat down at home this past Monday night at the hands of the Baltimore as Los Angeles appeared disinterested from the jump.

But all of the Rams issues are not on the defensive side of the football as their offense has regressed heavily. Last year Los Angeles was second in the National Football League in total offense, while this year they are 16th. This season Goff has already thrown as many interceptions (12), as he did for all of 2018. Goff only has 11 touchdown passes to his credit, while his completion percentage has dropped from 64.9 to 61.2.

And after Gurley was limited in Super Bowl 53 due to a knee injury, he has not seemed right all season long here in 2019. After accounting for 17 touchdowns on the ground last season, Gurley only has 7 this year, while he is also on pace to finish under 1,000 yards rushing. At the age of 25, Goff is still a young quarterback who benefited from the running ability of Gurley last season, while also being supported by an offensive line that went from being one of the best in the business to one of the National Football League’s worst in a flash as they can no longer protect Goff, or open holes for Gurley in the fashion that they did in 2018.

And when you add this all up, you’ve got a Rams team that is underachieving, while their head coach in McVay who was being looked at as a boy genius last year hasn’t been able to figure out the proper formula for his club in 2019.

And with a lack of draft capital going forward, the Rams will need to make some hard decisions in regards to their personnel as they are no longer in a position to take chances on players in free agency or the draft as they’ll need to hit home runs in order to keep the ship afloat which will still make things tough.

You can also make the case that the Rams pushed all of their chips to the table to make a splash so that team owner Stan Kroenke could spark up enough interest in Southern California in order to get more season tickets sold as this team is set to move into a new state-of-the-art stadium for next season as the facility is expected to be the new crown jewel of the National Football League. But in doing so the Rams have the makings of being another box-office attraction that brought a ton of hype with it only to flop when it mattered the most.