With a record of 37-41, the New York Mets don’t have the look of being a playoff team here in 2019, but that does not mean that the herculean efforts of rookie first baseman Pete Alonso should be overlooked. Alonso was a second-round pick of the Mets in 2016, and he rapidly worked his way through the organization’s minor-league system. In 2018, Alonso made his case to be placed on the 40-man roster as he combined to hit 36 home runs between Double-A and Triple-A. However the Mets like most teams around Major League Baseball decided to delay Alonso’s promotion for a year as a way to delay his free agency for an extra season which meant that the folks in Flushing would only become more antsy. But even though that Alonso had to unnecessarily wait in the minors, he is making the most 2019 with the big club. 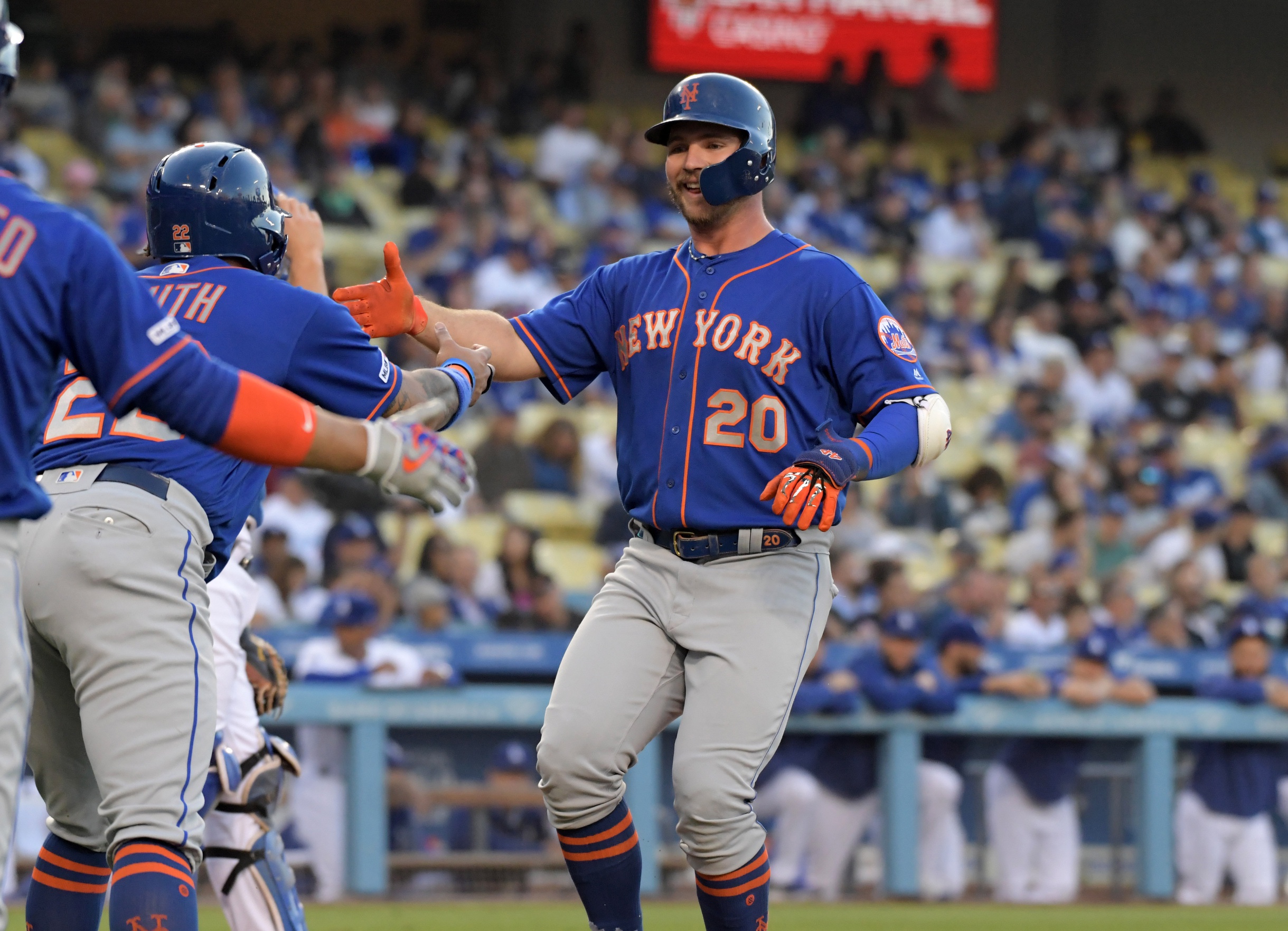 Alonso is having a season for the ages as he is rewriting the Mets record book for home runs. Through 77 games played Alonso already has hit 27 homers which is the most ever hit by a Mets rookie as the previous high was 26 by Darryl Strawberry in 1983. But the bigger number that Alonso has his eyes on is 41 as that is the Mets single-season record for home runs hit in a season which is held by both Todd Hundley and Carlos Beltran.

Alonso’s contributions are not going unnoticed as he was just named as the National League Player of the Week, while he is definitely in the running to be an All-Star next month, as well as being the rookie of the year on the Senior Circuit.

But Alonso’s biggest attribute is that he is giving the Mets something that they have struggled to develop in their 58 years of existence which is an everyday player who is a bona fide star.

The Mets franchise has always been known for pitching, but hitting for whatever reason has always been their downfall as aside from Strawberry and David Wright, they’ve failed to develop sluggers. And a classic example of that is the fact that Strawberry’s 252 homers with the Mets which are still the most in the franchise’s history in spite of the fact that he has not played for them since 1990. However Alonso is on a fast track to be the new poster boy for power in Queens.

Alonso already has three multi-homer games, while he has gone yard in three of the last four games for the Metropolitans as he turned Wrigley Field into his own personal playground this past weekend.

Alonso’s arrival to the Mets came at the perfect time as this team needed a star for the fans to get behind following the retirement of Wright last year, and he also has the power to get the casual fans to make the trek to Queens in order to watch him put on a hitting display. The old saying is that “chicks dig the long ball”, and as the Mets have struggled to consistently hit homers since Citi Field opened in 2009, Alonso has the pop in his bat to consistently go yard, while also putting on a show in batting practice due to his ability to routinely hit 450-foot bombs.

The Mets are nearly at the halfway mark of the season and it still is not clear as to whether or not that the franchise wants to make a push for the postseason or become sellers. But one thing is for sure and that is that the Mets have found their cleanup hitter for the coming years.