Has Fandom Crossed The Line?

Previous Next
Has Fandom Crossed The Line?

It is no secret that some people live and die by what their favorite sports team does or doesn’t do as we’ve some fans take the wins and losses to heart. Many professional sports leagues and franchises have been hard at work to give their spectators the ultimate fan experience which includes seating being closer to the playing field, and sometimes exclusive access to the players. But like everything else there is downside to this as we’ve seen far too many cases where fans take their beloved sports to heart, and thus want to involve themselves in the production.

The most recent example of this came last Wednesday night during Game 3 of the NBA Finals when a fan shoved Toronto Raptors point guard Kyle Lowry when he went into the court side seats at the Oracle Arena in Oakland,California as he was attempting to save a loose ball. Lowry showed tremendous restraint by not engaging a physical retaliation in the fan which would have been a huge public relations nightmare. But this was no ordinary fan as the gentleman in question happens to be Mark Stevens who is on the executive board of the Golden State Warriors.

The NBA quickly investigated the matter and Stevens was banned for one year, along with having to pay a $500k fine. But the NBA has come under fire for this move. And rightfully so as it has been deemed by many as a slap on the wrist being that Stevens has a net worth of $2.3 billion, while there are those who felt that the league should have sent him packing for good. Anyone with half a brain knows that if you’re going to sit court side at an NBA game there is the high possibility of a collision with a player. But Stevens apparently never received that memo as he and the NBA should be grateful that this did not result in a repeat of the 2004 Malice At The Palace when former Indiana Pacers forward Ron Artest went into the stands to fight fans after a drink was thrown at him. However the NBA and other professional sports leagues are flirting with disaster once again.

In an incident earlier this season involving Oklahoma City Thunder point guard Russell Westbrook, a fan in Salt Lake City, Utah was ejected from the Vivint Smart Home Arena after making a racial slur towards the All-Star. In this particular incident we saw the Jazz step in and make the right move to ban the fan from the arena for life which will hopefully make him think about his ignorance, while also setting an example to other ticket holders that this foolishness won’t be tolerated.

But there are plenty of fans around the sports world who are not getting the message as their jealousy of these super jocks is on full display, and once you factor that in with those who cannot control themselves after consuming some of the alcohol that is sold at these sporting events, it is the equivalent to dynamite on a short fuse. 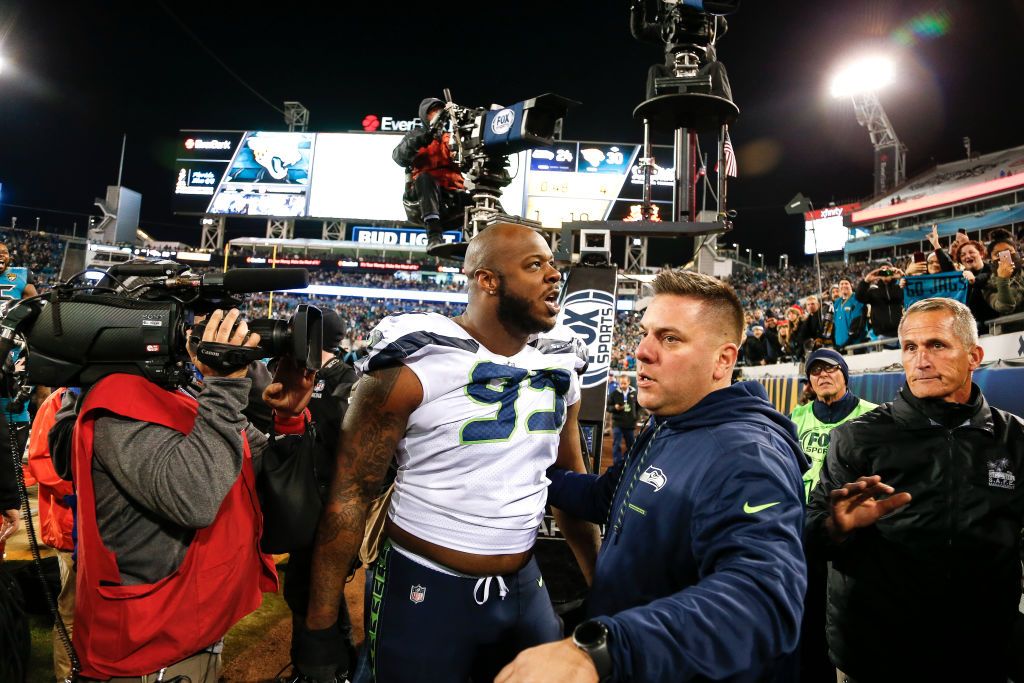 In December 2017, Seattle Seahawks defensive tackle Quinten Jefferson was ejected towards the end of the Seahawks road loss to the Jacksonville Jaguars for unsportsmanlike conduct. And as Jefferson was exiting the field, some fans in Jacksonville decided to take it upon themselves to let the burly defensive tackle know how they felt about him as they threw plastic drink bottles at him. Jefferson did not take the matter lightly and he attempted to climb into the stands at EverBank Field. Luckily for Jefferson and the National Football League, he was unable to get into the stands as he was restrained by stadium security as it would have been another black eye for the NFL if this 6’4″, 300-pound freak of nature would have gotten into the stands.

Social media is not helping the matter either as some folks become instant tough guys as they feel that they can type whatever they want onto a computer screen. And this bravado carries over to the stadiums and arenas, but these folks have no idea who they are dealing with.

The average professional athlete excelled at several sports as an amateur as we’ve seen many instances where a defensive tackle in the National Football League might have also been a state champion in high school wrestling, or where a quarterback might have also been an outstanding high school baseball pitcher or third baseman. These guys and gals are super athletes and have been blessed with tremendous physical attributes and fast-twitch muscles to boot.

But whereas most fans and sports writers/analysts take what these athletes do to heart, for most of them it is a job. And like anyone at the end of a shift on the job, they want to go home, spend time with their families and relax. However these athletes are always held to a higher standard as they have targets on their backs on and off of the field, but if one of them refuses to turn the other cheek, we will have a big problem. And as disturbing as last week’s incident in Oakland was, it won’t be the last as there will still be a contingency of spectators at sporting events that feel entitled to say and do whatever they want due to the fact that they purchased. However the hindsight to this is that the majority of these people will be quick to ask one of these same athletes for an autograph or snapshot upon meeting them face-to-face. 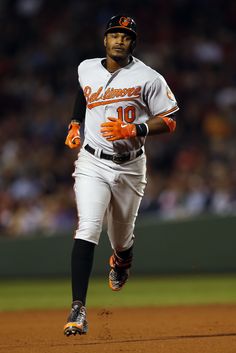 And you have to love this double standard that has been created as we as a society always want our athletes to do the right thing, but it is time for everyone to be held to that same standard. One example of raising the bar for fans has been illustrated by the Boston Red Sox who after a 2017 incident involving former Baltimore Orioles outfielder Adam Jones in which racial slurs were directed towards him have introduced a zero tolerance policy on this matter as those fans will be removed from the stadium and banned.

More teams need to take the stance that organizations such as the Red Sox and Jazz have, but until then those unruly ticket holders will continue to push the envelope.