Another NBA Attempt To Save Basketball In New Orleans

Previous Next
Another NBA Attempt To Save Basketball In New Orleans

According to Forbes.com, the NBA raked in a whopping $7.4 billion in revenue last year as they are indeed a global giant. With stars such as Los Angeles Lakers small forward LeBron James and Golden State Warriors small forward Kevin Durant leading the way, the NBA is easily able to market their product as the owners of the big-market teams and small-market teams alike are able to swim in the money. But even though that the smaller-market teams are able to get a healthy slice of the pie due to revenue sharing which is a system that survives on the stability of the big-market teams, the system is flawed, and you need to look no further than the City of New Orleans for that.

In attempting to fend off the American Basketball Association, the NBA decided to expand to the French Quarter in 1974, and thus the New Orleans Jazz were born. In five years in New Orleans, the Jazz never made the playoffs, but they were able to draw fans; even at the cavernous Louisiana Superdome. However the Jazz had to deal with a slew of financial issues which resulted in them leaving New Orleans in 1979 in favor of Salt Lake City, Utah.

After the Jazz left New Orleans, the city would play host to several exhibition games with one notable regular season game where Larry Bird scored 60 points to lead the Boston Celtics to a victory over the Atlanta Hawks, but you never got the feeling that the NBA would return there. After the Jazz left New Orleans, the NBA would expand to the Southeast region with the Orlando Magic, Charlotte Hornets and Miami Heat coming into existence in the late 1980’s. But when the Hornets attendance began to decline around 2000, the NBA decided to give New Orleans another try.

The Hornets would move to New Orleans in 2002, but very quickly they were hit with adversity in their new town as the destruction of Hurricane Katrina in 2005 forced them to relocate to Oklahoma City for nearly two seasons. In 2006, the Hornets would return to New Orleans, and they were able to ignite their fan base by winning their first playoff series the following spring. However the Hornets were unable to put a consistent contender on the floor which would result in their star player point guard Chris Paul becoming disgruntled, and ultimately traded to the Los Angeles Clippers.

Following Paul’s departure in 2011, New Orleans would get a reprieve in 2012 when the ping-pong balls “bounced” in their favor as they would win the NBA’s Draft Lottery which gave them the first overall pick in the draft who would be power forward Anthony Davis.

Since then Davis has been the star of the Hornets who’ve gone on to become the Pelicans, but like Paul, he has grown frustrated with the direction of the franchise. The Pelicans flirted with trading Davis to the Lakers this past season, but neither side could reach a deal with the fallout resulting in Dell Demps losing his job as general manager in New Orleans. The problems didn’t stop there as Davis would sparingly play for the remainder of the season as both he and the Pelicans front office would invent new excuses on a nightly basis as to why he was not in the lineup. All signs point to Davis being traded this summer, and as the Pelicans appear ready to start over, they received another gift from the NBA this week when it was announced that they had once again been given the first overall pick in the draft. All signs point to the Pelicans selecting current Duke Blue Devils forward Zion Williamson who is seen by many basketball experts as the best pro prospect since James came into the NBA in 2003, as he’ll be expected to give New Orleans the star power that they need to survive.

This past season the Pelicans were 25th in the NBA in paid attendance as they drew barely more than 16,000 fans per game. But the Pelicans are fighting an uphill battle in the French Quarter as New Orleans is not a basketball town, and if you’re not winning, the fans there won’t consistently support you. However instead of the NBA acknowledging this, they will continue to force feed their product down the throats of a region that clearly doesn’t want it. And instead of the NBA allowing the Pelicans to move to places such as Seattle, Washington or Las Vegas, Nevada that are ready for a professional basketball franchise, they are going to do everything in their power to keep this team in the Crescent City with Williamson being the next and potentially last hope.

In winning the draft lottery this week, the Pelicans came from beginning the night with a 6% percent of winning to striking gold which only adds to the angst of those who feel that the NBA’s draft process is rigged. 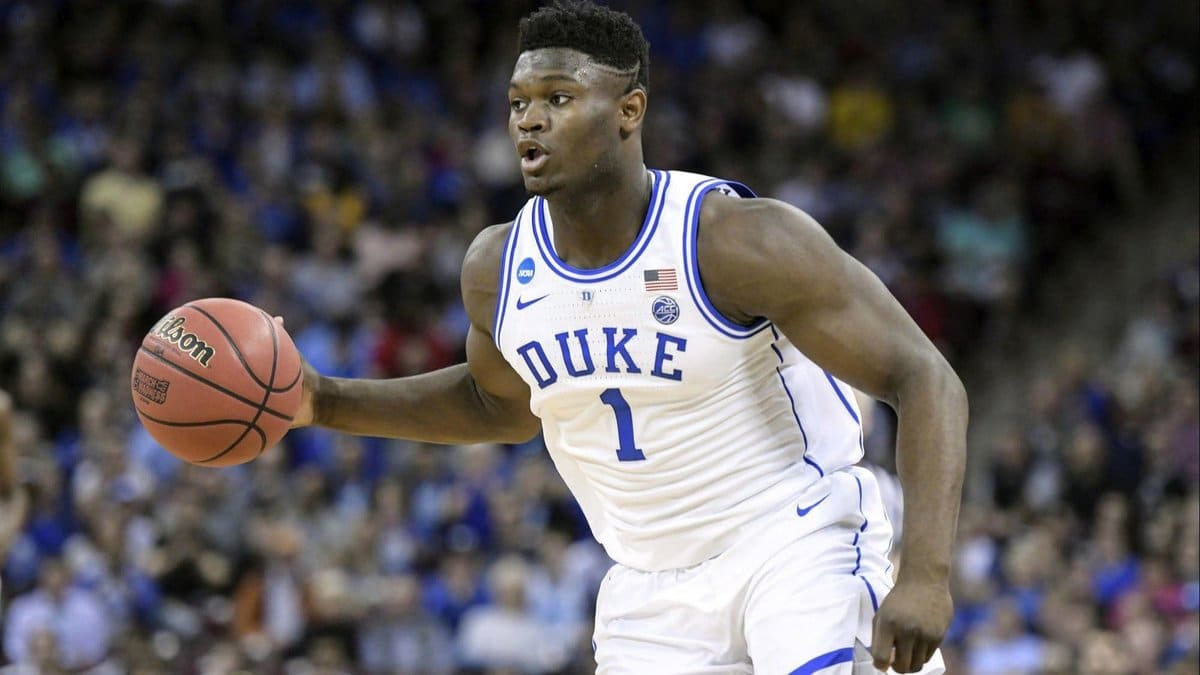 Yes, the NBA is attempting to eliminate the idea of teams “tanking” in order to keep things competitive which was a tough pill to swallow for a Knicks fan base that saw their team only win 17 games this past season, but the league took hope from a metropolis who would have to settle for the third overall selection in order to save basketball in a city that doesn’t care whether or not that the Pelicans are there. And just like it was for Paul, and just like it currently is for Davis, Williamson will grow tired of playing in New Orleans. Sure Davis will do the politically correct thing and be all smiles when NBA commissioner Adam Silver announces him as the first overall pick in next month’s draft, and just before his rookie contract expires, he’ll sign an extension to stay in New Orleans due to the fact that they can offer him more money than any other franchise, but the cycle will continue as he’ll be planning his exit strategy from the French Quarter.

What helped to keep the Jazz afloat during their run in New Orleans was trading for Pete Maravich who prior to joining the NBA, was a scoring machine collegiately for the LSU Tigers. However this time around there is no local amateur basketball icon that will save the Pelicans, but the NBA will refuse to admit they are set to fail in this city once more as they’ll attempt to mask it with the James’ and Durant’s of the league who can keep rolling for the league in spite of the fact that the Pels are not keeping up with the rest of the basketball convoy as it rolls down the interstate. And just like it always is, those who’ll suffer the most are the fans as those die hards in New Orleans who actually support the Pelicans will get another glimpse of a star player that doesn’t want to be there, while there is a city that is currently without a team, that would give them a home where they could flourish. But this is just another case of the almighty dollar hard at work in order to line the pockets of the wealthy, and absolutely nothing else.