After acquiring wide receiver Amari Cooper from the Oakland Raiders last year, the Dallas Cowboys didn’t have a first-round pick in the 2019 National Football League Draft. The Cowboys would have to wait until late in the second round of the draft proceedings before they got things going, but that didn’t prevent them from finding some talent.

Overall Dallas would make eight selections with the biggest standout being former Penn State Nittany Lions guard Connor McGovern. At 6’5″, 323 lbs., McGovern is a load that is athletic, and it would not surprise me to see the Cowboys use him at right tackle.

Typically the Cowboys look for star appeal in the draft, but this time around it was more about substance and depth.

In recent years the Philadelphia Eagles have been one of the National Football League’s better organizations in regards to finding talent at the draft. The Eagles have built one of the deepest rosters in the NFL, and it is no wonder why they won the Super Bowl two years ago, and are preparing to contend once more. However in year’s past where the Eagles focused on adding a wealth of depth, this time around they had less picks, but still got themselves good value.

The Eagles would swap first-round picks with the Baltimore Ravens in order to select former Washington State Cougars offensive tackle Andre Dillard. At 6’5″, 215 lbs., Dillard is a load, and he was a big reason why the Cougars had one of the top offenses in the Pac-12 Conference last season. The beauty of this pick for the Eagles is that being that they already have a veteran offensive line, there is no rush for them to plug in Dillard which means that they can time to develop him.

The second round would see Philadelphia select former Penn State Nittany Lions running back Miles Sanders. Sanders spent the first two years of his collegiate career in the shadow of current New York Giants running back Saquon Barkley. But with Barkley’s departure from Penn State in 2018, it gave Sanders the opportunity to show that he can be an every down back. At 5’11”, 215 lbs., Sanders combines power and speed. and like Dillard, there won’t be immense pressure on him early on due to the depth that the Eagles currently have.

This draft class is the prime example of why the Eagles will once again find themselves in Super Bowl contention in 2019.

Five out of the last six years have seen the Washington Redskins fail to make the playoffs, and to get to the bottom of those struggles look no further than their misses in recent years at the National Football League Draft. But things were a bit different this year for the Redskins who found themselves some impact players that could be ready to make a difference this year. 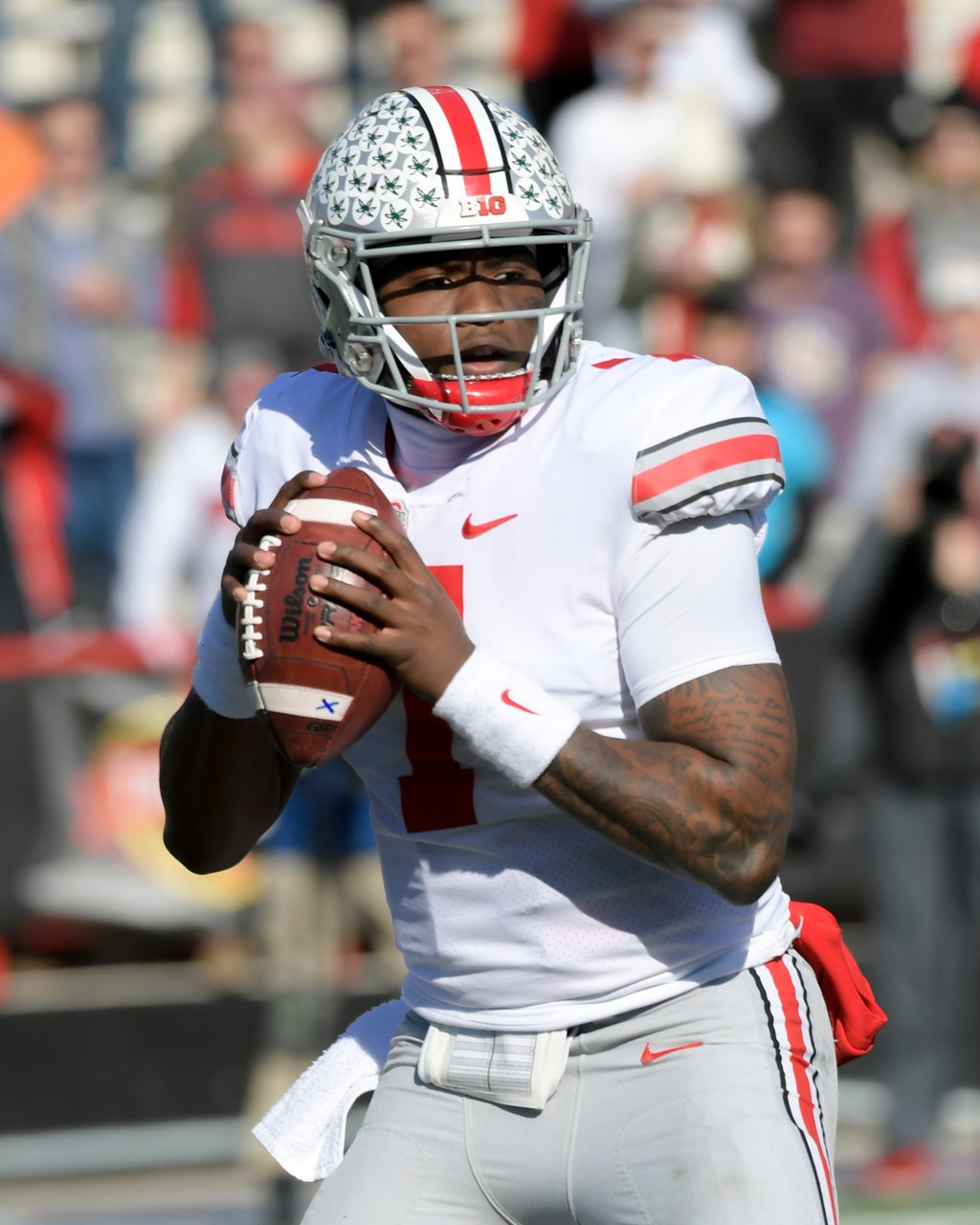 There was no doubt that former Ohio State Buckeyes quarterback Dwayne Haskins was going to be a first round pick, it was merely a matter of what team would select him. But when the New York Giants and Miami Dolpins would each pass on Haskins, the Redskins were ready to pounce on the man that they feel will be their franchise quarterback for the coming years.

Haskins only started for one year at Ohio State, but he made the most of it as he threw 50 touchdown passes en route to being the Big Ten Conference’s Offensive Player of the Year. Haskins completed 70% of his passes last season and that accuracy made him become a wanted man in Washington.

But after selecting Haskins, Washington was not done in the first round of the draft as they would make a trade with the Indianapolis Colts to select former Mississippi State Bulldogs defensive end/outside linebacker Montez Sweat.

In two years at Mississippi State, Sweat racked up 22.5 sacks as he became one of the fiercest pass rushers in the Southeastern Conference. And even though that Washington was seventh in the NFL in sacks last season, you can never have too much of a good thing.

Washington would spend the remainder of the draft adding depth on both sides of the football, but their front office hit a grand slam in the first round by picking up Haskins and Sweat.

The New York Giants entered the 2019 National Football League Draft in possession of 12 draft picks which appeared to be an opportunity for them to reshape their roster. But at the end of the draft proceedings, the Giants left their fan base perplexed.

Giants general manager Dave Gettleman flirted with the notion of taking a quarterback at some point of the draft, but not sixth overall. The Giants shocked many observers when they selected former Duke Blue Devils quarterback Daniel Jones sixth overall. In three years at Duke, Jones had an up and down career, but he was able to develop a rapport with the Giants after attending the Manning Passing Academy, while also being coached by David Cutcliffe collegiately who also happens to be a mentor to current New York starting quarterback Eli Manning. Gettleman claims that there were other teams that were ready to take Jones, but sixth overall was a reach for a quarterback who is a “project”.

In trading wide receiver Odell Beckham Jr. to the Cleveland Browns this off-season, the Giants received an additional first-round pick. The Giants were expected to go defense, and they used the selection on former Clemson Tigers defensive tackle Dexter Lawrence. Lawrence was very productive player at Clemson as he was a member of one of the more decorated defensive lines in college football in recent years; however his time there will be overshadowed by his failed drug test which sidelined him prior to the College Football Playoff a few months ago. Gettleman has spent this off-season talking about “changing the culture” in the Giants locker room this off-season, but it is hard to do when you’re taking chances on guys who are not responsible.

The Giants would then pull off of shocker when they made a deal with the Seattle Seahawks to trade back into the first round to select former Georgia Bulldogs cornerback DeAndre Baker. Baker enters the NFL as the reigning Jim Thorpe Award winner as the nation’s top cornerback, but he also has character issues which scared off some teams, and he joins a trio of first-round pick that will make or break Gettleman’s tenure with the Giants.

Although the Giants surrendered vital draft capital to the Seahawks in order to obtain Baker, they were still able to find some value later in the draft. In the third round, New York would select former Old Dominion Monarchs defensive end Oshane Ximines.  Ximines came into the NFL Draft as an underrated edge rusher due to the fact that he played at a small school, but it is hard to overlook his production which included 35 career sacks.

In the fourth round, the Giants continued to address their secondary when they tabbed former Notre Dame Fighting Irish cornerback Julian Love. Love only tallied one interception last year, but the Giants like his coverage skills as well as his toughness. Last year Love was fifth on Notre Dame in tackles and his ability to mix it up will win over his coaches rather quickly.

The fifth round would see the Giants select former Wisconsin Badgers inside linebacker Ryan Connelly. Connelly comes to the Giants as the prototypical Badgers defender as he has football smarts, while also being tough. Connelly will definitely get some reps on defense as a rookie, but his strongest contribution this year could come on special teams.

After missing the boat in the first round, the Giants would add some value in the later rounds, but the question marks surrounding their trio of first-round picks won’t go away if the team’s on-field output does not improve in 2019.