Last year the Los Angeles Rams made several trades which saw them part with draft picks that left them partially barren of selections heading into the 2019 National Football League Draft. But Rams general manager Les Snead was able to make several deals which gave Los Angeles some draft capital to work with and add depth to a franchise that could be preparing to face the salary cap crunch.

Overall the Rams would make eight selections over the weekend with all of them coming at positions where they currently have veterans that have large price tags attached to them, or only have a few more good years left in the league. The Rams didn’t select a player that will come in and have an immediate impact, but they are in position to develop them to be quality starters in their system in a year or two which will allow them to continue to compete for the top spot in the NFC West.

Initially it appeared that the Seattle Seahawks would not be that active at the 2019 National Football League Draft due to a lack of draft picks, but when it was all said and done, they came away with a slew of selections. Several trades which included sending defensive end Frank Clark to the Kansas City Chiefs and trading a first-round pick to the New York Giants, would put the Seahawks in position to put together one of the draft’s best hauls. 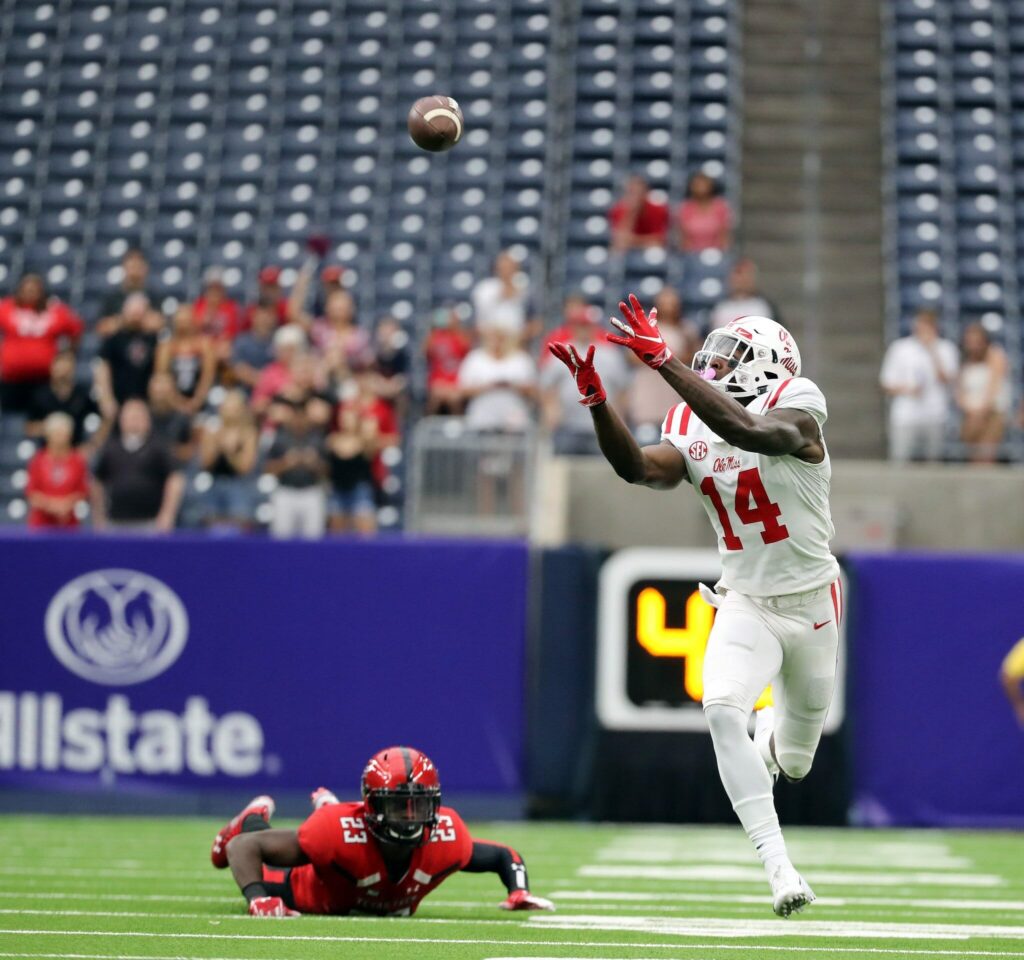 Throughout the draft the Seahawks would make value picks as they took players that not only fit their system, but whom should have been taken early and thus were draft steals. With the last pick of the second round, Seattle would select former Ole Miss Rebels wide receiver D.K. Metcalf who aside from being chiseled out of marble, has tremendous upside as a pass catcher.

The fifth round would see the Seattle arguably get the steal of the draft when they selected former Washington Huskies middle linebacker Ben Burr-Kirven. Kirven comes to the Seahawks as the reigning Pac-12 Conference Defensive Player of the Year as he will tackle anything that moves. And Burr-Kirven’s ability to get to the ball carrier will definitely earn him some reps as a rookie.

Six of the last seven years have seen the Seahawks make the playoffs, while they’ve also been able to weather the storm of giving quarterback Russell Wilson lucrative deals. And a big reason for that success in Seattle has been their ability to consistently hit it big at the draft which they once again did this past weekend.

In two years as the general manager of the San Francisco 49ers, John Lynch has attempted to reshape the team’s roster as he has sought out impact players. Lynch has not always succeeded which gives an idea as to why the Niners have lost 22 games over the last two years, but he entered the 2019 National Football League Draft looking to change that.

The Niners came into the draft with the second overall pick which they would use on former Ohio State Buckeyes defensive end Nick Bosa. Bosa was arguably the best athlete available coming in the draft, and San Francisco is hopeful that he can improve a pass rush that was 22nd in the league in sacks last season, while also bringing a winning culture to the locker room.

The 49ers are expecting quarterback Jimmy Garoppolo to bounce back from his ACL injury last year and after drafting Bosa, they would spend their next two selections on wide receivers in order to help their signal caller. Former South Carolina Gamecocks wide receiver Deebo Samuel comes to the NFL with tremendous upside due the fact that he was productive pass catcher in an offense at South Carolina that was not characterized as explosive. The third round would see San Francisco select former Baylor Bears wide receiver Jalen Hurd who after beginning his collegiate career with the Tennessee Volunteers as a running back, would make the conversion to a pass catcher without losing the physicality from his game as a ball carrier.

The remainder of the draft would see San Francisco focus on taking players that will be categorized as “projects”, but after missing in year’s past in the draft, Lynch found some impact players early who could help this team begin to turn things around. 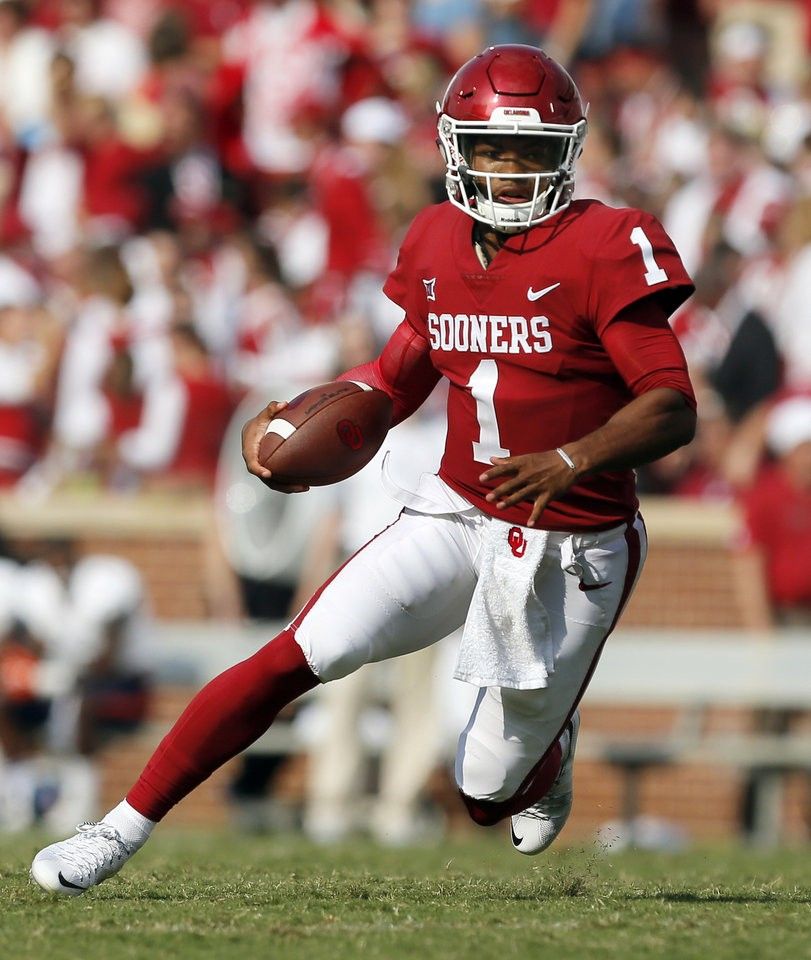 With the Arizona Cardinals in possession of the first overall pick in the 2019 National Football League Draft, it was no surprise that they were going to take former Oklahoma Sooners quarterback Kyler Murray, but they needed to make the most of their remaining selections. First-year Cardinals head coach Kliff Kingsbury wants a roster of players that will fit into his system, and as Arizona is expected to operate an uptempo offense this year, it was imperative for him to find the right players.

The Cards would use three selections on wide receivers in this draft on players that have different skills sets. Former Massachusetts wide receiver Andy Isabella is a prototypical slot receiver in the mode of Wes Welker and current New England Patriots wide receiver Julian Edelman. At 5’9″, Isabella is not big, but he is shifty and elusive which will allow him to play off of the skill set of Murray. The fourth round would see the Cardinals take former Iowa State Cyclones wide receiver Hakeem Butler. Butler is a stud at 6’6″, 225 lbs., who is a big, physical receiver that is still a bit raw in regards to being a pass catcher, but he can learn from one of the best in the business in current Cardinals wide receiver Larry Fitzgerald. And in the the sixth round, the Cardinals would take former Fresno State wide receiver KeeSean Johnson who can become the classic possession receiver. Last year Johnson one of the best pass catchers in the Mountain West Conference as he tallied 95 receptions for 1,340 yards. Johnson knows how to help a quarterback move the chains on third down, and he’ll quickly became a favorite of Murray.

The Cards would find some value in the later rounds which included selecting former Alabama Crimson Tide safety Deionte Thompson in the fifth round. Thompson was an All-American last year at Alabama, while he was also a member of two national title teams and the hope is that he’ll be able to bring some of that championship swag with him to the desert.

The Cardinals still have some business ahead of them to become a playoff team, but this was an important draft as Kingsbury is seeking to establish his system in the desert.