The 2019 National Football League Draft was historical for the Baltimore Ravens as it marked the first time in the history of their franchise that their war room was not led by Ozzie Newsome. Eric DeCosta is now calling the shots as the Ravens general manager, and after the team found their new franchise quarterback in last year’s draft in the form of Lamar Jackson, his job is to now build around the athletic youngster.

The Ravens didn’t waste anytime in doing that as they used their first-round pick on former Oklahoma Sooners wide receiver Marquise “Hollywood” Brown. Brown came into the draft as arguably the most explosive wide receiver available, and after spending time at Oklahoma catching the football from the likes of current Cleveland Browns quarterback Baker Mayfield and Arizona Cardinals quarterback Kyler Murray, he’ll be ready when Baltimore runs the spread offense with Jackson as its maestro.

The Ravens would spend the remainder of the draft adding depth and athletes. The second round would see the Baltimore select former Louisiana Tech defensive end Jaylen Ferguson who enters the NFL as the NCAA’s all-time leader in sacks with 45, while adding depth in the third round with former Notre Dame Fighting Irish wide receiver Myles Boykin, as well as former Oklahoma State Cowboys running back Justice Hill and one of Brown’s college teammates in guard Ben Powers in the fourth round as the latter will immediately fight for playing time.

Although that Newsome is no longer calling the shots for the Ravens, this team still knows how to properly conduct a draft.

The Pittsburgh Steelers have been busy this off-season attempting to get back to basics and get everyone on the same page after a disappointing end to the 2018 National Football League season which saw them miss the playoffs for the first time since 2013. And what a better way to get it done than by hitting it big in the NFL Draft.

Last year the Steelers missed out on drafting linebacker Tremaine Edmunds as the Buffalo Bills selected him, but this time they got their man at inside linebacker in Devin Bush Jr. The Steelers made a trade with the Denver Broncos to trade up to the tenth overall slot in the draft to select Bush who gives them a wealth of athleticism at the inside linebacker position. And with the very real possibility that Ryan Shazier may never play in the NFL again, the Steelers needed to find another impact player at inside linebacker which is what they’ll be getting with Bush.

The rest of the Steelers draft saw them add depth as they are attempting to get back to a brand of football that has helped them win six Super Bowl Titles. The Steelers hit it big in the fourth round when they selected former Kentucky Wildcats running back Benny Snell Jr. who is a powerful ball carrier that will spell the incumbent at starting running back in James Conner. In the sixth round the Steelers would select outside linebacker Sutton Smith who was a two-time All-American for the Northern Illinois Huskies. Smith is an underrated edge rusher who has a high motor, and he will push for playing time as a rookie. Another sleeper for the Steelers in the sixth round was former Alabama Crimson Tide defensive lineman Isaiah Buggs. Buggs is an athletic defensive lineman that will immediately be in the Steelers rotation on their defensive line due to his ability to penetrate and play the rush.

If the Steelers are able to get back on the winning track in 2019, this draft class will be a reason why.

Due to the acquisition of wide receiver Odell Beckham Jr., the Cleveland Browns entered the 2019 National Football League Draft without a first-round pick, but that didn’t mean that their general manager John Dorsey was not hard at work improving this roster. 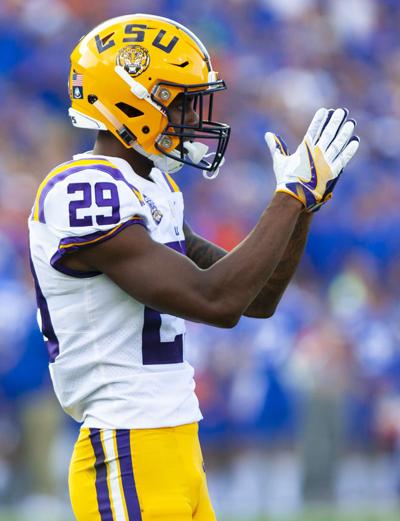 The Browns didn’t make their first selection until 46th overall where they picked former LSU Tigers cornerback Greedy Williams. In 2017 as a redshirt freshman, Williams recorded 6 interceptions, but only got 2 in 2018 as word got around the Southeastern Conference to not throw at him. Williams had first-round talent, but fell into the second round due to questions about his tackling ability. However going up against fellow LSU alums in Beckham and wide receiver Jarvis Landry each day in practice will get Williams game ready for anything that will be thrown his way in the NFL.

The third round would see the Browns select former BYU Cougars inside linebacker Sione Takitaki who tackled anything that moved, while the fifth would see them take former Alabama Crimson Tide inside linebacker Mack Wilson. Wilson had the talent to be taken in either the second or third rounds, but he fell to the fifth which made him a steal. Wilson is a versatile defender that’ll give Cleveland’s defense depth, but more importantly his high football I.Q. will allow him to have an immediate impact for the Browns.

These aren’t your father’s Browns as they are now selecting talent at the NFL Draft which is leading to wins.

The small-market Cincinnati Bengals have never focused on free agency as they instead rely on the National Football League Draft to find talent. And as Zac Taylor is beginning his tenure as Bengals head coach, he spent this past weekend’s National Football League Draft finding players that will fit his system. The Bengals selected the first offensive lineman of the NFL Draft when they picked former Alabama Crimson Tide offensive tackle Jonah Williams 11th overall. Williams was an All-American in 2018 as he helped to provide protection for one of the top offenses in the nation, and now he’ll be asked to bring some of that winning culture in Tuscaloosa to a Bengals organization that is looking to turn things around. 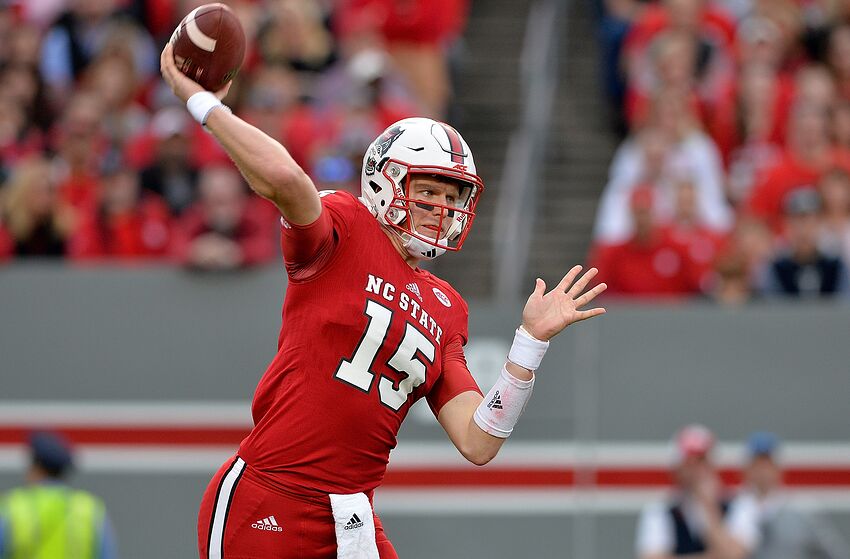 Overall Cincinnati made 11 selections this past weekend with their best coming in the fourth round when they picked former North Carolina State Wolfpack quarterback Ryan Finley. Finley was an accurate quarterback in college as completed nearly 67.5% of his passes last year en route to becoming the second most prolific quarterback in North Carolina State program history behind current Los Angeles Chargers quarterback Philip Rivers. The Bengals could be ready to move on from starting quarterback Andy Dalton, and Finley could help to speed up that process.

The sixth round would see Cincy load up at the running back position as they selected former Texas A&M Aggies running back Trayveon Williams and former Oklahoma Sooners running back Rodney Anderson. Williams is a burner who in three years at Texas A&M gained 3,615 yards on the ground, while Anderson could be a diamond in the rough if he is healthy.

This Bengals draft class will initially fly under the radar, but there are some impact players within this group.