The worst kept secret of the 2019 National Football League Draft is finally revealed as the Cards take Kyler Murray.

The Niners were 22nd in the NFL last season in sacks as their focus in this year’s draft will be on boosting their pass rush.

The Jets found their franchise quarterback last year in Sam Darnold, and now it is time for them to protect him.

The Raiders were 26th in the NFL last season in total defense as they will put the emphasis on that side of the football in this year’s draft.

The Bucs have committed to Jameis Winston as their starting quarterback which means that they have to give him some protection up front.

The Giants could flirt with taking a quarterback here, but Montez Sweat is too good for them to pass on.

The Jaguars signed quarterback Nick Foles this off-season, and now they must give him someone to throw the football to as they were 26th in the NFL in passing offense last year.

The Lions are still committed to Matthew Stafford as their starting signal caller, but they must find a way to protect him as he has been sacked 329 times in 10 years.

The Bills drafted quarterback Josh Allen last year, and now it is time for them to beef up the protection in front of him. 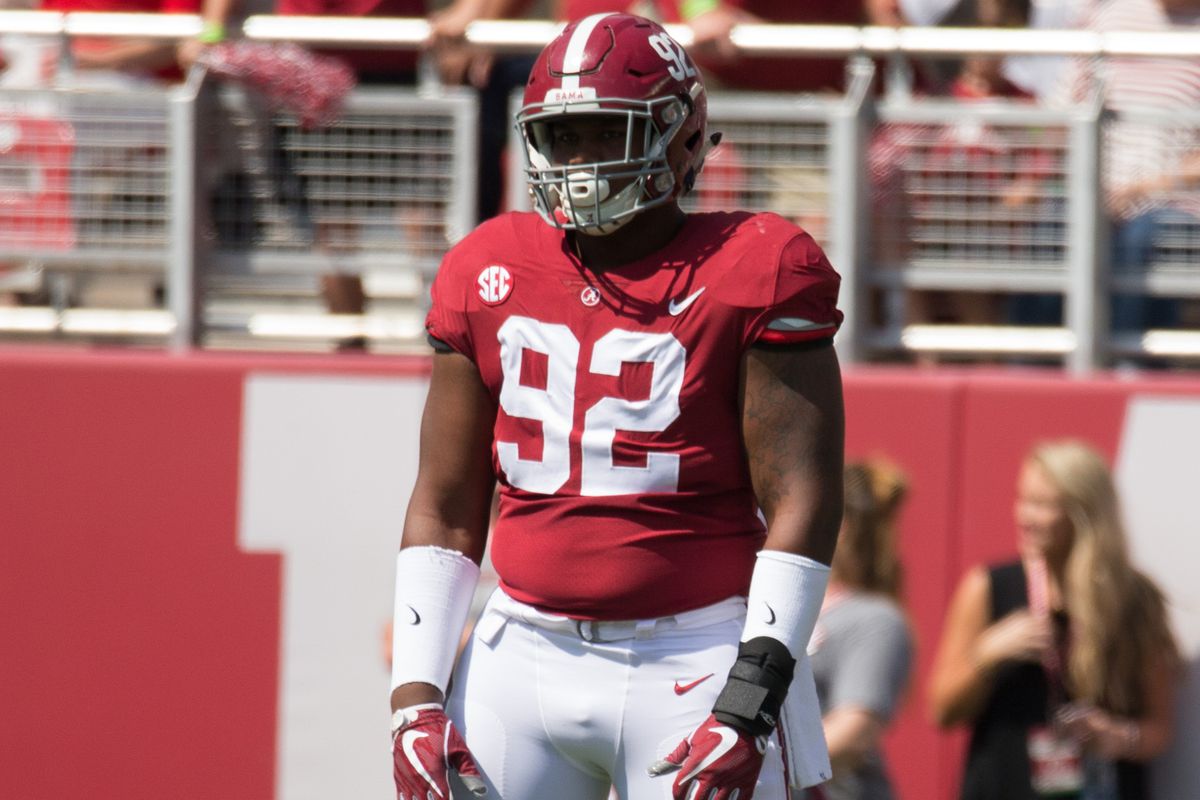 The Broncos could look at a quarterback here, but if Quinnen Williams falls this far, he’ll be too good to pass on.

The run on defensive tackles is in full effect as the Bengals will get them a game changer in Ed Oliver.

There has been a ton of hoopla around the Packers this off-season, but they have to bolster a defense that was 22nd versus the run last season. 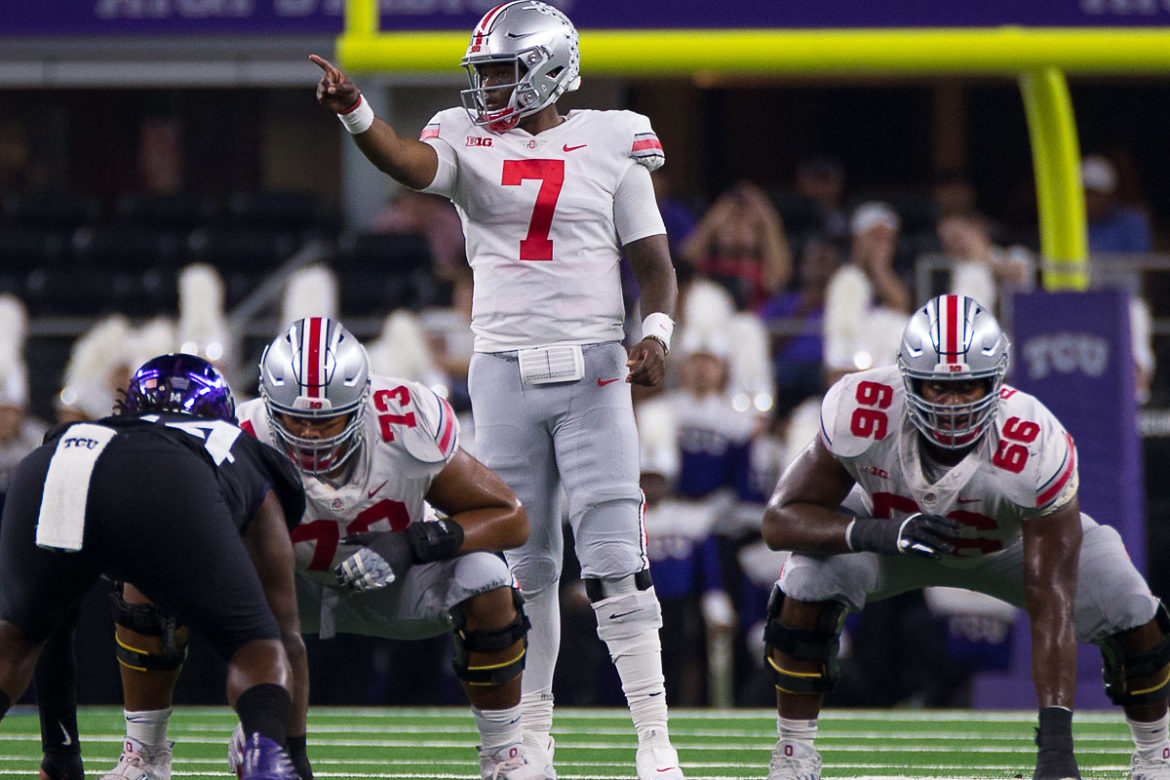 If Dwayne Haskins falls this far, the Dolphins could have their quarterback of the future.

In a division with Drew Brees and Cam Newton at quarterback, the Falcons need all of the athletic pass rushers that they can get their hands on.

With so much uncertainty around the future of Alex Smith, Washington must find a young quarterback to develop.

Injuries and age are taking their toll of tight end Greg Olsen as it is time for the Panthers to find his heir apparent.

There will be plenty of people who’ll want to see the Giants take a quarterback here, but their general manager Dave Gettleman is all about taking the best player available. And drafting Dexter Lawrence gives the Giants the opportunity to beef up their defensive line.

With the Vikings giving quarterback Kirk Cousins a king’s ransom, they might as well protect him.

Retirement and free agency have taken away from the Titans linebacker depth this off-season, and they’ll get one of the best players in this year’s draft.

The Steelers lost tight end Jesse James in free agency, and they’ll get a player in Noah Fant who has some of the best hands at his position in this year’s draft.

Pete Carroll’s time as the head coach of the Seattle Seahawks has been marked by him consistently plugging in athletes on both sides of the football, and he gets another here in Brian Burns.

The Ravens were hit hard in free agency on the defensive side of the football, and they’ll get a gift if Devin Bush falls this far.

Texans head coach Bill O’Brien is an old-school physical coach and he’ll get a road grader here for his offensive line.

Defense will be the theme in this draft for the silver and black.

Even this late in the first round, the Eagles will get their hands on a gem.

Andrew Luck once again looks like Andrew Luck, and now it’s time to get him more explosive players to get the football to.

Philip Rivers is a veteran quarterback that is not mobile and the Bolts must keep his uniform clean. 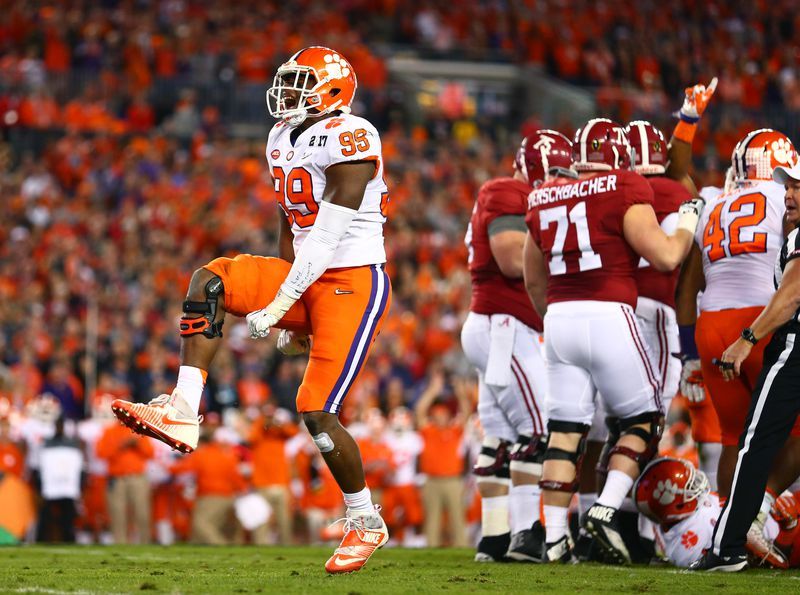 The Chiefs were terrible on defense last season, and with Steve Spagnuolo now inserted as their new defensive coordinator, their focus will be on beefing up the pass rush.

The Packers still believe in Aaron Rodgers as their starting quarterback, so why not get him one of the best deep threats in this year’s draft?

The Rams let Ndamukong Suh walk in free agency, but the rich get richer as they select Jerry Tillery.

The Patriots wide receiving corps have taken a beating this off-season with defections, but they are the best in regards to retooling.