Previous Next
The Blue Collar Clippers

Throughout the 49-year history of the Los Angeles Clippers, they’ve been plagued by futility. In eight years as the Buffalo Braves, this franchise would make three playoff appearances, but low attendance would force them to relocate to San Diego in 1978. And things would not get any better for the Clippers in San Diego as in six seasons there, they only produced one winning campaign.

In 1984, the Clippers would once again pack their bags to move. This time the Clippers would move three hours north to Los Angeles which is where they’ve been ever since. But what has plagued the Clippers for the majority of their time in Los Angeles has been bad management. From 1984-2014, the Clippers were owned by Donald Sterling as he could care less about winning since he knew that he could make a profit without putting a contender on the floor. However since the NBA forced Sterling to sell the Clippers following his racist remarks in 2014, things have been different for this franchise under their new owner Steve Ballmer.

Ballmer was the former CEO of Microsoft and he has brought the same visionary mindset that helped that corporation become a global icon to the Clippers. Under Ballmer the Clippers have shown a commitment to winning as they are seeking to get out of the enormous shadow which has been created by the Los Angeles Lakers.

Ballmer is seeking to get a new arena for the Clippers in Inglewood as they currently share the Staples Center with the Lakers and Los Angeles Kings of the National Hockey League. At the Staples Center, the Clippers are currently third in the pecking order in regards to scheduling for home games, while they also have to deal with looking at all of the championship banners and retired jerseys in purple and gold. In recent years the Clippers have somewhat attempted to remedy this by covering up the Lakers memorabilia during their home games, but we still know who runs the Staples Center, and it’s not Ballmer’s team. 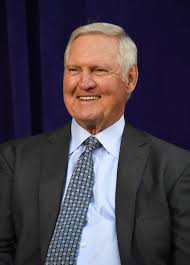 Ballmer is all about business which led to him luring away Jerry West from the Golden State Warriors in 2017 to be an executive in his front office. West has an impressive basketball background which includes winning an NBA Title as a player for the Lakers as well as helping them win more hardware as the team’s general manager. West has also spent time as the general manager of the Memphis Grizzlies which included him helping them make the NBA Playoffs for the first time in franchise history, while he also had a hand in current dynasty of the Warriors. And even with the basketball acumen of West, one of the best moves that Ballmer made upon taking over the Clippers was to retain the services of head coach Doc Rivers.

In five years as the head coach of the Clippers, Rivers has led this team to the playoffs now five times, while he has never posted a losing record in L.A. Rivers was initially brought to Los Angeles to get the Clippers over the hump in order to win an NBA Championship. But with the departure of “Lob City” stalwarts in point guard Chris Paul, power forward Blake Griffin, and center DeAndre Jordan, the Clippers have changed their approach.

Last summer the Lakers got all of the headlines when they signed small forward LeBron James in free agency to go along with their stockpile of early first-round picks, while the Clippers have focused on drafting, developing players, while also having an eye to strike it big this summer in free agency.

If you take a look at the current Clippers roster, they are mainly players who have been overlooked by the majority of the NBA. In 2008, small forward Danilo Gallinari was a first-round selection of the New York Knicks, but injuries overshadowed his time in the Big Apple as well as his six seasons with the Denver Nuggets. But this season Gallinari averaged a career-high for the Clippers this season with 19.5 points per game. Shooting guard Lou Williams was a second-round pick by the Philadelphia 76ers in 2005 as he came straight out of high school, but he has become one of the better bench players in the NBA during this era. Williams led the Clippers in scoring last season at 22.6 per contest in spite of the fact that he only started 19 games, while he chimed in with 20 points per game this year.

In all the Clippers have four players who averaged at least 10 point per game this season which includes power forward Montrezl Harrell who was a second-round pick of the Houston Rockets in 2015. And if you want a shining example of the underdog slogan for the Clippers, point guard Patrick Beverly cannot be overlooked. Beverly was a second-round selection of the Lakers in 2009, but he would spend five years playing basketball overseas before he got his crack in the NBA. This is something which has never been lost on Beverly who always plays basketball like somebody is attempting to take it from him. And this aggressive style has allowed Beverly to never back down from facing the top point guards in the Western Conference which includes Steph Curry of the Warriors, and Russell Westbrook of the Oklahoma City Thunder.

There were those at the start of this NBA season (myself included), who did not expect the Clippers to be a playoff team. I anticipated the Clips going 40-42 which would see them miss the postseason. However these Clippers would win 48 games en route to securing the final playoff spot in the Western Conference, while their bunk mates at the Staples Center in the Lakers who came into this campaign with all of the hype surrounding them are the team that’ll be watching the postseason from home.

What you have to do is to sit back and respect the “system” of how things are now done for the Clippers. Ballmer is an owner who wants to win which means that he has to put the right people in the right positions to succeed. In 2017, Ballmer wanted Rivers to solely focus on being the Clippers head coach, and give up his title as the team’s president of basketball operations. Rivers was able to put his ego aside for the greater good of the organization, and in return he has become a better head coach. That same year would see Ballmer lure Jerry West away from the Warriors his advisory role to assume the same position with the Clippers. West is arguably the greatest executive in NBA history as he has knack for finding talent. West was the architect of the Lakers dynasties of the 1980’s and early 2000’s as Ballmer is hopeful that he will do the same for his Clippers.

However the Clippers will be fighting an uphill battle when the NBA Playoffs begin tomorrow as they’ll be facing a talent-rich Warriors team that is seeking to win their fourth league title in the last five years, but you cannot overlook their feat of making the postseason in the tough Western Conference which should pave the way for them to have a very good summer.

The Clippers will enter free agency flush with salary-cap space that’ll give them the opportunity to sign two players to max contracts. There is a possibility that the Clippers could lure small forward Kevin Durant away from the Warriors, or small forward Kawhi Leonard from the Toronto Raptors as Ballmer is seeking a star to make the center piece of his franchise.

Even with a new arena in the Greater Los Angeles area, the Clippers will never be able to fully emerge from the shadow that the Lakers and their 16 NBA Titles have created, but there is no time like the present for them to make a splash. The Lakers have become a shell of themselves as an organization, while the Clippers have become the more stable franchise. I’m hard pressed to see a star player in the NBA saying no to West or Rivers as this summer is shaping up to be the most exciting time for the Clippers and their small, but growing fan base in Los Angeles.