Previous Next
R.I.P. To Lob City 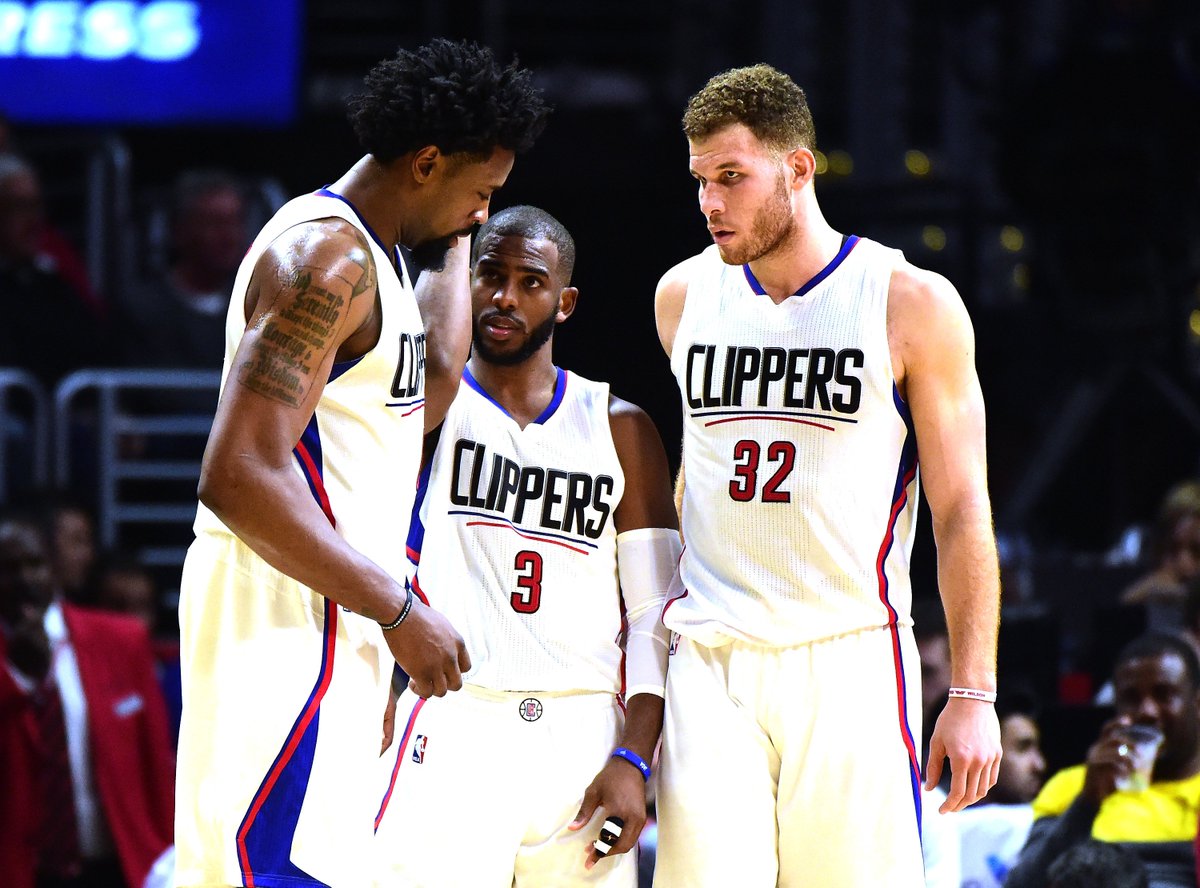 From 2011-2017, the Los Angeles Clippers were one of the most exciting teams in the NBA. The Clippers were a perennial playoff contender as they were led by point guard Chris Paul, power forward Blake Griffin, and center DeAndre Jordan. Paul was a maestro on the court as his passes to Jordan and Griffin were crisp enough to swerve through traffic on the Santa Monica Freeway during rush hour. But even though that the Clippers were a team that was full of excitement, they could never win a championship, and as quickly as this trio was put together was as quick as it was disassembled.

Last summer Paul let the Clippers know that he no longer wanted to play for them as he had grown tired of the moves, or lack thereof by the team’s front office. Paul had grown frustrated after the Clippers failed to acquire small forward Carmelo Anthony from the New York Knicks just prior to the trade deadline in 2017. The Clippers would not have had to part with Paul, Griffin, or Jordan in order to get Anthony, but the deal would be nixed as head coach Doc Rivers didn’t want to trade his son Austin who was a reserve shooting guard.

This infuriated Paul who wanted out of town, while Rivers would no longer be allowed to make personnel decisions.

After losing Paul last summer, the Clippers decided to sign Griffin to a massive extension as he would receive $173 million over five years. The Clippers decided to make Griffin’s re-signing a Hollywood spectacle which was full of pomp and pageantry. At the ceremony Clippers owner Steve Ballmer claimed that Griffin would be a “Clipper for life”, and even talked about one day having his jersey retired.

But the Clippers would quickly sour on Griffin as they felt that he wasn’t the same player without Paul as he could not consistently create his own shot. And after just 33 games with the Clippers on his new deal, Griffin was traded to the Detroit Pistons.

The trade of Griffin would leave Jordan as the last man standing from this trio. Jordan has never been an offensive threat as he is known more for his ability to rebound and defend, while also being the recipient of alley-oop passes from Paul. And once Jordan saw the writing on the wall, he decided to leave town this summer in free agency.

Ironically Jordan is joining the Dallas Mavericks on a one-year deal for $24 million. Three years ago Jordan had “verbally agreed” to join the Mavericks as a free agent, only to return to the Clippers, but now Dallas finally has his named inked on a contract.

So there ends the most interesting era of Clippers basketball. Yes the Clippers were never able to win a championship, but this trio was able to put some excitement into a franchise that had been so bad for so long. The Clippers were able to string together five consecutive 50-win seasons which had never been done before in franchise history, while they finally were able to become recognizable in Los Angeles. The Clippers will always be second-class citizens in Los Angeles to the Lakers, but for once people were proud to associate themselves with this franchise.

Ballmer has already started the process of rebuilding and he has the right man on board to help him. Last summer Ballmer brought Jerry West on board as a consultant. West is an icon as he won a championship as a player with the Lakers, while winning eight more as the franchise’s general manager. West has always had a keen eye for talent which included him trading for shooting guard Kobe Bryant shortly after the 1996 NBA Draft, while making the Memphis Grizzlies a playoff contender when he was their general manager during the mid-2000’s. From 2011-2017, West was a consultant for the Golden State Warriors as he had a hand in their recent success which has resulted in three NBA Championships in the last four years. West nixed a deal that would have seen the Warriors trade shooting guard Klay Thompson to the Minnesota Timberwolves for power forward Kevin Love, while he suggested putting power forward Draymond Green in the starting lineup, and the rest is basketball history.

Ballmer is hell bent on getting out of the Lakers shadow and no longer sharing the Staples Center with them as he wants to build an arena for his team in Inglewood as it is all about the Clippers brand.

But let’s face it as the Clippers were never going to win a title with Lob City as at some point you must be able to run a half-court offense which they couldn’t do consistently. Paul, Jordan, and Griffin have all shown that they can’t be the guy in clutch time as their brand of basketball will sell tickets and t-shirts, but not hang banners in the rafters which is what Ballmer wants. The Clippers were never going to be able to consistently get past the Warriors in the playoffs; albeit they did knock them out in the first round in 2014, but there was not going to be a championship for this Los Angeles squad. However you’ll never be able to take away from the cultural impact which Lob City was able to have for the Clippers in Los Angeles.