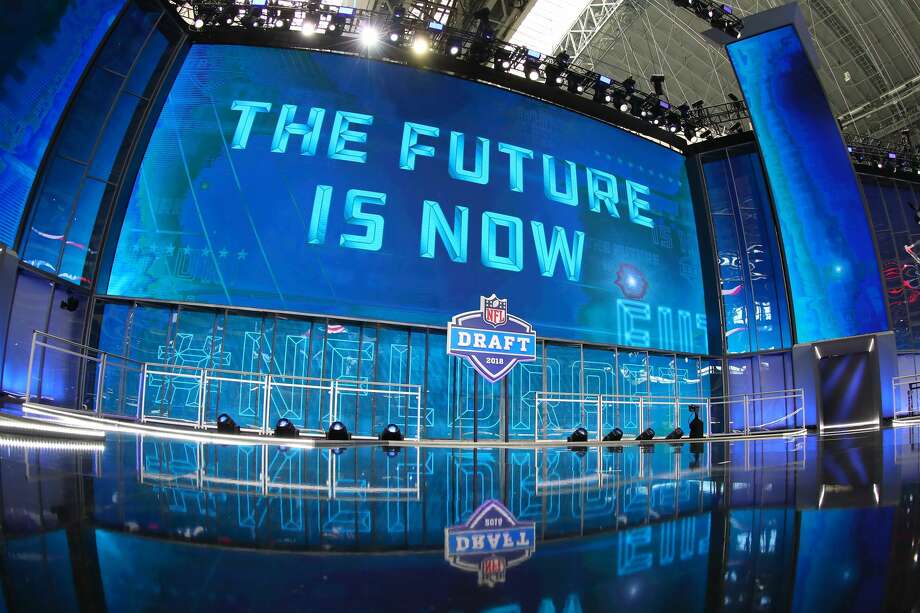 Fresh off of winning their second NFC North Title in the last three years, the Minnesota Vikings headed into the 2018 National Football League Draft looking to add more depth to their team after their biggest move this off-season was signing quarterback Kirk Cousins. None of the Vikings draft picks this year will jump out as far as possessing star appeal, but the likes of cornerback Mike Hughes who was the team’s first-round pick will add more depth to a team that already has Super Bowl aspirations.

Vikings general manager Rick Spielman and head coach Mike Zimmer understand that it is more about their system than it is about the individual which is what has helped them to ascend to being one of the top teams in the NFC.

There’s a new era of football for the Detroit Lions as Matt Patricia was hired to be the team’s new head coach this past January. Patricia knows that he has a perennial Pro Bowl quarterback to lead this team in Matthew Stafford, but as one man cannot do it all by himself, it’s all about the Lions putting a quality team around their signal caller.

Know matter how skilled that a quarterback is, he needs a solid offensive line in front of him. And the Lions addressed this in the first round of the National Football League Draft when they selected former Arkansas Razorbacks center Frank Ragnow. Ragnow was the best center available coming into the draft, and he has the potential to be an anchor on this line in the same sense that Dominic Raiola was for many years.

The Lions continued the theme of improving the team around Stafford in the second round when they selected former Auburn Tigers running back Kerryon Johnson. A run on the ball carriers began late in the first round which forced the Lions to move up in order to draft Johnson as they traded with the New England Patriots. Johnson averaged 5 yards per carry last year for Auburn, while he also tallied 17 touchdowns on the ground. Johnson is also a dependable receiver coming out of the backfield as his versatility will keep him in the Lions lineup.

Two other players to keep an eye on from Detroit’s draft class will be safety Tracy Walker who was taken in the third round and defensive end Da’Shawn Hand who was selected in the fourth.

Patricia was groomed through the Patriots system and as some of the Lions later picks in the draft weren’t eye popping, they’ll be players who’ll fit into the new philosophy in Detroit.

With quarterback Aaron Rodgers sidelined for nine games last season as the result of a fractured collarbone, many of the flaws of the Green Bay Packers were exposed as they suffered their first losing season since 2008. The Packers struggles led to a shakeup in their front office with Brian Gutekunst replacing Ted Thompson as Green Bay’s general manager. And as Gutekunst is immersing himself in job to re-tool the Packers roster, how did things work out for him at the 2018 National Football League Draft?

Last year the Packers were 23rd in the NFL in pass defense and Gutekunst set his sights on fixing the team’s secondary. Green Bay used their first two draft picks on cornerbacks as they selected former Louisville Cardinals cornerback Jaire Alexander in the first round which was followed by them taking former Iowa Hawkeyes cornerback Josh Jackson in the second. The Packers chose Alexander for his coverage skills as he should be a starter from day one with the club. Jackson had the ability to be drafted in the first round, but he slid to the middle portion of the second round. Jackson was a ball hawk (no pun intended) last year at Iowa as his 8 interceptions led to him being named as the Big Ten Conference’s Defensive Player of the Year as well as being an All-American. And the fact that Jackson slid to the second round should signal that he’ll come into camp with added motivation as Green Bay now has two of the best young corners in the league.

The remainder of the draft for the Packers draft saw them focus on adding depth on each side of the football as the team solely focusing on Rodgers bailing them out of every situation could be a thing of the past.

Ryan Pace has three years under his belt as the general manager of the Chicago Bears. And during that time the Bears record is 14-34. This off-season has already seen Pace fire John Fox as the head coach of the Bears as he replaced him with Matt Nagy. If things don’t get turned around soon for the Bears, Pace will need to tighten up his resume. And as patience could be wearing thin for Pace, it was important for him to take care of business this year at the National Football League Draft.

With the eighth overall selection in the draft, the Bears were sitting in the catbird’s seat. The Bears were expected to select a defensive player in the first round and with teams trading up ahead of them in order to get a quarterback, Chicago was able to sit back and properly survey the situation.

When it came time for the Bears to make their selection, I expected them to set their sights on strong safety Derwin James. However the Bears instead opted to select former Georgia Bulldogs middle linebacker Roquan Smith. Smith joins the Bears as a highly decorated player. Smith was the Southeastern Conference’s Defensive Player in 2017 as he led Georgia in tackles with 137, while the Bulldogs were also sixth in the nation in total defense. And it’s also fitting that Smith was drafted by the Bears since the won the Butkus Award last year which recognizes the top linebacker in the nation as the award is named for former Chicago linebacker Dick Butkus.

Smith joins a Bears franchise that has a long lineage when it comes to the middle linebacker position. From names such as Butkus, Mike Singletary, and Brian Urlacher, Smith has lofty expectations to live up to as he tries to become the next great signal caller on defense for the Bears.

Pace spent the rest of the draft improving the Bears roster on both sides of the football with one of his better selections being wide receiver Anthony Miller. In drafting Miller, the Bears found themselves a very dependable wide receiver who will help them immensely on third down. Miller has some of the best hands at his position in this year’s draft class as he can catch BBs in the dark, and the All-American will become a crowd favorite in the Windy City.

This may have been Pace’s best draft class since he joined the Bears and he’ll need them to be effective as he looks to get things turned around in Chicago.