It’s almost that time for the free agency sweepstakes around Major League Baseball. Next month’s Winter Meetings will be telling of how the off-season will go as deals will be made, but he is a look at some free agents and their potential landing spots during the off-season.

In seven years with the Kansas City Royals, first baseman Eric Hosmer always had a nose for making the big play. In 2014, Hosmer came up big for the Royals in helping the franchise reach the postseason for the first time since 1985 as he would provide clutch hits coming down the stretch of the regular season as well as in the playoffs. And after the Royals fell one victory short of winning the World Series in 2014, Hosmer would emerge as a leader in 2015 to help Kansas City win it all. In 2011, Hosmer finished third in the American League’s Rookie of the Year Award voting as he batted .293 with 19 home runs and 78 runs batted in. Hosmer is coming off of his best season at the plate as he hit .318 with 25 homers and 94 runs batted in. But Hosmer’s biggest contributions come courtesy of his solid glove at first base.

Hosmer is a four-time American League Gold Glove Award winner who acts as a vacuum at first base due to his ability to suck everything up. Hosmer just turned 28-years of age last month, and as he is in the prime of his Major League Baseball career, his glove, along with his leadership will be hot commodities on the free agent market over the winter. After starting pitcher Jake Arrieta spent the first six years of his Major League Baseball career as an afterthought, he made a name for himself in 2015. Arrieta enjoyed a breakout campaign by going 22-6 with a 1.77 earned run average to help the Cubs reach the National League Championship Series, and in the process he would take home the NL Cy Young Award. Arrieta would follow this up by going 18-8 with a 3.10 earned run average in 2016 to help the Cubs win the World Series.

But Arrieta would not be as effective this past season as he was 14-10 with an earned run average of 3.53. Arrieta has only thrown at least 200 innings in a season once as his durability comes into question. However with a thin market for starting pitchers over the winter, Arrieta should be able to cash in.

In 2012, starting pitcher Yu Darvish bursted onto the Major League Baseball scene with a ton of hype. Darvish came to MLB as a prized free agent from Japan, and he would get his opportunity in the United States with the Texas Rangers who won a bidding war for his services. Darvish’s finest season with the Rangers came in 2013 when he went 13-9 with an earned run average of 2.83, while he struck out 277 batters. Darvish would finish second in the American League Cy Young Award balloting as the Rangers fell one victory short of qualifying for the playoffs.

Since then Darvish has been hampered by injuries which included him being forced to miss the entire 2015 Major League Baseball season after undergoing Tommy John surgery. Darvish is an up and down pitcher, and he missed the opportunity to really solidify his chances of really striking it big in free agency.

In two starts in the Fall Classic, Darvish would post an earned run average of 21.60 as he only managed to last 3.1 innings which included him not being able to get through 2 innings in Game 7.

Darvish is 31-years of age, and although that he has injury issues on his resume as well as a bad performance in the World Series, the lack of quality starting pitchers heading free agency will help his chance to earn a contract this winter.

After being an afterthought with the Houston Astros for three years, outfielder J.D. Martinez came into his own with the Detroit Tigers in 2014. That season Martinez would bat .315 to go along with 23 home runs and 76 runs batted in to help the Tigers win the American League Central. For Martinez’s career with the Tigers, he would hit .300 with 99 homers and 285 runs batted in.

The Tigers finished this past season tied with the San Francisco Giants for the worst record in Major League Baseball which resulted in them having a fire sale. In July, Martinez was traded to the Arizona Diamondbacks and he would become vital to their push to the postseason. 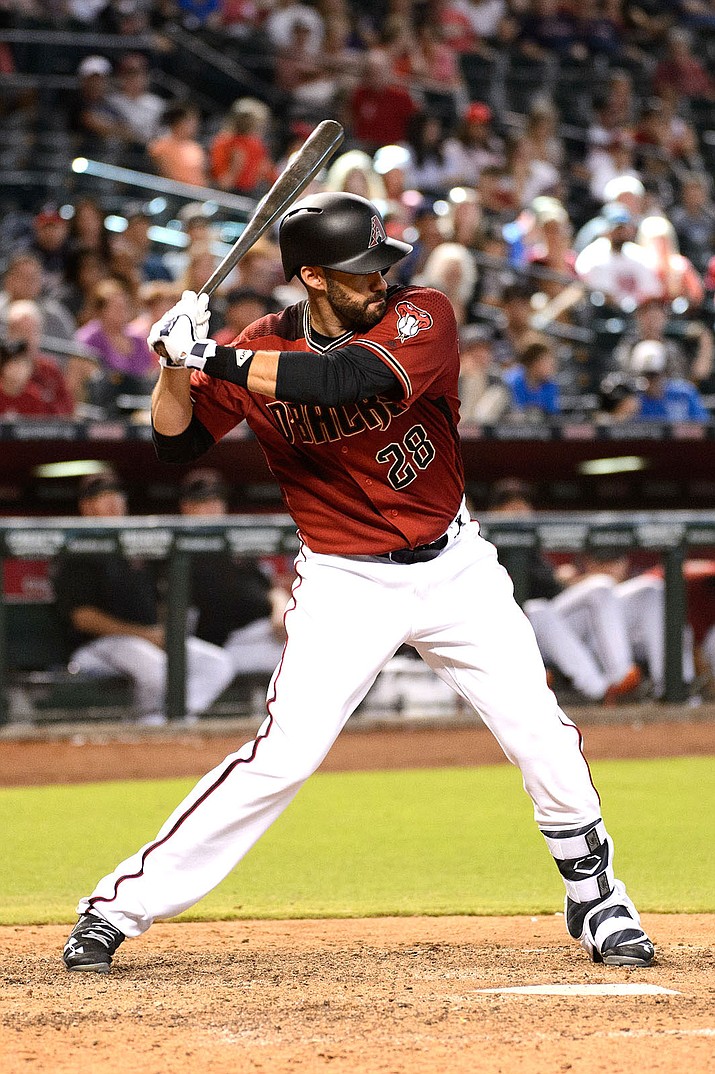 In 62 games with the Diamondbacks, Martinez would bat .302 with 29 homers and 65 runs batted in to help Arizona reach the playoffs for the first time since 2011.

For the season Martinez would bat .303 with 45 home runs and 104 runs batted in as he only played in 119 games. Martinez is 30-years of age, and he picked the perfect time to get hot at the plate. However with many teams around Major League Baseball shying away from overpaying sluggers in free agency, Martinez might have a hard time finding a new team to play for in 2018.

After outfielder Jay Bruce spent nearly nine years of his Major League Baseball career with the Cincinnati Reds, he has bounced around over the last two seasons. With the Reds in the middle of a rebuild, they traded Bruce to the New York Mets in 2016. At first Bruce was ice cold at the plate as he found himself “pressing”. However Bruce would get on track coming down the stretch as he helped the Mets secure the top wild card spot in the National League.

Bruce started this past season with the Mets as in 103 games with the club, Bruce batted .256 with 29 homers and 75 runs batted in. However the injury bug would get the Mets this past season, and once they fell out of contention, Bruce and his expiring contract became expendable. The Mets would trade Bruce to the Cleveland Indians and in 48 games with the club, he would hit 7 homers, while driving in 26 runs to help Cleveland win the American League Central for a second consecutive year. 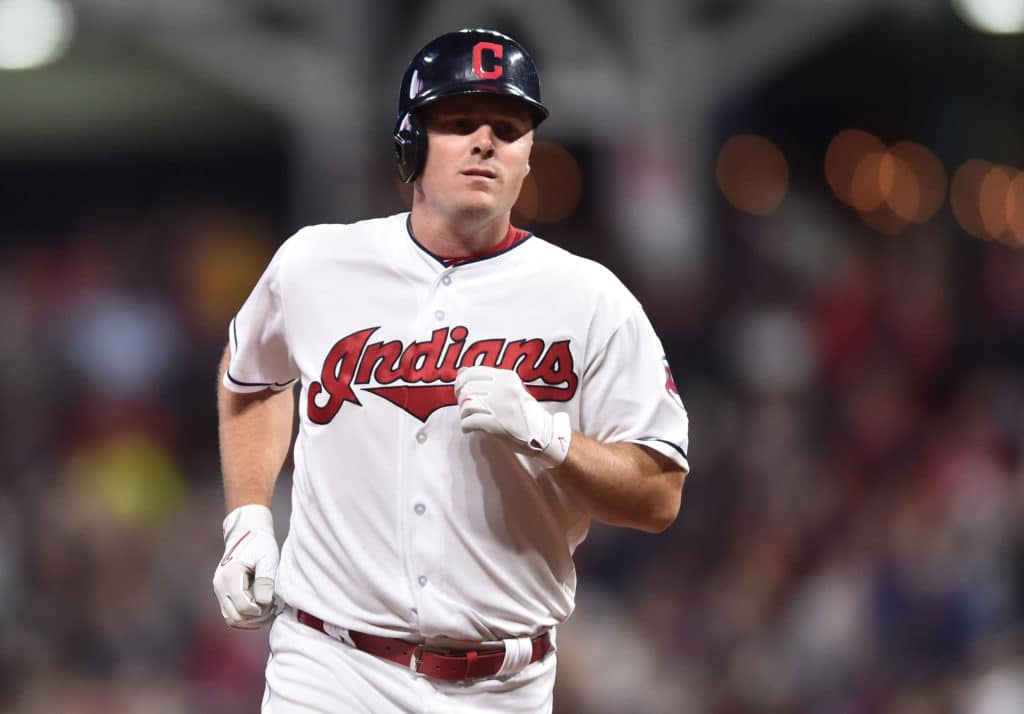 Bruce will be 31-years of age when the 2018 Major League Baseball season rolls around, and he falls into the category of a player that can used in multiple roles. Bruce is primarily a right fielder, but he can play first base, as well as being a designated hitter for an American League club which will make the pursuit of him during the winter rather interesting.

After Wade Davis spent the first five years of his Major League Baseball career as an up and down starting pitcher, he found his true calling in 2014 as a relief pitcher. Late in the 2015 MLB season, Davis became the full-time closer for the Kansas City Royals after an injury sidelined relief pitcher Greg Holland. Davis would save 17 games for the Royals and he came up big during the postseason as Kansas City was able to win their first World Series Title since 1985. Davis would save 27 more games for the Royals in 2016 before he was traded to the Chicago Cubs prior to the start the 2017 MLB season. With the Cubs, Davis was able to save 32 games as he helped them win the National League Central.

Now Davis will hit free agency at the age of 32, while he is one of the premier closers in the game. Davis won’t get a long-term deal, but you can bank on him getting a contract within the three-to-four year window. And with the importance of a needing strong bullpen being more prevalent than ever, Davis should get paid handsomely this off-season.

This list is littered with players who helped the Kansas City Royals win the World Series Championship in 2015, while also suiting up for the club this past season. And you can add another player to that list in third baseman Mike Moustakas. Moustakas was the second overall pick of the 2007 Major League Baseball Draft by the Royals and he has been with the big club regularly since 2011. Moustakas struggled to begin the 2014 season which resulted in him being demoted to Triple-A, but upon returning to the Royals, he was a different player.

Moustakas batted .284 with 22 homers and 84 runs batted in during the 2015 Major League Baseball season to help the Royals win the World Series. And after an injury plagued 2016 season, Moustakas came back very strong in 2017 to have the best year of his career. Moustaskas batted .272 to go along with 38 home runs and 85 runs batted in while also earning his second All-Star Game appearance.

Moustakas 29-years of age, and although he is not a player that can carry a team, he is someone who’ll fit nicely into the middle of the lineup for a contender, while also giving them leadership as well as championship experience.

Throughout the nine-year Major League Baseball career of second baseman Neil Walker, he has been “Steady Eddie”. Walker has a career batting average of .272 to go along with averaging 20 homers and 80 runs batted in per season. And aside from being a solid hitter, Walker backs this up with a good glove in the field.

The last two years have been injury filled for Walker as he has combined to miss 98 games. And even though that Walker is 32-years of age, the fact that he can contribute to a team at the plate as well as in the field will lead to him finding a new franchise to play for this winter.

There are not that many quality utility players around Major League Baseball which means that when a solid one comes down the pike, he will be in demand. Infielder Eduardo Nunez has been in MLB since 2010 and he has bounced around as he has suited up for three different teams. But with Nunez’s ability to play shortstop, second base, and third base, teams will love to have his services and versatility.

Lorenzo Cain is another one of those players that was a key contributor to the success of the Kansas City Royals, but now it is time for him to hit free agency. In eight Major League Baseball seasons, Cain is a lifetime hitter who can provide a contender with leadership in the clubhouse as well as a solid glove in the outfield who can play multiple positions.