Starting Over In Motown

Previous Next
Starting Over In Motown 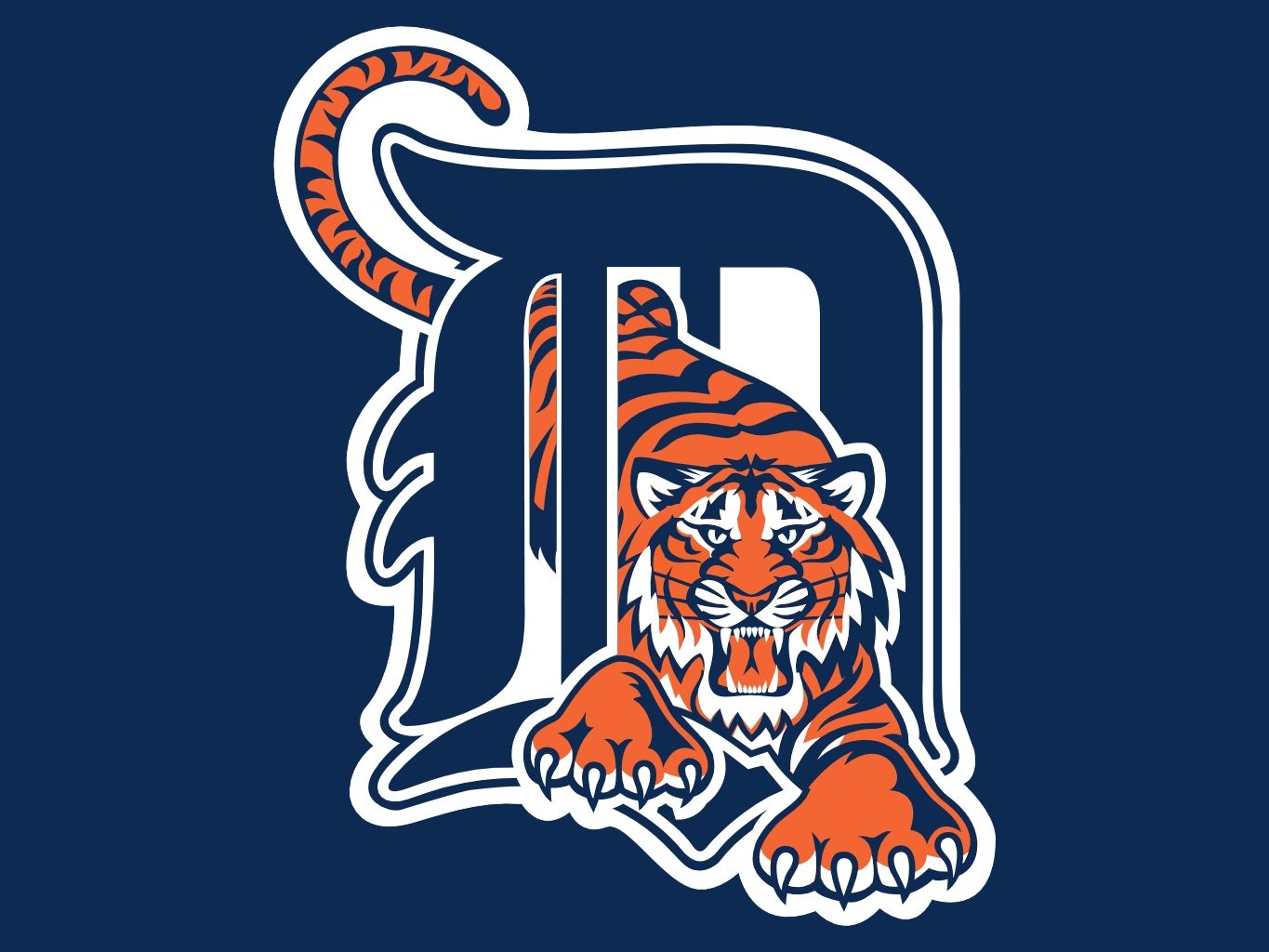 From 2006-2014, the Detroit Tigers made five trips to the postseason which included collecting a pair of American League Pennants. But since then things have come apart for the Tigers with the bottom officially falling out this year. The Tigers limped to the finish line with a record of 64-98 for their worst season since 2003 when they went 43-119. Age and injuries finally caught up to the Tigers which led to general manager Al Avila having a good old-fashioned fire sale which included him trading outfielder J.D. Martinez to the Arizona Diamondbacks, longtime starting pitcher Justin Verlander to the Houston Astros, and outfielder Justin Upton to the Detroit Tigers as these moves symbolized what we should have seen coming for a long time.

The demise of the Tigers began in 2014 when they were swept in the American League Divisional Series by the Baltimore Orioles. Detroit lost the series in spite of the fact that they had three former American League Cy Young Award winners in starting pitchers Max Scherzer, David Price, and Verlander on the mound for them.

Scherzer would then become a free agent and he joined the Washington Nationals on a seven-year $210 million contract which left a huge void in the Tigers rotation. Without Scherzer, the Tigers struggled in 2015 which prompted former general manager Dave Dombrowski to trade Price as well as outfielder Yoenis Cespedes prior to Major League Baseball’s trade deadline. However the moves would lead to Dombrowski being released by the Tigers and replaced by Avila.

2016 would see things go better for Detroit as they went 86-75, but finished 2.5 games behind the Orioles for the final wild card spot in the American League. 2017 got off on the wrong foot for the Tigers as longtime team owner Mike Ilitch passed away at the age of 87. And with Ilitch no longer running the show for his beloved Tigers, the wheels officially fell off.

So after the Tigers finished tied with the San Francisco Giants for the worst record in Major League Baseball, they have now earned the first overall pick in next June’s MLB Draft. In trading some key veterans the Tigers have already shown that they need to get younger, but how far will Avila go with this philosophy over the winter?

Detroit already has $102 million committed to player salaries for 2018 with a large chunk of that attached to a pair of immovable contracts. For the last decade first baseman Miguel Cabrera has been integral to the success of the Tigers. Cabrera is a two-time American League MVP, while also winning the Triple Crown in 2012. Only Al Kaline and Norm Cash have hit more homers than Cabrera in a Tigers uniform as he has gone yard 324 times; however his best days now appear to be in the rear-view mirror. 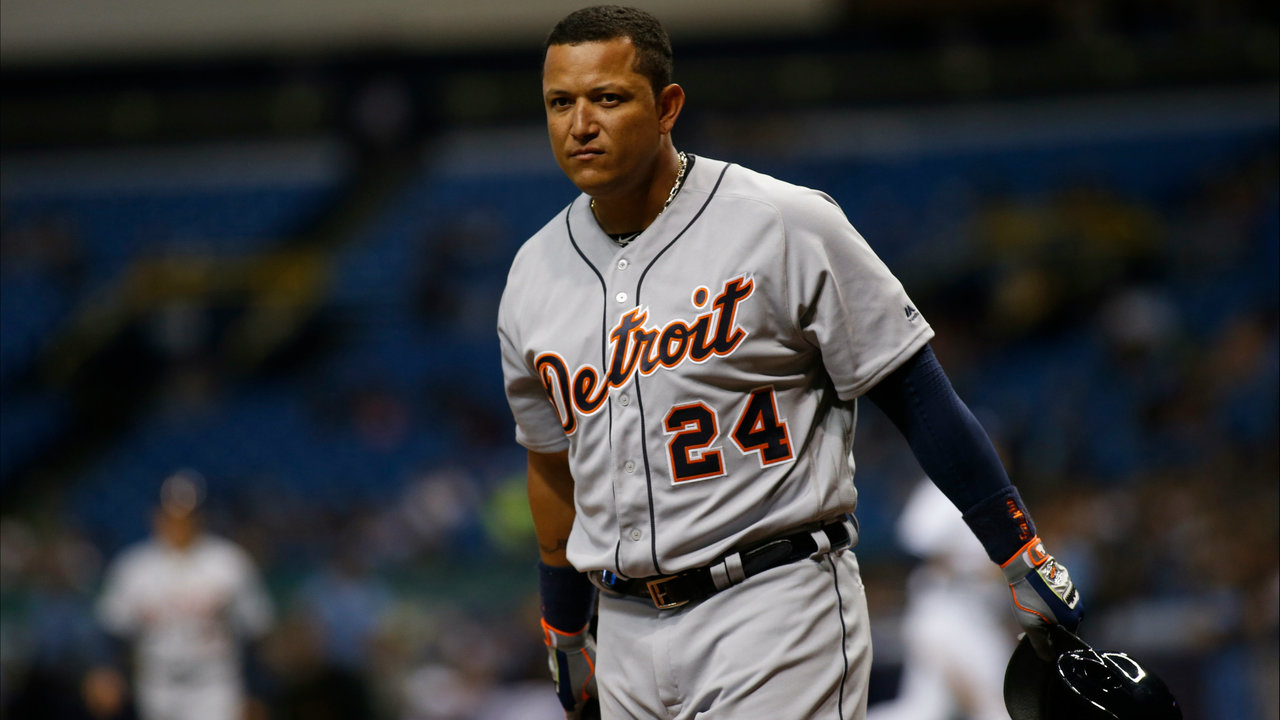 At the age of 34, injuries are beginning to take their toll on Cabrera. During the past season it was revealed that Cabrera is dealing with two herniated disks in his back which explains as to why he just had the worst season of his Major League Baseball career. Cabrera is a lifetime .317 hitter, but he only batted .249 this season with 16 homers and 60 runs batted in. In 2014, the Tigers gave Cabrera an eight-year extension for $248 million. This contract runs through 2023 with Cabrera set to earn $30 million in 2018. And if Cabrera’s production is going to continue to decline, his contract is going to hamper the Tigers going forward.

Heading into the 2016 Major League Baseball season, the Tigers were desperate for starting pitching which led them to signing starting pitcher Jordan Zimmerman to a five-year deal for $110 million. Zimmerman’s time in Detroit has been less than spectacular as in 47 starts with the Tigers, he has posted a record of 17-20 with an earned run average of 5.60. Zimmerman is 31-years of age, and as he is set to earn $24 million next season, the Tigers are stuck with his contract like bad credit.

In the case of second baseman Ian Kinsler and designated hitter Victor Martinez, they each have one year left on their respective deals which could make each of them tantalizing if Avila were to make them available to a contender at Major League Baseball’s Winter Meetings which will be held in December in Orlando. Trading Kinsler and Martinez would potentially take $19 million off of the books for the Tigers. However it is easier said than done being that Kinsler is coming off of his worst season at the plate as he only managed to hit .236, while Martinez will turn 39-years of age in December, and he is also playing on two bad knees.

The Tigers also need to find a new manager as after four years the organization has decided to move on from Brad Ausmus. So far the Tigers are expected to interview a pair of veteran Major League Baseball managers in Ron Gardenhire and Fredi Gonzalez, but with the playoffs in full swing, nothing appears to be imminent in regards to Detroit finding their next skipper.

With the trade of Verlander as well the as elbow surgery for starting pitcher Michael Fulmer which will keep him out of action for 3-4 months, the Tigers pitching staff might have a different look to it in 2018. Detroit’s team earned run average of 4.24 was 11th in the American League this season which could be a signal as to what they’ll look for in next year’s draft. But the way that things are looking, it doesn’t appear that getting the Tigers rotation on track will be a quick fix which can be said about other aspects of their team as well.

The Tigers have enjoyed a solid run that the history books won’t properly recognize being that they never won a World Series Title over the stretch. Verlander and Cabrera will be locks to get into the Baseball Hall of Fame, while they also helped to spark some life into what was a dormant baseball fan base in Motown. But now it is time to see how creative that the Tigers front office will get in regards to once again making Detroit a contender after the bottom fell out for them this year.