Previous Next
Don’t Cry For LeBron

Little did the NBA know that when small forward LeBron James came onto the scene in 2003 that he would become one of the most polarizing figures that the league has ever seen. James was the first overall pick of the 2003 NBA Draft by the Cleveland Cavaliers and he was seen as being a savior for a struggling franchise. Before James played one minute in the NBA, he was already a household name due to his exploits in high school. And as James came to the NBA straight out of high school, it didn’t take him that long to show that he belonged in the professional ranks.

As a rookie, James averaged 20.9 points and he was named as the NBA’s Rookie of the Year. By the 2005-2006 NBA season, James averaged 31.4 points per game and he helped the Cavaliers win 50 games for the first time since 1993. And by 2007, James did the unthinkable which was to get Cleveland to the NBA Finals.

In seven years with Cavaliers, James had put the City of Cleveland back onto the sports map while becoming one of the top players in the NBA. But as good as James was, he could not help the Cavaliers win an NBA Championship, and when he had the ability to opt out of his contract with the Cavs in 2010, he would leave to join the Miami Heat.

With the Heat, James would win a pair of NBA Championships, while Miami made the NBA Finals in each of his four years there. However once the Heat lost the NBA Finals to the San Antonio Spurs in 2014, James would again opt out of his contract to become a free agent; this time to return to the Cavaliers.

And just like it was when James was drafted by the Cavaliers in 2003, he once again gave the franchise credibility. In James’ first three years during his second stint in Cleveland, the Cavaliers have made the NBA Finals in each season with him leading the franchise to its first NBA Title in 2016. However the well is beginning to run dry for James in Cleveland.

This past season saw James publicly express that he wanted the Cavaliers to re-sign general manager David Griffin. Griffin had orchestrated several key trades that helped the Cavs win an NBA Title, and more importantly he was a person that James liked for his ability to get the players to Cleveland that he (James) wanted there. But when Griffin’s contract expired at the conclusion of the past NBA season, Cavs owner Dan Gilbert chose not to retain him after he was seeking more money. And when Griffin was shown the door, it did not sit well with James. After losing to the Golden State in the NBA Finals, the Cavs have been dormant in regards to attempting to improve their roster. Trades to acquire the likes of small forward Paul George from the Indiana Pacers and swingman Jimmy Butler from the Chicago Bulls fell through once Griffin was let go as the Cavaliers were operating without a general manager, while other contenders like the Warriors and Boston Celtics were getting better. 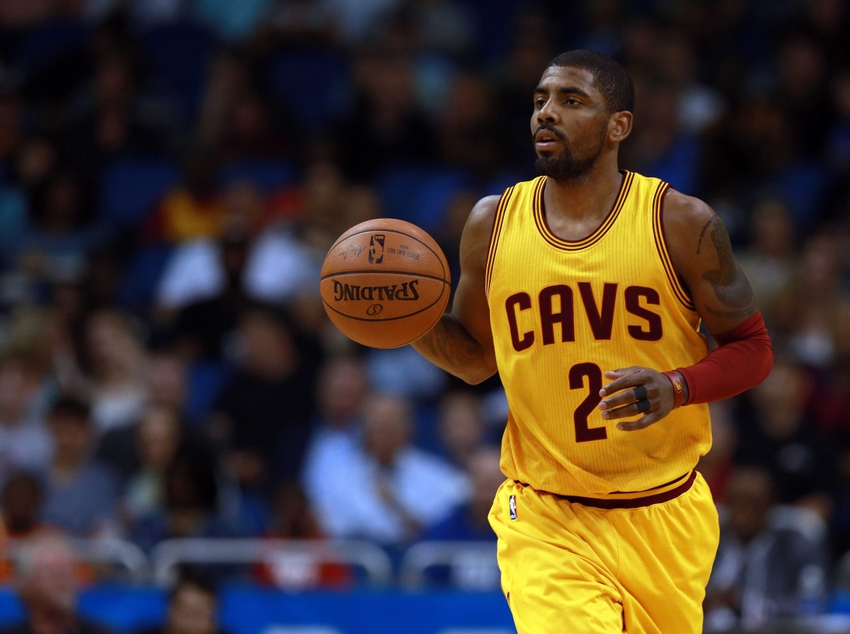 Last week a bombshell was dropped when point guard Kyrie Irving let it be known that he wants the Cavaliers to trade him. Irving has spent all six years of his NBA career with the Cavaliers. Like James, Irving was the first overall pick of the NBA Draft in the year in which he was selected, but unlike James he was unable to elevate the Cavs in the fashion that James has. In three years without James, Irving was never able to help the Cavaliers to the playoffs, however he became a household once he played alongside James. But as vital as Irving has been in the last three years for the Cavaliers, he no longer wants to be in the shadow of James.

When the Cavs made Irving the first overall pick in 2010, he was expected to be first piece to turning things around. And when Irving signed a contract extension with the Cavaliers in 2014, he was sold on being the franchise player. But days after Irving re-signed, James decided to rejoin the Cavs which meant that Irving would be taking a backseat to him. As good as James is, other star players typically have to alter their game in order to accommodate him. Irving has somewhat done that, but he’s tired of it. With the growing frustration of James towards the Cavaliers front office, all signs point to him leaving Cleveland once again next summer when he can opt out to become a free agent. However Irving is attempting to beat James at his own game and jump ship while it is still afloat which would put a damper on the Cavaliers making it four consecutive trips to the NBA Finals. However no one should shed a tear for Akron’s favorite son in James.

When James left Cleveland in 2010, he took a ton of criticism, but he also was praised by some people. The City of Cleveland has never been an attractive landing spot for NBA free agents and as much as James tried to get the top players to team up with him there, he simply could not make it happen. That would change once James joined the Heat as Miami is full of nightlife and partying which is something that most NBA free agents look at. James was also lured to Miami being that he would team up with shooting guard Dwyane Wade and power forward Chris Bosh. Heat team president Pat Riley also has a championship pedigree as he had already won a combined five NBA Championships as a head coach with the Los Angeles Lakers and Heat.

Riley built a championship team around James which led to a pair of NBA Championships. But Riley who has an old school approach to things and he would not let James get his way in regards to preferential treatment. James was also frustrated by taking less money and not always seeing Riley get the players that he wanted to Miami. And this led James to returning to Cleveland in 2014.

However James was more than happy to return to the Cavaliers in spite of the fact that Gilbert wrote a very disparaging letter about him that stayed on the team’s website for four years. And it only came down once James decided to return to Cleveland. It was a strategic move by James to return to Cleveland since they had received the first overall pick in the NBA Draft three times during his four-year stretch in Miami. But if that wasn’t the case, James would have never returned to Cleveland as all of his talk about wanting to come home and win one for Ohio would not have ever come to fruition.

When James doesn’t get his way, he takes it upon himself and exit stage right in order to chase down another championship opportunity. However James must realize that team owners in the NBA are billionaires and they made their fortunes by not backing down to people no matter what star appeal that they possess.

So now the countdown for another sideshow with James has begun as teams around the NBA have already begun the process of piecing their rosters together in order to lure him on board. James will be 33-years of age by the time that he becomes a free agent and he will have plenty of mileage on his legs, but teams will still be willing to break the bank in order to chase the championship dream.

James has changed the game as the NBA has never seen a player of his caliber that chases rings only to have egg on face at each stop along his journey. James knew what Gilbert was about and he still decided to rub elbows with him once more. And now James will be stuck in Cleveland for another year while his sidekick in Irving more than likely won’t be there.

You win some and you lose some, and in the case of James his attempts to cherry pick his team in Cleveland may have officially come to an end.