Previous Next
Returning To Prominence

For more than 100 years the Big Ten Conference has been at the forefront of college athletics. The Big Ten is home to some of the largest venues for college football in the nation, along with some of the games most storied programs such the Michigan Wolverines, Ohio State Buckeyes, and Penn State Nittany Lions. And with prominent programs such as these leading the way, the Big Ten has found itself in the spotlight over the years which has seen their top-tier football programs consistently on national television, while the conference champion typically gets an invite to play in the Rose Bowl on New Year’s Day which is one of the most storied games in college football. Over a nine-year span from 1994-2002, the Big Ten produced three undefeated teams as Penn State did it in 1994, Michigan in 1997, and Ohio State in 2002. Michigan and Ohio State would each claim at least a share of the national title in their respective undefeated seasons while Penn State had to take a back seat to the Nebraska Cornhuskers. But after 2002, the Big Ten began to take a backseat to the Southeastern Conference on the college football scene.

Since 2003, the Southeastern Conference has at least claimed a share of 11 national championships, and in the process they became the gold standard in college football. For more than 20 years, the SEC has had a contract with CBS to televise their game of the week which is a slot that is generally reserved for the conferences best matchup of the week at 3:30. This allowed the SEC to compete with the Big Ten on a national scene as for years the Big Ten dominated this time slot on ABC with one of their top contests that typically featured Michigan or Ohio State. But what has also hurt the Big Ten is that programs such as Michigan and Penn State faded from the national scene for several years, while they also struggled in big bowl games against the Power Conferences.

Under former head football coach Jim Tressell, Ohio State lost consecutive BCS Championship Games to the Florida Gators and LSU Tigers of the Southeastern Conference by a combined score of 79-38. And since 2001, the Big Ten is 2-11 in the Rose Bowl which is a stark contrast from 1988-2000 when they won the “granddaddy of them all” seven times. But aside from losing the Rose Bowl, the Big Ten was looked at as being slow in comparison to the SEC and Pac-12 Conferences. And as the Big Ten has a proud football tradition, they weren’t going to take this notion lying down. Things began to shift for the Big Ten in 2011 with conference expansion. The Big Ten was able to reach out the Nebraska and lure them away from the Big 12 Conference. Nebraska possesses a long and storied football history that has seen them win 46 conference titles and 5 national titles. Nebraska’s arrival to the Big Ten allowed the conference to have a conference title game as they know had 13 schools which would help them to have more equal footing with the Southeastern, Atlantic Coast, and Pac-12 Conference who all had conference titles games. Since then the Big Ten has also added the Maryland Terrapins and Rutgers Scarlet Knights as they were able to procure media markets in New York and Washington D.C. But that wasn’t enough for the Big Ten as they began to set their sites on more marquee coaches. 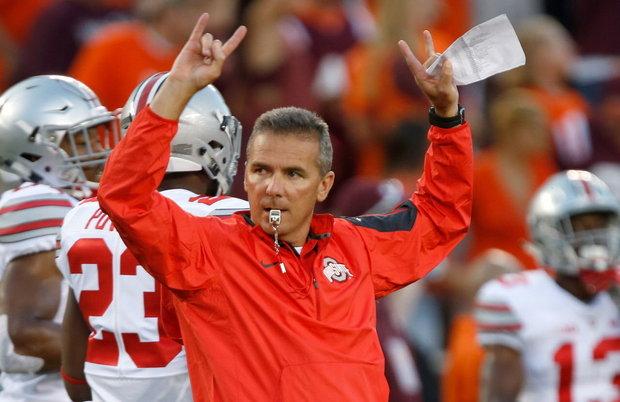 In 2012, Ohio State named Urban Meyer as their new head football coach. From 2005-2010, Meyer went 65-15 at Florida which saw him win a pair of national championships. Meyer’s winning pedigree traveled with him to Columbus as in his first year there the Buckeyes went 12-0, but they were ineligible to play in a bowl game. And when the College Football Playoff rolled around in 2014, the Buckeyes found themselves in the inaugural field of four as they would go on to claim the national championship which saw them defeat the Alabama Crimson Tide of the Southeastern Conference, and the Oregon Ducks of the Pac-12.

But the Big Ten Conference really got propped up in 2015 when Jim Harbaugh became the head football coach at Michigan. Prior to coming to Michigan, Harbaugh played their as a quarterback from 1983-1986 before he embarked on a 15-year playing career in the National Football League. As a head coach Harbaugh made a name for himself when he turned around the fortunes of the Stanford Cardinal which included leading the an Orange Bowl victory at the end of the 2010 college football season. Harbaugh would then go on to become the head coach of the San Francisco 49ers where in four years there, he compiled a record of 44-19-1 which was highlighted by winning the NFC Championship in 2012. And when Harbaugh and 49ers general manager Trent Baalke had a falling out in 2014, Michigan would welcome him in open arms.

In one year Harbaugh took a Michigan team that was 5-7 in 2014 to a record of 10-3. Now Michigan is back to being the national power that we’re accustomed to seeing as they began this college football season ranked seventh in the Associated Press Poll, and they are currently ranked third in the first College Football Playoff Poll.

Penn State is in their third year under head football coach James Franklin who took over a program that was on life support after the Jerry Sandusky scandal rocked the college football world as the NCAA sanctioned them. But after a pair of 7-6 seasons, Franklin has led the Nittany Lions to a 6-2 start here in 2016 which includes an upset win over Ohio State. Penn State appears to be turning the corner and they could be in line for their first 10-win campaign since 2009.

Overall the Big Ten has five schools ranked in the top 12 of the College Football Playoff Poll which is a spot that has been dominated by the Southeastern Conference, but not any more. The race is on between Ohio State, Penn State, and Michigan to win the Big Ten East, and there’s a strong possibility that one of these schools along with Nebraska could be Rose Bowl bound, while at least one of them is expected to qualify for the College Football Playoff.

I know that the Michigan State Spartans took it on the chin last December in the Cotton Bowl as they lost to Alabama 38-0 which was a national semifinal, but overall this is a conference that is in a much better place since conference commissioner Jim Delany expanded, while also getting a new television deal with ESPN, along with developing the Big Ten Network. And as Michigan, Penn State, Ohio State, Nebraska, and the Wisconsin Badgers are all getting back on the national scene, the Big Ten will be able to hold their own with any of the other power conferences which means that they’ll always have a spot in the College Football Playoff.