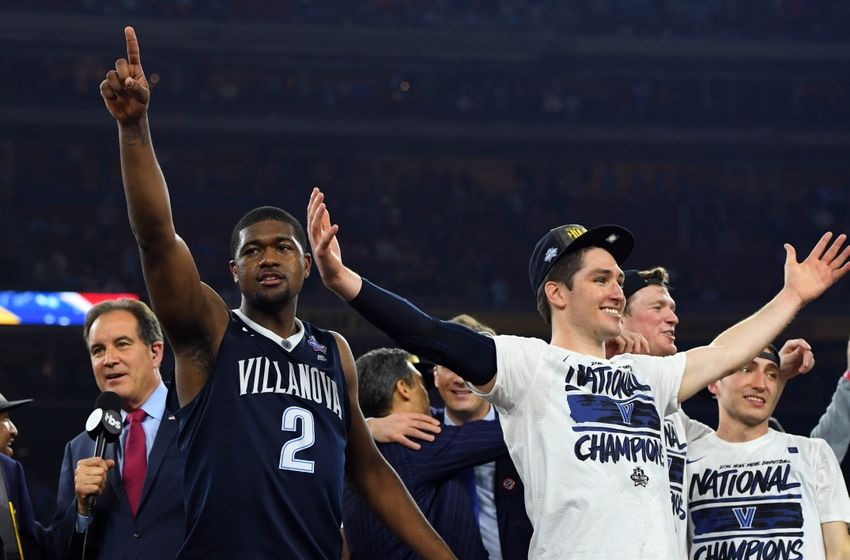 It’s time for the Villanova Wildcats to party like it is 1985 and it is well deserved. This past Monday night, the Wildcats upset the North Carolina Tar Heels to win their first national championship in men’s basketball since they pulled of an upset of the Georgetown Hoyas 31 years ago. In the mode of the City of Philadelphia, Villanova embraced the role of the underdog throughout the NCAA Tournament, and when it was over, they were cutting down the nets at NRG Stadium in Houston, Texas.

When the game-winning shot from Villanova junior forward Kris Jenkins went through the net, it not only gave the Wildcats a title, but it also gave validation to the Big East Conference which was left for dead a few years ago through conference re-alignment that revolved around football, and a city in Philadelphia that has been taking it on the chin recently in sports. 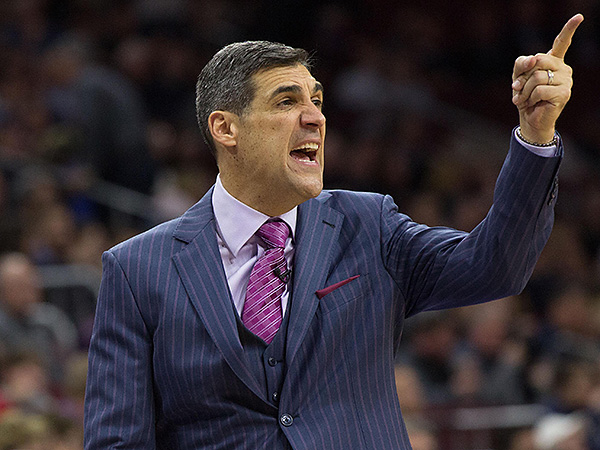 But Wright would finally get his opportunity to become the man in charge of his own program when he became the head basketball coach of the Hofstra Pride in 1994. In eight years at Hofstra, Wright would compile a record of 122-85 which included leading the school to the NCAA Tournament in 2000 and 2001.

Wright had shown that he could lead a basketball program to success which led to him getting the call from Villanova in 2001 to bring their program back to the top of the Big East Conference.

When Wright came to Villanova, the Big East Conference was in a stretch that was dominated by the Connecticut Huskies who had won the conference tournament three times since 1996 along with winning the national title in 1999. And whereas that Villanova was a respectable team, they were not a team that was looked at as a title contender within the conference.

The Wildcats would lose to the eventual national champion in the Florida Gators in the regional final in 2006, but Wright had shown that he had a team that could hang with the nation’s top teams while he also showed that he could recruit as three players from that team in Foye, Lowry, and forward Dante Cunningham all made and are still in the NBA.

During that time the Big East would be the most competitive basketball conference in the nation as each night was a gauntlet in the 16-team league. In 2009, the Big East would become the first and only conference to produce three, one-seeds in an NCAA Tournament, while two years later, they became the first and only conference to send 11 teams to the Big Dance. But through it all, Villanova and Wright found themselves right in the middle of it as they never got lost in the wash.

In 2009, the Wildcats found themselves back in a regional final for the second time in four years. But this time they would face a familiar foe in the Pittsburgh Panthers who were a conference rival along with being an in-state rival.

The game took place at the TD Garden in Boston, Massachusetts, but it could have easily taken place at New York City’s Madison Square Garden which had been home to so many memorable conference tournament games between these two schools. And it typical Pitt-Villanova fashion, the game came down to the very end with Wildcats guard Scottie Reynolds hitting a shot in the waning seconds of the game to send Villanova to their first Final Four appearance since 1985. And even though that Villanova lost to eventual national champion Tar Heels in the National Semifinal, Wright showed that he could get his team to the big stage.

Villanova would continue to be a fixture in the NCAA Tournament, but early round exits began to plague the program. From 2010-2014, the Wildcats would make the NCAA Tournament four times, but they were never able to make the Sweet 16 which included them being bumped out three times by a lower seed which began to plague Wright and his program. Wright heard it all from him concentrating too much on guard oriented teams, to simply not having a unit that could get it done in March, but he simply kept trudging along.

When the new Big East Conference made its debut in 2013 with longtime schools such as Connecticut, Pittsburgh, and the Syracuse Orange no longer in the conference, Villanova was looked at as the team that could run the conference. The last three years has seen Villanova do that as they’ve won the Big East Conference Title in the regular season in each year, but 2014 and 2015 would also see the Wildcats get upset in the tournament in the first weekend. 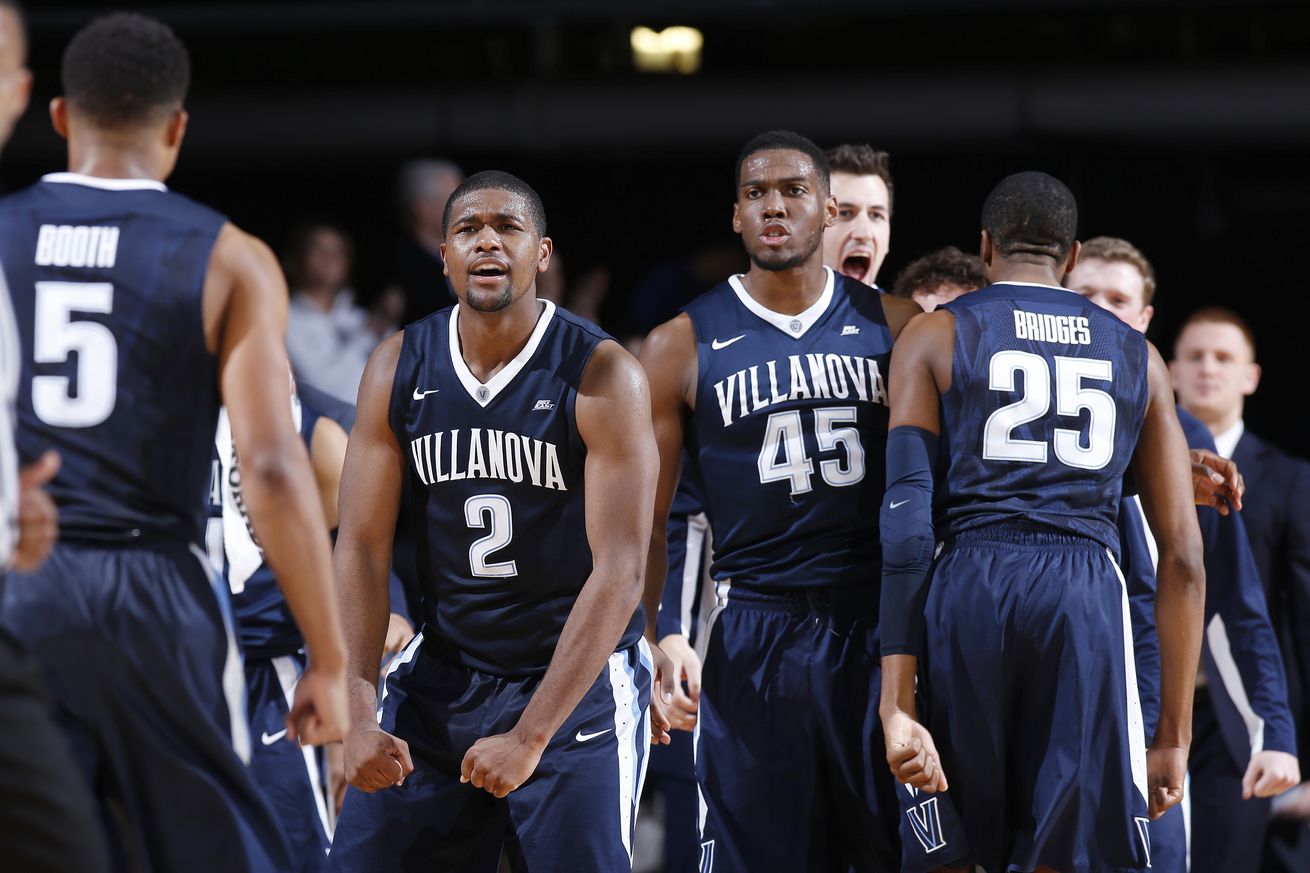 The Wildcats enjoyed a tremendous regular season which saw them become top-ranked team in the Associated Press’ Poll for the first time in school history. Villanova would enter the 2016 NCAA Tournament with a record of 29-5, but after losing the Big East Tournament Final to the Seton Hall Pirates, the Wildcats had to settle for the two-seed in the South Region as opposed to the top-seed in the East Region which would have given them the chance to play near to their campus in Philadelphia.

But ‘Nova still had the opportunity to play at the Barclays Center in Brooklyn, New York for the first two rounds of the tournament which they made most of with convincing victories over the UNC-Asheville Bulldogs and Iowa Hawkeyes respectively. That theme would continue in the regional semifinal against a former Big East Conference foe in the Miami Hurricanes with a 23-point victory that set up a meeting in the South Regional Final against the Kansas Jayhawks.

As mentioned the other day, Kansas is one of the blue bloods of college basketball which included some people picking them to win the national title this year. And whereas in year’s past that would have seen Villanova not be able to rise to the occasion, they dictated the pace against Kansas throughout the contest which saw them pull off the 64-59 upset and earn Wright’s second berth in the Final Four. 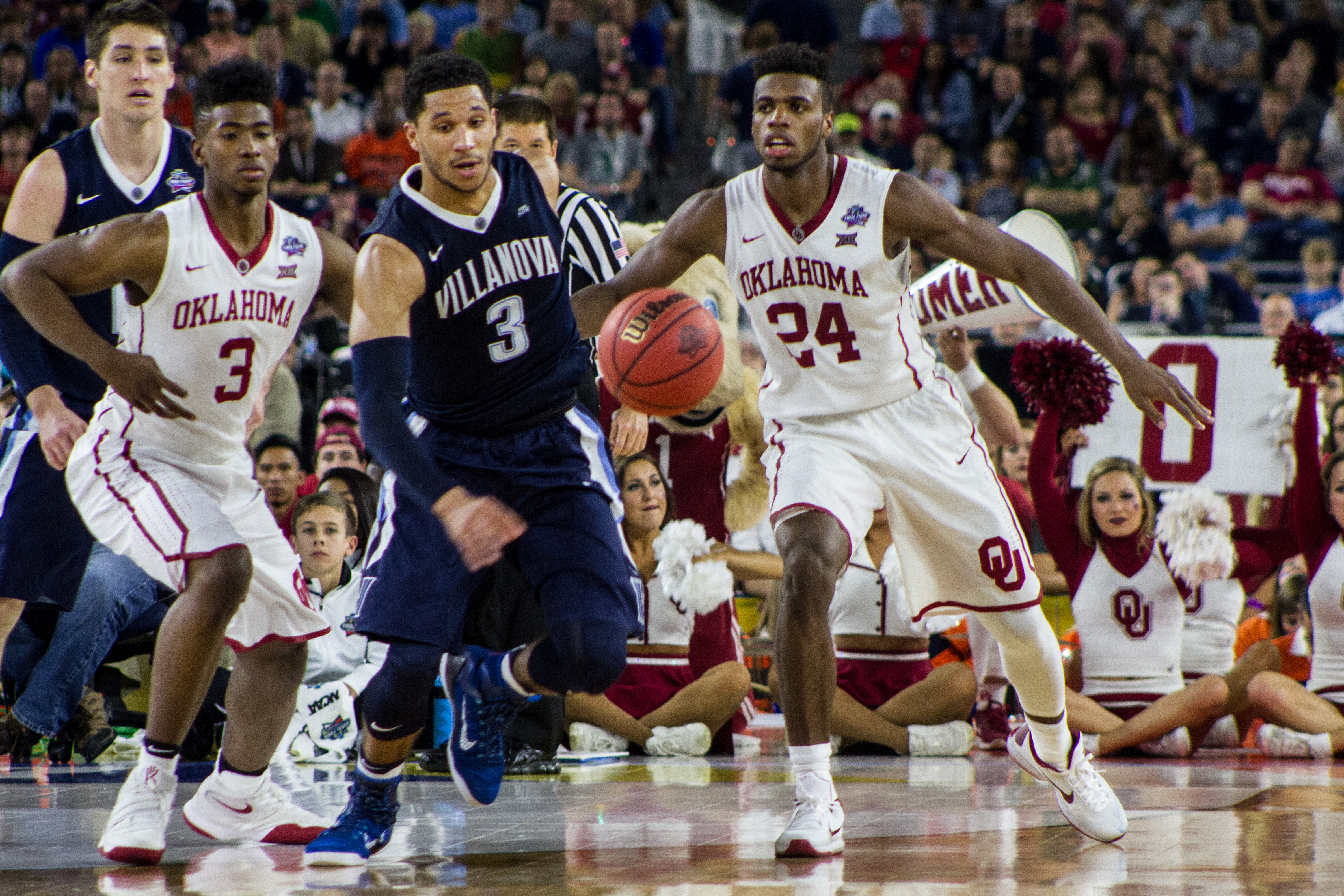 In the National Semifinal, it would be Villanova against the Oklahoma Sooners, but in reality, it was the Wildcats against Oklahoma senior guard Buddy Hield. Hield averaged 25 points per game this year along with being the Naismith Player of the Year. Hield was coming off of a 37-point performance against the Oregon Ducks in the West Regional Final and many people expected Villanova to be another blip on the radar for him.

But from the opening tip, Wright’s defensive strategy was front and center as it was committee of dark blue jerseys around Hield each time that he touched the basketball. Hield was held to 9 points as Oklahoma was steamrolled by ‘Nova 95-51 in what amounted to the largest blowout in Final Four history.

Villanova’s victory would set the stage for a meeting this past Monday night against the North Carolina for the national title. There’s a deep tournament history between the Wildcats and Tar Heels, but it is Carolina that had the 5-1 advantage going into Monday night; however, Villanova’s lone tournament victory over North Carolina came in 1985 en route to winning the national title.

From the opening tip Villanova showed that they weren’t intimidated by a North Carolina team that had a size and depth advantage on them. Throughout most of the first half, the Wildcats had the lead in spite of the fact that Jenkins was in foul trouble. ‘Nova would find themselves trailing 39-34 heading to the locker room at halftime. North Carolina had finished the first half strong and you almost expected one of those vintage Tar Heel runs that would have solidified their sixth national title.

But to start the second half, it was ‘Nova that was dictating the pace with smart basketball that featured the likes of senior guard Ryan Arcidiacono, and senior forward Daniel Ochefu. With about five minutes left in the game, the Wildcats found themselves with a 10-point lead as they could smell a national title.

However Carolina was not going to be a pushover as they clawed back into the game. With under 15 seconds left in the game, the Wildcats found themselves clinging to a 74-71 lead as there were roughly 75,000 people in attendance in Houston that possessed sweaty palms and anxious hearts.

Carolina senior guard Marcus Paige took advantage of Ochefu’s aggressiveness as the big man went for a steal that wasn’t there which gave him just enough space to launch a desperation three-pointer as he avoided the maddening defense of Arcidiacono. The game was now tied at 74, but when Wright called a timeout, he had 4.7 seconds on the clock which was just was the doctor ordered for Villanova.

Wright’s play was set, and North Carolina helped Villanova out by not guarding Jenkins who was making the inbounds pass. Arcidiacono drove the ball up the court with two Tar Heel defenders on him. The senior point guard abruptly found the calm, cool, and collected Jenkins who was trailing the play as he was more than happy to take a shot that would make him a household name forever. Jenkins’ shot was good and Villanova found themselves on top of the college basketball world in the same fashion that they did 31 years ago when they upset Georgetown as they once against pulled an upset.

But Villanova’s title win represented so much as it marked the second time in the last three years that a school from a non-power conference won the national championship. However unlike Connecticut that did it in 2014, Villanova doesn’t have a Division-I football program. The Wildcats did this in the face of a system that isn’t set up to see the little guy consistently succeed, but they did. ‘Nova’s victory gives respect to a Big East Conference that has gotten back to its roots of basketball as all 10 current schools are committed to one another which is the first time in a long time that this is the case for the league.

Villanova’s win also puts Wright in that rare air as his program isn’t known for recruiting the one-and-done players or McDonald’s All-Americans. But with his ability to send players to the NBA, along with a national championship on his resume, Wright should be able to walk into any high school gym in the Northeast Region as get a player that he wants.

Wright will have to replace the contributions of Ochefu and Arcidiacono who were big parts of the Wildcats title run with Arcidiacono being the Most Outstanding Player of the Final Four. With the emergence of junior guard Josh Hart during the NCAA Tournament, there is the possibility that he could leave school early, but if he comes back, Wright would have a strong nuclues with him, Jenkins, and freshman guard Jalen Brunson who is the son of former NBA point guard Rick Brunson. 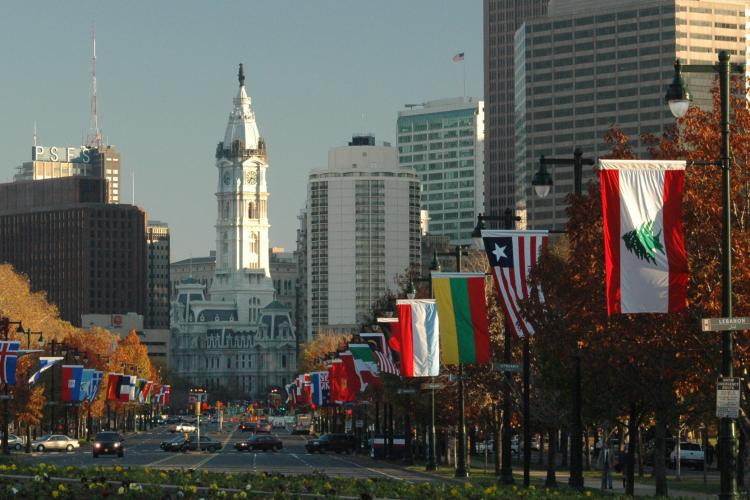 And when Villanova gets their victory parade this Friday in the City of Brotherly Love, they’ll be greeted by a city that appreciates them for their toughness, grit, and flair for the dramatic which is something that Philly is all about. Heroes may walk off into the sunset, but they are not easily forgotten.