Previous Next
Whatever It Takes 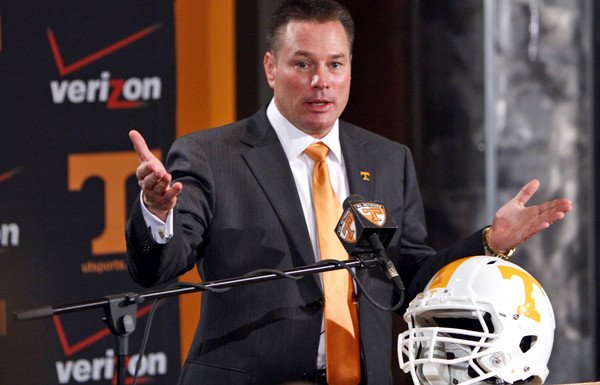 Tennessee Volunteers head football coach Butch Jones and his program are in the midst of facing a pair of opponents that are more fiercer than any foe that they’ll meet in the Southeastern Conference on Saturday afternoons. Those foes are the media and the court of public opinion. Tennessee’s entire athletic program is currently entwined in a federal lawsuit where the school has been accused of violating Title IX which is a law that bans discrimination in education. And it also appears that sexual assault is something that the school could be covering up as well.

In a sworn affidavit, former Tennessee wide receiver Drae Bowles reportedly assisted a woman who claimed that she was sexually assaulted by two Tennessee football players in November 2014. But in the report, Bowles was called ” a traitor to the team” by Jones when he alerted him of the incident. According to the testimony, Jones would later apologize to Bowles, but the ship had already left port as the youngster was ostracized from the team as he was confronted by several of his teammates which resulted in him suffering a bloody lip at the hands of teammate Curt Maggitt. Bowles has since transferred to Tennessee-Chattanooga while the Vols are left to deal with the turmoil that is increasing in Knoxville as the days go by.

This is a Tennessee program that is already dealing with accusations against former Volunteers and current Denver Broncos quarterback Peyton Manning who allegedly sexually assaulted a female athletic trainer at the school during the mid-1990’s as the storm clouds of the NCAA will be forming over the Smokey Mountain Region real soon. If these accusations against Tennessee are indeed true, the sanctions that the school could potentially face from the NCAA would only rival that of what we saw when Penn State was hit with lengthy sanctions in wake of the Jerry Sandusky sexual abuse scandal in 2011. Jones, Tennessee athletic director Dave Hart, and other school administrators would be out of work if these allegations are true as sexual assault is nothing that should be approached with kid gloves.

But this is an issue that is bigger than Tennessee or the NCAA as there has been a culture in place for years where criminal activities on collegiate campuses have been covered up when involving athletic programs; especially those of the football and men’s basketball variety as they are the two money makers for universities. We saw it at Penn State with Sandusky, at Florida State where former quarterback Jameis Winston was accused of raping a female student as the school attempted to cover it up, and at numerous institutions around the United States as some administrators tend to shove this issue aside in the rush to see their football team make a big bowl, or their men’s basketball team reach the NCAA Tournament which means a big payday for the school.

Unlike on Saturday afternoon’s in the fall at Neyland Stadium in Knoxville, there won’t be any winners in this one as Tennessee is already suffering, and if the accusations are true, the victims will have to live with this for the rest of their lives. The eyes of a nation are now focused on Knoxville while other football coaches within the Southeastern Conference are using these issues surrounding the Vols to sway potential prospects from attending school there as no top-tier high-school kid wants to play big-time college football for a program that could be hit with NCAA sanctions which could mean less television exposure and no bowl game. Regardless if these allegations against Tennessee are true or not, the school’s public relations department has to put on the full-court press in order to smooth things out while they are more than likely spending top dollar on quality attorneys. 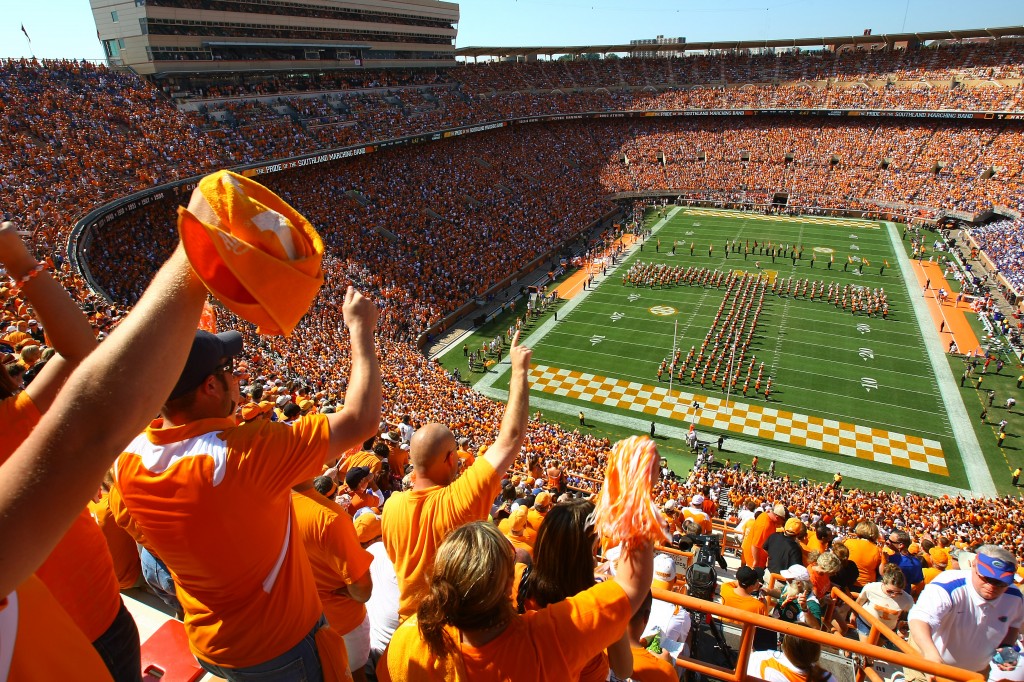 Tennessee has spent the past few years attempting to get back amongst the elite teams in the Southeastern Conference, and they have been getting back to that under Jones. The Vols are coming off of their first 9-win season since 2007 and there is a growing consensus that they could be in the mix to win the SEC in 2016, but at this rate they’ll be lucky to have a football program in 2017 if the allegations that have been levied against them are true which would force the NCAA to drop the hammer on them.