The Giants Are Right on Schedule

Previous Next
The Giants Are Right on Schedule

The luxury tax in Major League Baseball has been implemented to provide what is deemed as a “competitive balance” which has paved the way for more parity. The last team that was able to repeat as World Series Champions were the New York Yankees in 2000. But even with parity, baseball has currently seen a dynasty in the San Francisco Giants. Since 2010, the Giants have won three World Series Championships and they have done it in very interesting fashion as they’ve won all of their titles in even-numbered years while not qualifying for the postseason in the odd-numbered years which appears to be a trend that they are sticking with in 2015.

After a strong start this year, the Giants have fallen off of the pace as they are now 8.5 games behind the Los Angeles Dodgers for first place in the National League West and they are 10 games behind the Chicago Cubs for the final playoff spot in the NL. And with just 16 games left in the Major League Baseball season, the Giants playoff hopes are indeed on life support.

Injuries have been a big part of the Giants season and in the second half of the Major League Baseball season, they have also dealt with a very tough schedule. From August 6-September 2, the Giants did not play a game against a team that currently has a losing record and in those contests, San Francisco had a record of 10-16 which put them in a very tough spot. During that stretch the Giants were also swept by the Cubs and Dodgers while also losing series’ to the St. Louis Cardinals and Pittsburgh Pirates who are also potential playoff teams. And whereas the Giants typically begin to shifts gears in September for a playoff run, the transmission in their express hasn’t been able to get going this month. The absence of outfielder of Hunter Pence this season has hindered the Giants chances. Pence has only appeared in 52 games this season for the Giants and in his brief time in their lineup, he had 40 runs batted in. The emergence of shortstop Brandon Crawford teaming with catcher Buster Posey has been somewhat able to offset the loss of Pence in the Giants lineup. But you cannot mask the fact that Pence is the emotional leader of this club.

This season the Giants team earned run average of 3.66 is sixth in the National League as they have been paced by starting pitcher Madison Bumgarner. Bumgarner is the reigning World Series MVP and he is line this year to win his first NL Cy Young Award, but behind him there hasn’t been that much consistency in the Giants starting rotation as he is the only starter that has an earned run average that is south of 3.00. The Giants have gone with nine different starting pitchers this year due to injuries which has also hurt their rotation. Earlier this year starting pitcher Chris Heston appeared ready to run away with the NL’s Rookie of the Year Award. But Heston has cooled off as he now has a record of 11-10 with a 3.61 earned run average. Hip surgery has put starting pitcher Tim Lincecum on the shelf and it will more than likely symbolize the end of his time in San Francisco where he was a two-time NL Cy Young Award winner. And when the Giants have won World Series Championships, it has been their pitching that was at the forefront. 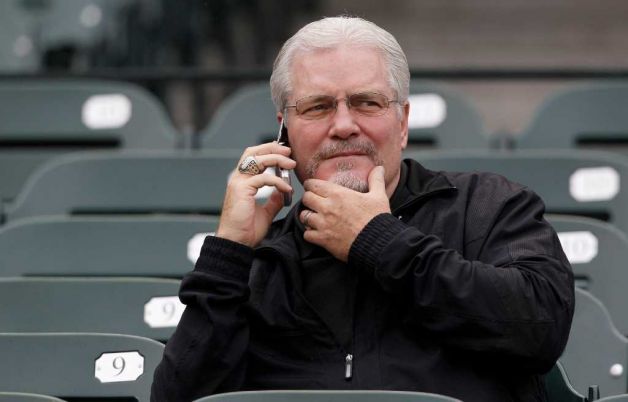 Giants general manager Brian Sabean along with manager Bruce Bochy have been pushing all of the right buttons over the past few years in San Francisco as they’ve become the envy of 29 other Major League Baseball teams. Sabean has sought out guys that other teams might have overlooked or simply given up on and Bochy makes them fit into in the system in San Francisco. But by the looks of things, the off-season will be getting started quicker than it did in 2014 and Sabean will look to tweak the Giants roster heading into 2016. Bumgarner, Posey, and Lincecum are the only players currently on the Giants roster that were there for all three World Series Titles with Lincecum more than likely moving on next year. But the Giants new core consists of Bumgarner, Posey, Crawford, and Pence, along with infielders Joe Panik, Matt Duffy, and Brandon Belt. Pence’s health in 2016 will be vital for the Giants as they will look to rebound and get back to the postseason which means that they’ll need some depth behind Bumgarner in their rotation. But the Giants have recently shown that it doesn’t take that much to get them back to the postseason and when October rolls around, they are a team that nobody wants to see.