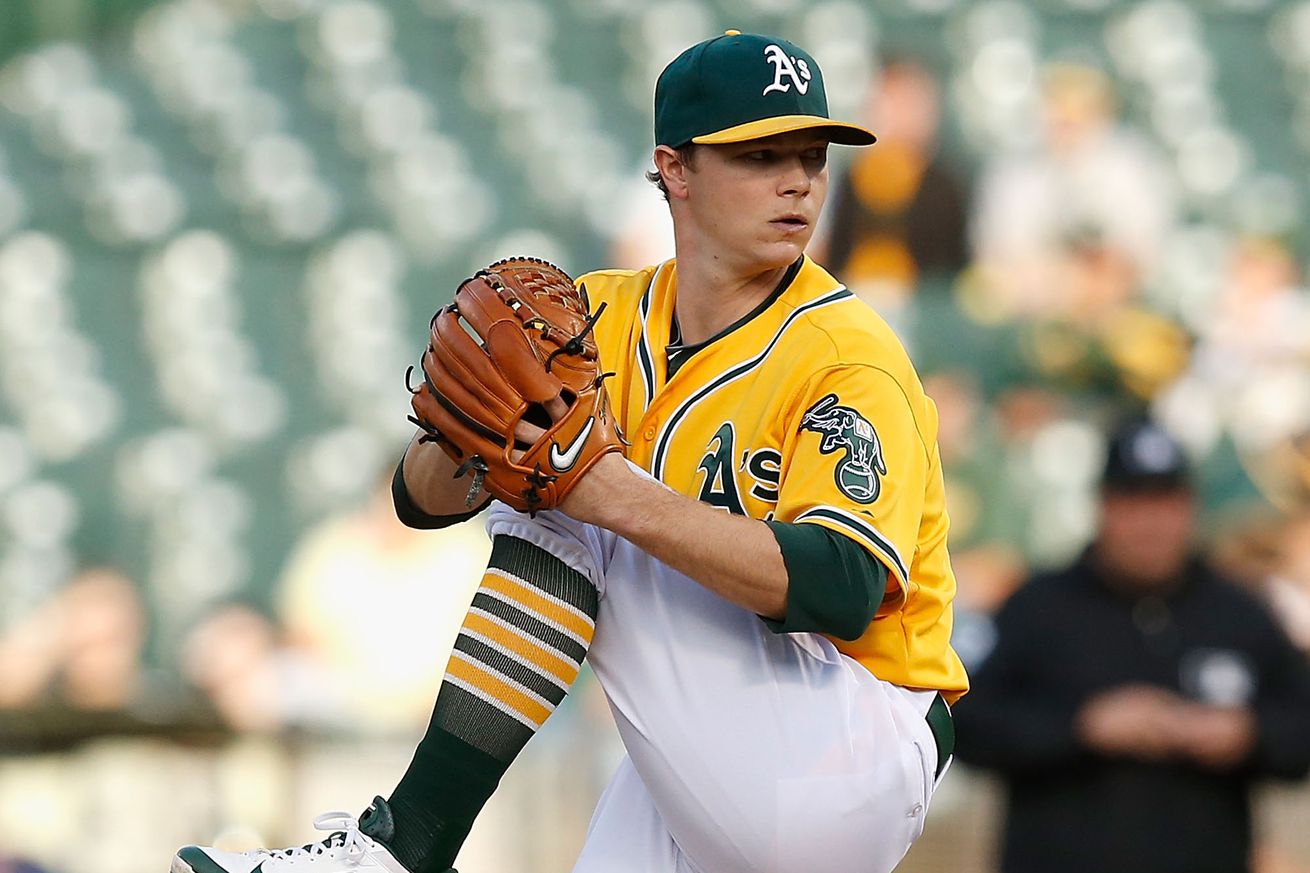 I would be extremely surprised to see starting pitcher Sonny Gray finish the 2016 Major League Baseball in an Oakland Athletics uniform. Gray was a first-round pick of the Athletics in 2011, and he has gone on to post a career record of 36-26 to go along with an earned run average of 3.18. The A’s currently find themselves with a record of 29-41 as they are 16 games behind the Texas Rangers for first place in the American League West which finds them in the basement of the division. Oakland is one of the smallest media markets in MLB and Athletics general manager Billy Beane is never one to shy away from making a trade that will restock the team’s minor league system.

Although that Gray is only 26-years of age, he is not scheduled to become an unrestricted free agent until 2020 which means that parting with him would give Beane the opportunity to load up on prospects. 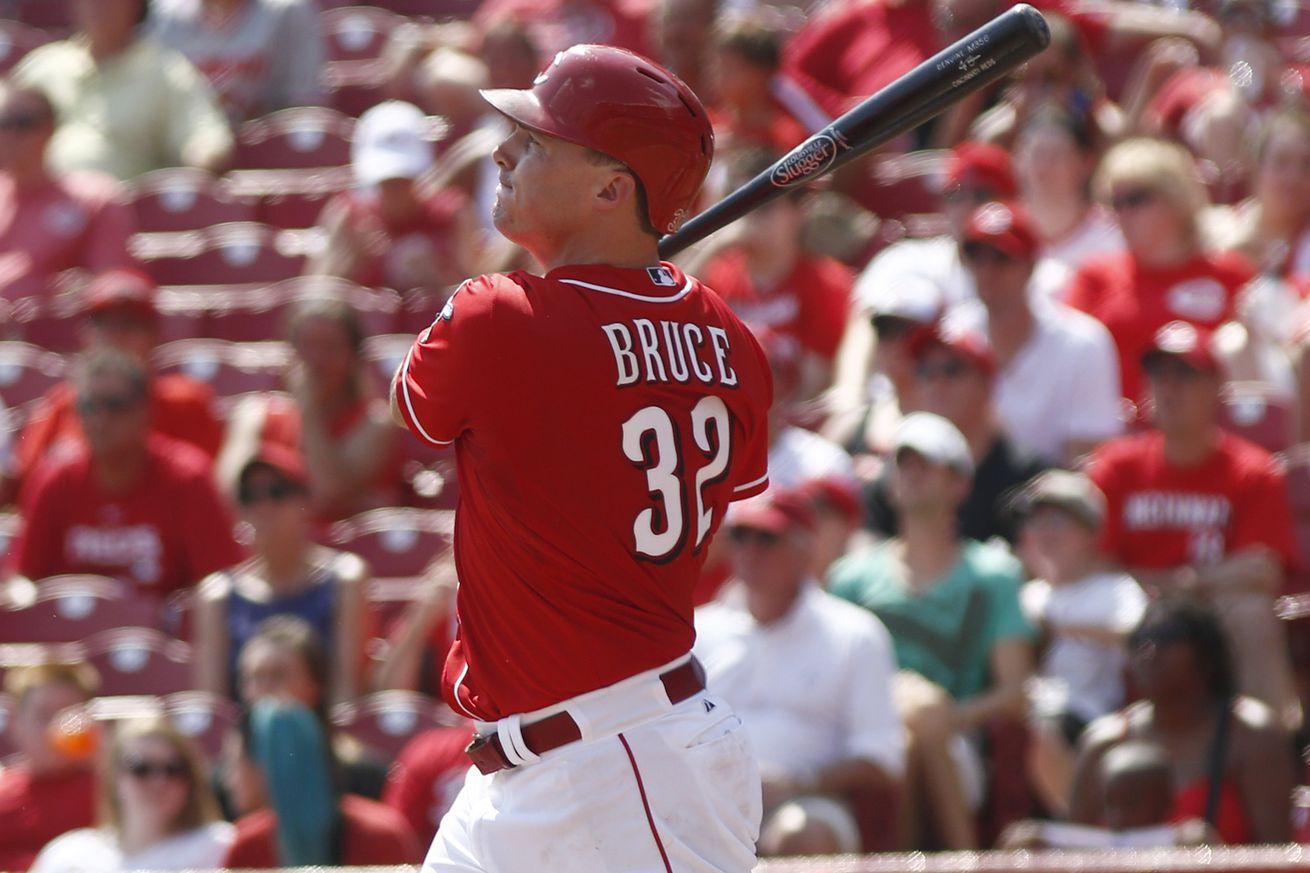 With the Cincinnati Reds well on their way to a second consecutive 90-loss season, it is time for the team’s president of baseball operations Walt Jocketty to finish the fire sale that he began over the winter.

Jay Bruce has been a lifer with the Reds as he was the team’s first-round pick in 2005 which was the prelude to him finishing in the top five of the National League Rookie of the Year voting in 2008. Bruce is a three-time N.L. All-Star who would provide depth to any potential team that he is traded to, while he is also under contract through next season as he wouldn’t be a rental.

Rich Hill is a 12-year Major League Baseball veteran that is on pace for the best season of his career. In 11 starts for the Oakland Athletics this year, Hill is 8-3 with an earned run average of 2.25 and 74 strikeouts. The A’s are Hill’s seventh MLB club, and there is a very good possibility that his bags will be packed soon as he is playing for a last place team, but more importantly he is a left-handed pitcher which is something that is always coveted at trade time. Hill only signed a one-year with the Athletics in the off-season which means that a trade for him wouldn’t see Oakland net that much in return as he would merely be a rental. Hill is currently on the disabled list with a groin injury; however as soon as he is healthy, expect the trade rumors around him to heat up.

With a record of 35-36, the New York Yankees will soon need to decide if they want to make a push for their 18th playoff appearance in the last 21 years, or do they want to become sellers before Major League Baseball’s trade deadline. And if the Yankees do decide to become sellers, relief pitcher Andrew Miller will draw a ton of interest.

Last year in Miller’s first season with the Yankees, he saved 36 games for the team. But this year Miller has been used in more of a setup role to relief pitcher Aroldis Chapman, however he has still be extremely effect with his earned run average of 1.21. At 6’7″, Miller has an intimidating presence on the mound, while his delivery as a left-handed pitcher can throw opposing batters off of their game.

Miller’s ability to be a setup guy and a closer, along with the fact that he’s under contract through 2018 would net the Yankees something in a trade, but I doubt that Miller would get shipped out of New York since the team relies on their bullpen more than other clubs.

After being out of baseball for three years, relief pitcher Ryan Madson was able to rediscover his groove last year in helping the Kansas City Royals win the World Series. With the Royals, Madson was primarily used as a setup man to closer Wade Davis. But when Madson signed with the Oakland Athletics over the off-season, he went back to being a closer.

Madson hasn’t had that many chances to close games this year for the Athletics as he only has 13 saves, but throughout his Major League Baseball career he has shown the ability to be both a closer and a setup man which increases his value on the trade market. And with the A’s out of playoff contention, along with the fact that Madson is under contract through 2018, there should be contenders that will be lining up to take him.

Relief pitcher Alex Colome is in his fourth season with the Tampa Bay Rays, and after spending his first three seasons between the starting rotation and middle relief, he is now getting his crack at closing out games for the team. Colome is making the most out of his opportunity with the Rays as he is a perfect 19-for-19 in save chances this year. And as players in the Rays organization know that they won’t be there for the long haul, Colome is simply auditioning for his next big league employer.

For all of the performance-enhancing drugs issues that have clouded the Major League Baseball career of Milwaukee Brewers outfielder Ryan Braun, he is still managing to put up solid numbers. Braun finds himself in the midst of one of his best all around years at the plate as he is batting .319 with 12 home runs and 38 runs batted in. The Brewers currently have a record of 31-40 which finds them way out of contention in the National League, and Braun could provide a contending team with a quality bat coming down the stretch.

There a flamethrowers and then there is New York Yankees relief pitcher Aroldis Chapman. After defecting from his native Cuba in 2009, Chapman signed with the Cincinnati Reds. And in six years with the Reds, Chapman saved 146 games. Over the off-season Chapman was traded to the New York Yankees where he has saved 13 games in 14 opportunities. Chapman can regularly hit 100 mph on the radar gun as his fastball at times is unhittable.

Chapman is in the last year of his contract, and with the Yankees currently possessing a losing record, it would be prudent for them to move him.

After defecting from Cuba in 2004, third baseman Yunel Escobar found his way to Major League Baseball. Escobar was drafted by the Braves in 2005 and he has been a career journeyman. Escobar is currently playing for his fifth MLB team as he is a member of the Los Angeles Angels. Escobar is currently batting .309 with 17 doubles, while he can also provide a contending team with a quality glove at third base.